Property remains one of the safest areas to invest in, with house prices, historically, having only gone one way in recent generations. That said, it’s important to do your research, because not every part of the UK has seen growth. If you are lucky enough to be in a position to invest in the property market, it’s worth checking how some of the UK’s finest city centres have evolved over the years. Try SunLife’s ‘then and now’ tool and see for yourself how UK cities are evolving. 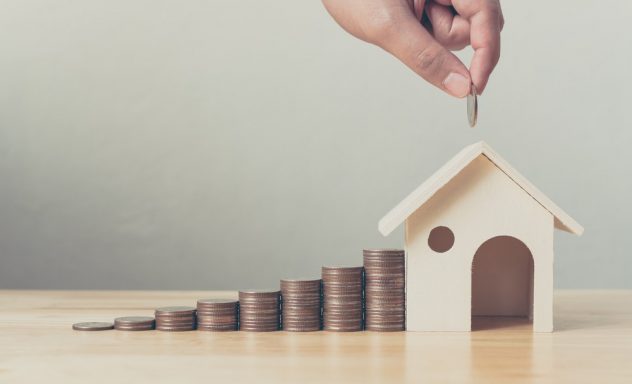 It’s not enough to buy a house that will produce a high income from rent. You also need to make sure you choose an area where sufficient people are interested in buying or letting and where prices are likely to increase steadily.

Sounds tricky? Don’t worry, lots of expert advice is available. For example, LendInvest conduct a quarterly survey to find the best cities for buy-to-let opportunities, basing their research on four metrics: rental yield, capital gains (the profit from a sale), rental price growth and transaction volume growth. We’ve done some research too and here are some of the best cities in the UK to invest in property.

It’s unsurprising that Colchester tops the bill. Britain’s oldest town comes complete with Roman ruins, medieval wood-beamed buildings and is bisected by the calm waters of the River Colne. With an Arts Centre and the University of Essex nearby, there’s no shortage of cultural activities on offer and the area also has some excellent schools and boasts good transport links. London is only an hour away by train, whilst nearby Ipswich can be reached in twenty minutes.

House prices are rising steadily alongside increases in the rental market, making this a great place to invest.

This rapidly-growing East Midlands town is one to watch. According to LendInvest, “it is now the only market in the country that has enjoyed capital gains upward of 10% in the past 12 months”. It has an attractive town centre and boasts 170 parks and other green spaces.

Northampton’s popularity stems predominantly from its status as a commuter destination. According to Trainline, there are 96 trains a day between Northampton and London Euston, a journey which takes an hour and 72 trains a day to Birmingham, taking on average 1 hour 8 minutes.

In recent years, the city has seen multi-million-pound regeneration projects – such as its commercial centre, Spinningfields – and has a great arts, restaurant and music scene. Manchester is well-connected to the nearby cities of Liverpool and Sheffield, as well as having a large international airport. The Peak District is also right on the city’s doorstep, meaning Manchester is a great city for nature-lovers as well as urbanites.

For the Property Hub, Manchester is the number one UK city to be investing in. They explain that this is because “prices are rising rapidly, yet yields still average twice those on offer in London. Around 30 per cent of Manchester’s housing stock is in the private rented sector, with a six-figure student population underpinning demand for HMOs and flats”. This means there will always be a huge rental demand for houses.

This Midlands city is a vibrant, ethnically diverse metropolis. In 2016, research by LSE revealed that it has the most multicultural high street in the country, with shopkeepers from 23 different countries. The city is also proud of its 2000-year-old history, particularly demonstrated by its new King Richard III visitor centre. Leicester has excellent transport links, with over 100 trains to London every day (journey time 1 hour 6 minutes). It’s also well-connected to Birmingham and Manchester, both by road and by rail.

The city is a popular place to live in the UK and rental growth is increasing steadily and rapidly alongside capital gains.

Norwich is a compact medieval city which, according to local legend, once housed 365 pubs and 52 churches. With low crime rates and excellent schools, it is a popular place for young families. However, Norwich also enjoys an international reputation as one of the world’s first UNESCO cities of literature and hosts numerous literary festivals and talks from world-renowned authors, which makes it a fascinating place to live.

Although Norwich is not quite as well connected as some of the other cities on this list, the recent widening of the A11 carriageway has improved travel times. London can be reached in around 1 hour and 50 minutes by train and Cambridge in around 1 hour 30 minutes by road and rail.

House prices have climbed rapidly in the past year and are set to continue doing so. With a large student population from two universities and many graduates choosing to stay on in Norwich, rental demand is high.

Liverpool is an underrated gem of a city, with a great shopping, arts and music scene and a far lower cost of living than can be found in London. Some areas of the city are a UNESCO world heritage site, including Pier Head, an iconic waterfront area perfect for an evening promenade.

Like Manchester, Liverpool is also a rapidly growing northern city that has seen huge investment and growth in recent years and is also benefiting from large-scale job creation. With four universities located nearby and 60% of graduates choosing to remain in Liverpool after their studies, there’s massive demand for long-term rental properties.

In summary, there are two avenues to pursue when investing in property in the UK. One is to look north, where vibrant, rapidly-regenerating cities and low house prices create a fertile market. The other option is to focus on commuter towns that have good transport links to London and considerably lower prices than the capital.

To make the most from your property, this feature on increasing the value of your home is also worth a read.

The ultimate investment guide: How to safely invest in the UK market