Technology is fast growing and is literally taking over every sphere of our lives. From sending e-mails to blogging all through to connecting with loved ones on social networks, everything nowadays is almost dependent on technology. It would not be an exaggeration to say social media is now officially part of our modern lifestyle. 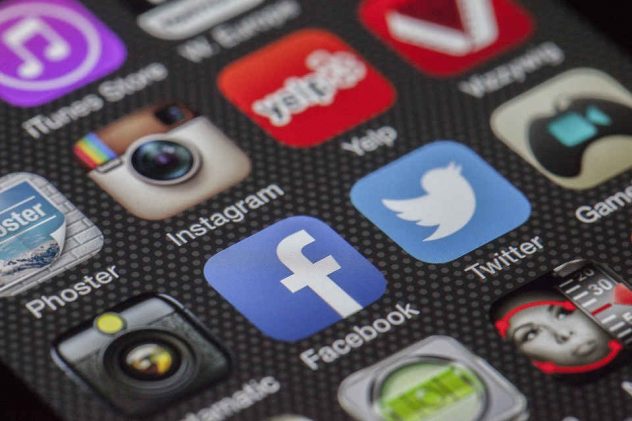 Social media platforms are not only used for socialization but also as a tool for marketing, public relations and advertisement. And there are many social networks that make that possible.

Here is a quick look at 5 of the world’s largest and most influential social networks:

Facebook is no doubt the undisputed king of social networking. Having started out in 2004, the social media network has grown tremendously in terms of the number of users and networking features. With Facebook one can share updates, post & videos and even chat with friends with the Facebook Messenger app. The same platform allows users to connect with corporate bodies, professionals, public figures and celebrities quite seamlessly.

With the recently launched Facebook Live feature, users can live stream and converse directly with other people from anywhere in the world. And there are plenty of other Facebook features that make the platform appealing and easy to use. As of March 31, 2018, the total number of Facebook users sat at a staggering 2.20 billion people. And the number keeps growing on a monthly basis. Currently, Facebook is the leading social network with a massive 66.92 percent of market share.

Founded in 2010, Instagram has grown to be the second most influential mobile social networking platform after Facebook. By March 2018, the social media site recorded 800 million active monthly users and 500 million active users daily. Instagram has witnessed more than 40 billion photos since it started. Apart from posting photos, the platform allows users to share videos and/or posts with followers using their phones from anywhere in the world. It is also an avenue where businesses, both big and small, market and advertise their goods and/or services.

Twitter is a micro-publishing app that allows users to post/or share messages using 140 characters or less. Founded in 2006, just 2 years after the launching of Facebook, Twitter has been a great platform for sharing posts, photos and short videos. One of the most outstanding Twitter feature is the Hashtag(#), which allows users to reach a larger audience and create a movement to champion various issues. The number of active monthly Twitter users is currently estimated to be 330 million people with total number of tweets sent each day standing at 500 million. A sizable number of Forex traders, marketers, advertisers and entrepreneurs have made use of this platform advance their agenda.

LinkedIn has consistently recorded amazing user statistics ever since it was launched in 2003. The business network, which was mainly designed for professional and corporate bodies, has grown to a total of 500 million users. The number of active LinkedIn users as of February 2018 was 250 million. 40 percent of the total number of the users is reported to be using the platform on a daily basis. A huge chunk of the people using LinkedIn include corporate companies, fresh graduates, accountants, Forex traders among other professional seeking to share work ideas or employment experience.

Pinterest, which was launched in 2010, is a web and mobile app social network that’s designed to allow users share photos/ images and videos on a shorter scale. Users can share everything from recipes to home ideas, fashion trends all through to shopping tips and more. Currently, the total number of active Pinterest users is at a whopping 175 million and the total number of pins stands at 50 billion+ since it started.

How is social media affecting the financial market in Spain?

Spain is no doubt one of Europe’s well performing economies based on their solid capital markets, money & banking systems as well as foreign exchange. The coming of social networks like Facebook and Twitter has really impacted Spain’s financial market greatly. For instance, forex traders and brokers now depend on social media sites for trading news, analyses and expert trading tips.

Information on Twitter, Facebook and Google blogs also has the power to manipulate the performance of the financial markets in Spain. James Allan Craig, from Dunragit, was charged in 2015 in the US for allegedly spreading fraudulent information on Twitter about certain companies in a bid to manipulate share prices. With that single and obviously short tweet, shareholders reportedly lost a staggering $ 1.6 million. Another notable example is the 2013 fake AP tweet that asserted White House has been bombed and Barrack Obama injured leading to loss $130 billion dollars in value within minutes.

While social media offers the benefit of gaining swift access to the latest financial news, tips, market projections and instant chats with other traders and brokers, it also has the negative side. Fake tweets and posts from prominent market stakeholders have the power to take the financial market to the drain in just minutes. Social media is hence like a double edged sword, which should always be wielded to the positive side in order to enjoy maximum benefits.

Setting up your shop via your blog

Top reasons for you to use Instagram for eCommerce websites