The history of Britain in Latin America is long and illustrious. Even though many entrepreneurs from the UK are not aware of any common ground between them and their counterparts in Latin America, there is an extensive history to prove that relations have been warm.

To start off, Britain was a huge supporter of the independence movements across the region in the 19th century. Britain fought side by side with forces from various countries thus cultivating relations with the new countries. In addition, Britain was a key partner in the construction of new infrastructure in the new countries. Many Brits indeed settled and contributed to the rise of the young industries in countries in Latin America. 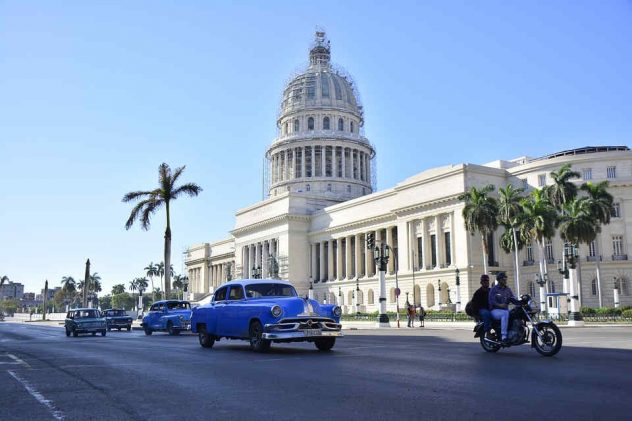 Furthermore, the trade has always been great between Britain and the region. In the modern day, the image of Britain in the Latam region has definitely improved a lot – owing to recent important events that have showcased the UK to the world. The desire for British goods is thus visible in most Latin American countries. The economies of most countries in this region have also improved significantly over the years. As Britain charts a new path in the post-Brexit period, it will be definitely crucial to look at possible opportunities in Latin America.

Why you should consider investing in Latin America

Latin America offers many benefits for British investors. A country like Chile has enjoyed a strong economy for a long time and there are real returns to investments expected from there. In addition, this region is home to over half a billion people. That market is definitely big enough to provide support for various British goods. In addition, Latin America has 19 countries that all have a great business environment. The GDP of this region has also been on a constant growth in spite of the challenges in other markets. There are thus many opportunities that British entrepreneurs can explore in this market.

Latin America is endowed with many natural resources. One major area that still harbours potential for investors in the area of mining. The amount of gold, iron ore and copper that are estimated to be in the region is substantial. A country like Peru relies heavily on mineral revenues to support its various sectors of the economy. The regulations in the country also allow for foreign investment in this field. Considering that there are already foreign players on the ground, the sector is still up for grabs for others who might want to venture into mineral exploitation.

Lithium is also available in significant quantities in Latin America. Considering the demand for the mineral that has been created in recent times due to technology, the mining of the mineral can have good returns for investors. Chile, Bolivia, and Argentina are some of the countries that will be at the lead in the market in a few years as the exploitation process picks up the pace.

Opportunities in the goods and services sector

Other than investments in mining, there are also opportunities for services and goods in the various markets in Latin America. There is a sufficient young population that is interested in consuming technological products as well as other kinds of consumer goods. The countries in the region are also ready for investment in other areas like healthcare, banking, and infrastructure among other fields. There is no denying that globalization has had tangible effects in Latin America. The market is thus more open to products from the world and Britain can definitely take up some of the opportunities.

Considering that the population dynamics, economy and social trends in Latin America are on an upward trend, there is a strong evidence that the market will only get better for investors who take up the opportunities available quickly. The areas that are ripe for investment in this region are so many and they all have great prospects.

Britain will be looking for new opportunities in new markets across the world in the coming years. One of the best places that British entrepreneurs can consider is Latin America. The current indicators show that the chances of making worthwhile investments in the region are now higher than ever before. Considering that the forecasts on the region are also great, British entrepreneurs can expect their investments to be secure for the foreseeable future.

GB inaugurates a new look for a new era

5 common misconceptions that may hinder you from investing

Dominic Lill - April 9, 2015 0
The much-anticipated launch of Apple’s first foray into wearable technology on April 24 will mean a new platform for many of the world’s most...