With the World Cup less than a week away, it is an exciting time for the British economy. The UK is set to receive a £1.3 billion boost in its economy from fans and well-wishes following the beautiful game during June and July. Figures show this could increase to £2.72 billion if the UK reach the final. 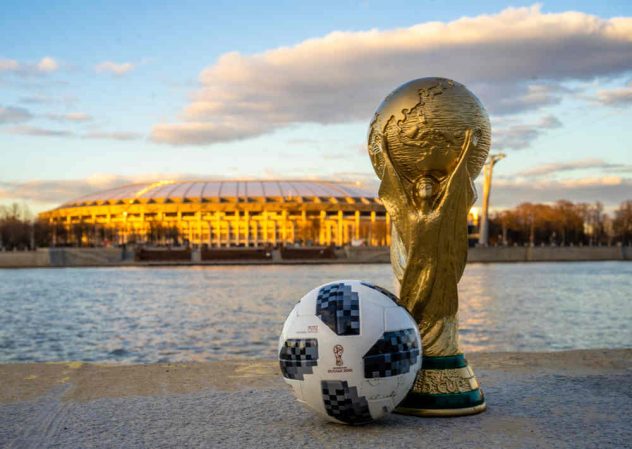 Restaurants and bars expected to win

With the first 3 England matches taking place at 7pm and 1pm, restaurants and bars are expected to benefit from the solid two-hour stay of customers. £193m is expected to be spent on food and beverage alone in the first few matches, with similar amounts spent by households looking to entertain and watch at home with friends.

Football fans will be showing their support for their national team and emulating their sporting heroes by spending up to £264m on sportswear. Football jerseys are currently prices around £70 for adults and around £45 for kids. Other major retailers and supermarkets jump on the bandwagon with branded England t-shirts, footballs, lunchboxes, toys and more – with heavy promotion already from Lidl and the England squad.

Football summer camps and soccer centres are ready to thrive by kids being inspired by their heroes on the big screen. Elsewhere, world cup videos games and Panini sticker collections are hugely profitable. The Guardian reported that Panini made over £120m from sticker sales in South America alone in the last world cup.

Betting on the winners

From first scorer, golden boot and outright winner, bookmakers in-store and online are expected to see big returns in this world cup. With over £1bn reportedly spent in the last world cup, fans will be attracted to free bets and signing up bonuses – with bookies seeing their latest returns from upsets. Currently, Brazil are favourites to win the competition at 9/2 with Germany outright winner odds, just behind them at 5/1.

What’s in a name? Shoppers prefer businesses with full marks in spelling