In disadvantaged areas and in developing countries, government services are under immense pressure to solve societal challenges, including those related to public health, education and crime. Governments of the richest countries in the world still have to manage finite budgets, so those in poorer parts of the world are unsurprisingly under immense levels of strain to provide enough funding for each and every important and crucial cause. 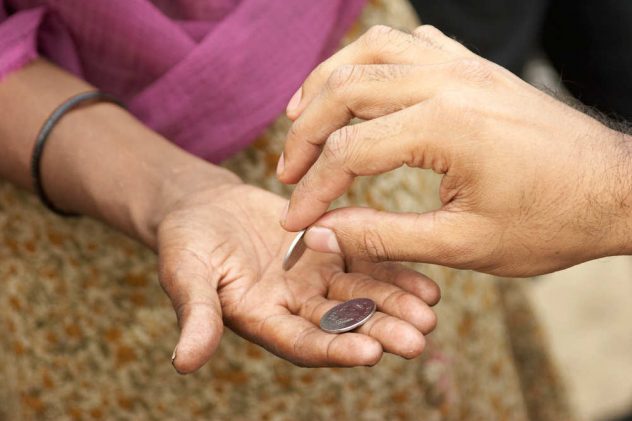 And thankfully, the gaps in public funding can be, and largely are, filled by the efforts of charity, and for Indian-born billionaire Tej Kohli, philanthropy is fundamental to making a difference in the areas where government funding unfortunately comes up short. Philanthropists recognise the potential in every community, but also understand that these potential needs to be nurtured with the right conditions and interventions, in order to make changes including good quality, age-appropriate education, access to healthcare and safety.

But one part of the process where philanthropy can miss the mark, unfortunately, is directing important work through larger foundations. These organisations can often be prone to the bureaucracy problems that face any large organisation, being bogged down with having to balance the act of carrying out meaningful activity with recording it all meaningfully and without too much paperwork.

Also, work can take longer to sign off, as it must go through complicated approval processes involving workers with many priorities. In addition, financial support often has to go through many layers within larger organisations before getting to the people who need it, which is an inefficient process. And the nature of many charitable causes is that they’re often time-crucial, and require rapid responses to help in moments of need and crisis. Delays caused by larger organisations can also hold up plans, such as building work, and complicate processes.

For Tej Kohli, charity work is of utmost importance, and for this reason, his foundation, the Tej Kohli foundation, prefers to work with community organisations directly, ones that are already working on the ground with communities, or setting up a small grassroots group to deliver philanthropy work. Founded in 2002 by Tej and his wife, Wendy, the foundation is committed to fighting poverty, illness and ignorance around the world.

This approach has worked well for the Tej Kohli Foundation in Costa Rica, where it works to provide food, support and education scholarships to under-privileged children, through local and established partners, as well as setting up its own grass-roots organisations, complementing government services to help the spread of disease, and improve education and infrastructure. This approach ensures that important philanthropic work and investment can make the biggest impact possible

The importance of educating under-privileged children

Education is one of the most basic human rights, enshrined in the Universal Declaration of Human Rights and the UN Convention on the Rights of the Child. Yet, across the world more than 50 million young children, and even more adolescents, are out of school, and more than 120 million children don’t complete primary education – a milestone many of us in developing countries take for granted.

This denies children access to good jobs, the chance to escape poverty and provide for their own families, to contribute to and develop their communities and beyond – which also robs society as a whole. It is for this reason that education is an investment, not only in current generations, but future mankind, helping to reduce poverty and inequality, and set the foundation for sustained, competitive economic growth. It helps secure a future of health and agricultural advances, as well as private and public sector growth, and allows children to grow up and becoming involved in political processes.

Good and widespread education also boosts life expectancy and quality of life, reduces maternal deaths and helps to combat diseases such as HIV and AIDS, as well as lower rates of child marriage, and promote peace.

Many of the children missing out on vital education live in countries afflicted by conflict, poverty, disaster and epidemics. And in some cultures, girls are kept at home and away from education once they reach puberty.

This has long been a challenge for philanthropists and charitable organisations, and for billionaire philanthropist Tej Kohli, charity work is crucial to alleviating and solving the problem – and the return on investment is incomparable.

Through his Tej Kohli Foundation, Kohli works to provide food, support and education scholarships to under-privileged children in Costa Rica, through local established partners and its own grassroots organisations, complementing government services on the same mission.

For Tej Kohli, philanthropy is a big piece of the solution to getting more children and adolescents in, and through the entirety of, education, through early intervention. This isn’t an easy, nor a cheap, task to do, but it has the potential to mobilise entire communities, boost local and national economies, and help to fight problems including terrorism, other violence and even tackle the health problems associated with the use of herbal medicines in some communities around the world.

It’s a big undertaking that requires the investment of trained teachers, building infrastructure to use as schools, resources to use in the schools, transport to ensure the accessibility of local children, extra support for disabled pupils, and constant monitoring to ensure results.

On the positive side, there are more children in education today than ever before. For example, in 1950 the average level of schooling in Africa was less than two years. It’s now more than five years, and in East Asia and the Pacific, the schooling of the population increased from two to seven years between 1950 and 2010. And early education is more likely to pave the way for a lifetime of learning.

The good news about NHS procurement

How to measure the ROI of a content marketing campaign