With this year’s Mental Health Awareness Week having now drawn to a close, here are six points for HR and particularly fleet management professionals to consider to keep this vitally important issue in focus when it comes to not only employees who drive as part of their roles but also those who commute. 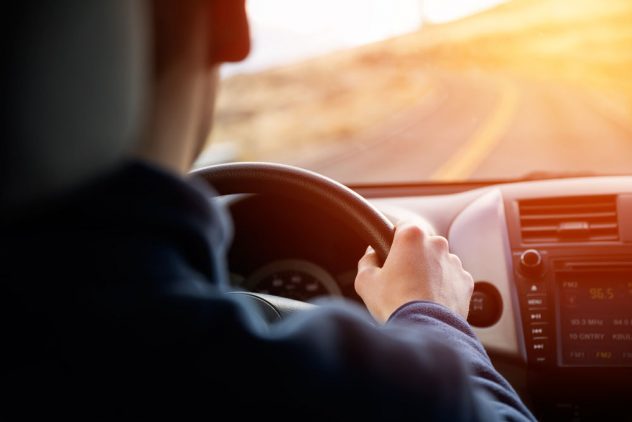 Driving has been classified as an ‘at work’ activity since the Health and Safety at Work Act’s introduction in 1974, reinforced latterly by the Corporate Manslaughter and Homicide Act 2007 and the Health & Safety (Offenses) Act 2008.

Importantly, their scope is much wider than solely staff who drive regularly as part of their roles. Employees who commute to a fixed place of work plus those who occasionally drive to business appointments in company cars or their own grey fleet vehicles are very much included and so are external contractors who also need to be shown a duty of care. ‘At work’ driving encompasses ad-hoc journeys to meetings, events, training, site visits and deliveries, including those made outside contractual working hours.

Lee Wolstenholme, managing director of Vehicle Consulting, presents six suggestions on considerations that organisations can take into account to make work more comfortable for personnel who face mental health challenges, which the latest NHS figures show have accounted for psychological therapy referrals climbing by 35% in just the last three years.

Addressing the more formal side of work-related driving first, businesses and other entities should ensure that they request annual health declarations from their driving employees as part of their occupational health policies. Medication commonly prescribed for depression and anxiety such as the SSRIs and SNRIs called Duloxetine and Citalopram can cause drowsiness, as can lack of sleep, so tact and sensitivity need to be shown when communicating with personnel who may appreciably be reluctant to discuss such matters out of embarrassment or even fear of losing their jobs.

To safeguard their employees and the wider public, to make best use of their assets and also to reduce their insurance premiums, organisations need to remember that the DVLA legally obliges motorists to inform them if they are diagnosed with more visibly apparent mental health conditions such as seizures, convulsions, fits or paranoid schizophrenia. However, drivers are also required to divulge if other more hidden challenges such as post-traumatic stress disorder (PTSD), obsessive compulsive disorder (OCD), paranoia, agoraphobia and bipolar disorder are serious enough to impair their ability to drive safely. A transparent culture when it comes to mental health will ensure that risk is minimised, insurance cover maximised and brand reputations protected. Telematics hardware or app solutions can assist by providing real-time and overall pictures of driver behaviour.

When it comes to staff who occasionally suffer from panic attacks, for example, it would unarguably be beneficial for all parties if an understanding was reached whereby they could arrive at and depart from work slightly later than normal in order to avoid stressful, anxiety-inducing situations such as rush-hour. Rather than such workers feeling forced to take a day off sick, productivity and momentum would be maintained.

If an employee is experiencing a prolonged period of poor mental health that makes the daily commute seem daunting to them, a growing number of ride-sharing and car-pooling platforms like BlaBlaCar are launching enabling people to search for drivers offering spaces in their vehicles. After identifying who will be travelling in the desired direction at the required time, it’s then possible to read drivers’ properly-vetted IDs to find one that seems a good fit. When it comes to ad-hoc business trips, it may be sensible for another staff member to accompany a colleague if they show signs of being unwell. Similarly, if an employee isn’t feeling mentally well enough to drive to work on a given day, understanding can be shown if they take public transport but the times of the connections don’t tally with normal hours.

Workers who suffer from anxiety may feel more comfortable with driving a car fitted with an automatic gearbox, taking the added unease out of driving by removing the need to change gear, which can be particularly phasing for nervous drivers in stop-start traffic queues at peak times. User-chooser company car policies can perhaps reflect this choice. On the other hand, some staff may prefer to drive their own vehicles and opt for cash instead of a company car, so organisations can try to make such flexibility a part of their policies wherever possible.

With Bluetooth now fitted to almost all new cars and vans it’s all too easy for colleagues, managers and others to phone people when they know they will be in the car, perhaps perceiving such opportunities as ideal for speaking. However, employees who suffer from anxiety could typically find the process of driving from A to B daunting enough on its own, so adding a potentially complex telephone conversation to the mix could exacerbate their stress. Unless absolutely necessary, delaying phone calls until a later time can go a long way in keeping such drivers safer behind the wheel.

The saying ‘a problem shared is a problem halved’ is something colleagues can think about following someone having divulged, potentially fearfully, that their mental health isn’t good. A gesture as simple as swapping parking spaces to make life more comfortable for an anxious co-worker could significantly boost their work morale.

While the standard fitment of advanced driver assistance systems (ADAS) is playing a key role in keeping all road users safer at a time when the UK’s traffic levels have reached an all-time high with 324 billion miles travelled in 2017, it’s clear that HR and fleet managers can contribute to addressing the not directly related but similar trend in mental health.

Lee Wolstenholme is managing director of Vehicle Consulting which supports various mental health and other charity organisations in the North West.

Should you buy or lease your car fleet?

Why should fuel management be a priority in fleet-led organisations?