It might seem like many moons ago now, but it really wasn’t long ago that one of the biggest construction companies in the UK fell to the ground. Thousands of jobs were lost, even though the contracts that they had still had to be upheld. 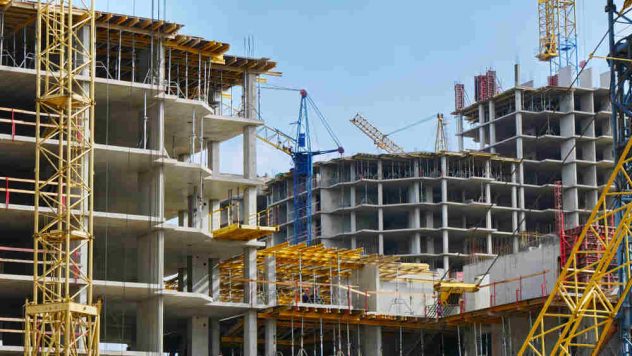 There’s a few underlying reasons why this happened to such a big company, who from the outside, might have seemed like they had it all figured out. When internally, the systems that they had in place were just not working. For reasons that we will discuss today, Carillion isn’t going to be coming back, unless of course an extremely rich benefactor tries to bring it to life from the ashes. But we want you to learn from some of the mistakes they made, and you can do so by reading the following information.

Taking too many risks

Business is just one big risk, we all know that to be true. In life, we sometimes do have to take risks, but we can all admit that there has to be a line drawn somewhere, and this is something that Carillion definitely forgot to do. Whilst the company was already struggling to maintain the contracts it had, it continued to take on more risky contracts in the hope of building up their profits. However, all it created was more hassle for the company, No matter what niche your business is in, you’re going to encounter setbacks, and setbacks ultimately cost money. The contracts that they were taking on weren’t exactly low profile contracts either. They were making deals with the likes of the government, people you definitely don’t want to get into money trouble with.

Building up too many debts

Aside from taking on too many risky contracts, the company had a mountain of debt that it was yet to pay off. So whilst they might be getting paid from the new contracts, it still didn’t cover the large amount of debt that had behind their name. Company debt recovery was not possible due to the debt being nearly 800 million. However, the company still persisted, and the banks were reluctant to lend them even more money to carry out the contracts they had agreed to. The company issues three profit warnings throughout the years of 2016-2017, all of which it never recovered from. If there’s any lesson you’re going to learn from this article, it’s that you should most definitely focus on the debts you have, before making more of them.

This is something we mentioned slightly earlier in terms of the setbacks that might cost money. Every contract is given a set budget, but this budget has to be stretched if the circumstances require, which did put the company under a lot of pressure. For example, the Midland Metropolitan Hospital in Sandwell was delayed a few months due to issues with heating and electrics, costing the company hundreds and thousands in delays. A few of these issues stacked up on top of each other is what ultimately brought the company down.

We hope that this article has helped you see the light on the mistakes you might be making, before you follow in the footsteps of Carillion!

5 common mistakes to avoid when starting an online business

How low-quality power can cost your business money

Which is the better city to live in, London or Amsterdam?

Top tips for starting a business in your 20s

Why debt write off is often too good to be true

Can you get life insurance for business owners?

Dominic Lill - May 31, 2018 0
Having your website optimised for search engines is extremely important to ensure that you are able to get as many leads as possible. For...
We use cookies. To learn more, read our Privacy Policy.Ok