Opportunity can come from any source and at any time, it’s about how you respond. A good idea is just that unless it is seized upon and nurtured into something successful and the people on this list did just that. As in life, there can be a lot of dumb luck in the business world. People can be born into good fortune, get lucky in a business deal or just fluke some success by catching the right opportunity at the right time. 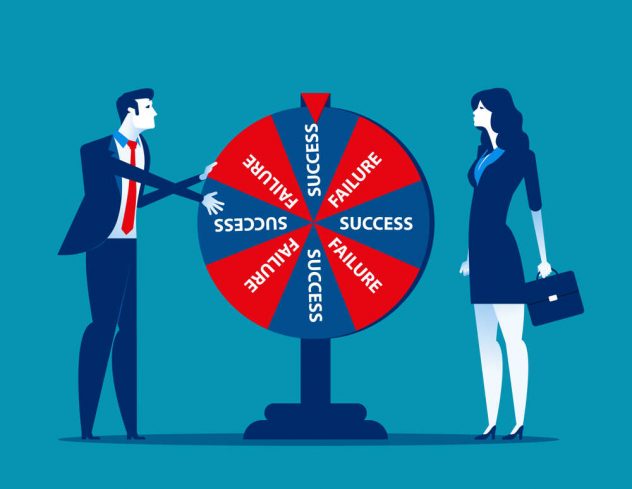 With this in mind, business leaders across the world are prone to superstition. The Moscow Times has written that it is considered insulting and a source of misfortune if you shake hands across the threshold of a door. In China, it’s discouraged to hold a meeting at 4 o’clock because, according to research by Betway, the word ‘four’ in Chinese is similar to the word ‘death’ which is why it has become a source of superstition.

The people on this list must have followed these guidelines closely to get these opportunities to fall at their feet. They all experienced more than their fair share of luck but every single one of them had the presence of mind to take advantage of these projects and turn them into something bigger. Let’s take a look at the names.

Back in 1947, Ed Lowe was working for his father’s sawdust company when a disgruntled neighbour knocked on his door. Her cat’s litter tray was empty and she asked Ed for some sand to fill it. He offered her another of her father’s products, an absorbent clay used for factory floors, “more to get rid of her than anything else,” Ed explained.

But his neighbour returned for more and, sensing an opportunity, Ed set about expanding his operation. He offered it around to local pet stores in five-pound bags labelled “Kitty Litter” in grease pencil. It proved a smash success and Ed set up a wholesaler to sell the product to pet stores and supermarkets. He sold his company for $200 million some 45 years later.

Some of these opportunities are more of a gamble than others. This one definitely had its fair share of fortune but helped create one of the world’s largest shipping companies. In the early days of FedEx, Fred Smith’s company was in a dire situation. He was denied a crucial loan and with a $24,000 debt, he was up against the ropes. So, Smith took a gamble on his finances by, well, gambling with his finances. He took the company’s last $5,000 to Las Vegas and managed to turn it into $24,000 by playing blackjack. It’s safe to say the gamble paid off.

No good can come from a delayed flight unless, of course, your name is Lang Hancock. The Australian mining magnate was due to fly from Nunyerry to Perth with his wife but was forced to delay. The story goes that bad weather forced Hancock’s flight to travel far lower than usual through the Hamersley Ridges. It was there that Hancock discovered the world’s largest iron ore depository. He lobbied the government for ten years to get the rights to the site and became one of the wealthiest people in Australia.

Swiss engineer George De Mestral was taking a morning stroll through the countryside in 1941 he grew curious as to how the seeds from greater burdock became stuck to his clothing. Under closer inspection, he learned that there were microscopic hooks which became adjoined to the softer surfaces.

De Mestral set about employing the technology to create a new fastening system. Velcro was born and, thanks in part to its use by astronauts in outer space, it spread in popularity. De Mestral spent the rest of his life living off the royalties.

In 1859, Robert Chesebrough was a young man working in the oil industry. He visited an oil well and noticed that workers were smearing an unknown oil by-product on their skin to heal their cuts and burns. Intrigued, Chesebrough took home a sample to test and set about purifying the jelly. He set up a company to manufacture the product, now known as Vaseline and travelled across America to sell the product and within two years, they were selling a jar a minute.

On a winter’s night in 1905, Frank Epperson unwittingly discovered one of the great joys of summer. The eleven-year-old left a mixture of water and soda powder in a glass with a stirring on his porch overnight. The following morning it had hardened and, in the process, young Frank had invented the Popsicle.

It took a few decades for Epperson to utilise his idea. He bought the patent and set up royalty arrangements with the Joe Lowe Corporation. Epperson made millions from the product and later sold the company to Unilever for over $150 million.

Even researchers can get lucky with their discoveries and Arthur Fry is just that. Working as a 3M scientist, Fry attended a seminar in which a fellow researcher mentioned the discovery of a weak but reusable glue he had yet to find a purpose for. It took some time for it to dawn on Fry that he could use this on paper. Originally, the American thought it could be utilised on bookmarks but that product later developed into the post-it note. Today, over six billion of them are sold which led to one very happy retirement for Fry.

Running a start-up: how to turn failure into success

Dominic Lill - July 18, 2017 0
James Oakes, director at ZEAL Investments tells Talk Business about his experience of starting a business but failing to making a success. Now as a successful...