According to the UK Powerhouse report, Nottingham is the fastest growing city economy in the East Midlands, ahead of both Derby and Leicester.

It was also found that job creation in Nottingham was higher than in the other two cities in the region. Robust manufacturing and logistics sectors, a strong financial sector and one of the UK’s premier food and drink hubs are to thank for the growth, and the jobs market in the city is looking equally positive. 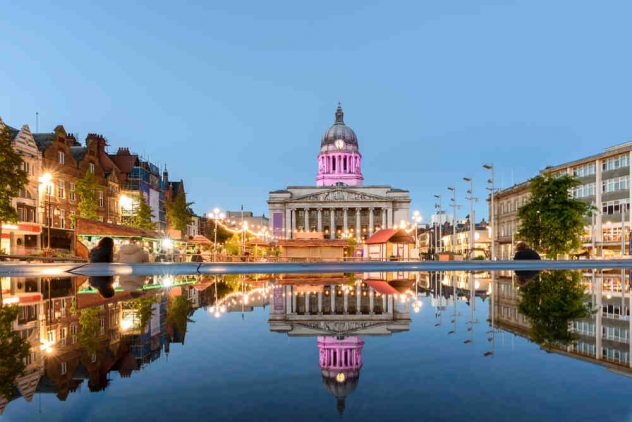 The report also went on to predict that the city economy will grow by close to 15% in the next decade and that technology will play a big part in the city’s future. This growth is predicted to increase the number of jobs in the sector by 25% and Nottingham is well placed to capitalise.

The food and drink sector already employs close to 20,000 people in the region, in companies ranging from global producers to high street and artisan players. These organisations benefit from the excellent transport and logistical links the city offers but also from business support initiatives such as the local Food and Drink Forum and the Southgate Food Park which plays a dedicated host to the companies operating in this sector.

A reason for Nottingham’s growing food and drink sector is the world-leading research into food manufacturing and crop and animal production which is being undertaken at the city’s two universities. Not only does this make Nottingham something of a breeding ground for innovation in the sector but guarantees a supply of new talent into the local job market in the form of graduates.

The finance and business services sector is the biggest employer in Nottingham and the surrounding areas with well over 125,000 people working in it. Global and national institutions operate in the city with Experian, TDX Group and Capital One basing parts of their operation here.

If you work in any of these industries, then Nottingham and the surrounding regions could be a prime destination if you are looking to take the next step in your career.

Quick access to the M1 and A1 means that a vast percentage of the UK is accessible within four hours from Nottingham. From Dover to Glasgow most of the UK’s major hubs and cities are reachable from the Nottingham city region which places it in a fairly unique situation and is a big draw for many haulages, supply chain and logistics firms.

As such, the sector employs over 40,000 logistics professionals and is growing. Alongside a strong logistics set up is a complex and advanced manufacturing arm. Nottingham plays host to companies involved in every part of the manufacturing lifecycle and companies such as Rolls Royce, Bombardier and Romax Technology are based here. As with the food and drink sector, the city’s two universities provide a constant stream of talent into these sectors.

With a number of growth industries in the region and ample opportunity for further growth in these and other sectors, Nottingham is well placed economically and can be considered a good destination for job seekers in the industries. This is by no means all that Nottingham has to offer, merely a snapshot of some industries which are thriving in the area. So why not search for jobs in Nottingham in these industries and more to see for yourself what the city has to offer?

Should you be considering an apprentice?

Truck driver shortage a problem for the long haul