A career in software development is a very modern and dynamic career path, which is constantly evolving. Digital Commerce is on the rise and now is as exciting a time as it has ever been to be a software developer, either as a freelancer or as an in-house developer working full-time. The very nature of the work enables some of the best and brightest developers to follow fulfilling, well-paid careers, which take them all over the world. 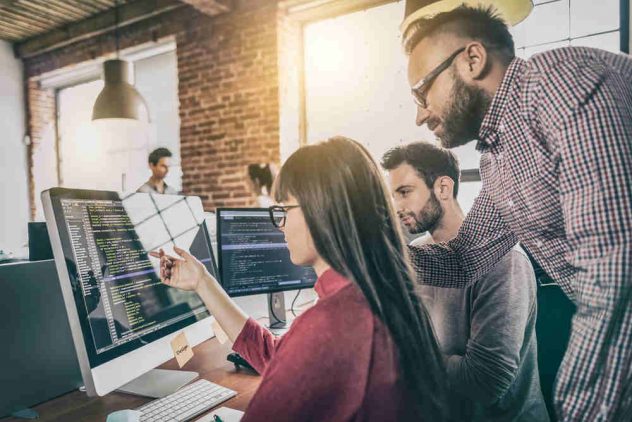 If you have had enough of the rainy days in the UK, you should strongly consider the opportunity to move to the south of Europe and start a developer’s career in Malta. The career path of a software developer is not too different from the traditional professional career path: you start off as an intern or trainee and eventually work your way up to the lofty heights of management. Here, we are going to explore the ‘typical’ career ladder for a software developer working within an established organization as a full-time in-house developer.

Starting out as a junior developer can be both exciting, but daunting and frustrating too. In your earliest days, you are sure to feel very far out of your depth and will really question why on earth you were hired in the first place. Then, on your good days, you will wonder why you’ve not been promoted yet and that you have the best job in the world.

A senior developer is a typical role for a developer who has developed an ability to create entire software applications from scratch on a large scale. For some developers, the buck stops here, and they will spend their entire careers as senior developers. This is not a bad thing and is the ideal place for many people, but the career path does not have to stop here if you don’t want it to.

This is middle-ground between being a developer and being a manager. A lead developer typically has the same skills and experience as a senior developer, but has a lead over large projects and holds the highest ‘rank’ on the software developer career ladder, which is not purely managerial.

Although lead developers write a lot of code, they also create and design complex systems which can be implemented by senior and junior developers. The job of a lead developer is generally to use their technical experience to create the overall structure of a large software project. It is important for a lead developer to understand how to build and scale up different types of system architecture and applications.

Junior and senior developers tend to look towards lead developers for technical guidance and wisdom on complicated projects where there are a lot of people working towards it. Although lead developers do still write code, they also coordinate work and have a key decision-making role with regards to the software projects themselves.

The type of focus and authority you will have as a manager very much depends on the company for whom you work. However, if you are a detail-obsessed individual and like looking after people, a career in management may just be the right thing for you. The role of a manager in the software developer is that of a leader — it is your duty to guide the company and its projects through the whole creative design process and ensure that software products are of the highest quality and produced to a high standard.

If you are a natural leader and like the idea of leading a team of developers through hardships and to success, being a manager may just be right up your alley. It is important to understand, however, that as a manager you will no longer be ‘one of the guys (or girls)’; you have to remain impartial to be an effective manager, especially when it comes to disciplinaries and hiring or firing underperforming developers whom you oversee.

Power from the people – the leadership conundrum

Better recruiting could save businesses millions