Installing and maintaining IT systems in an office is a significant expense and imposes restrictions which modern, flexible working culture is trying to break free from. For smaller companies, this is often not the best solution; it is possible to go without an in-house server, and even without an office altogether! 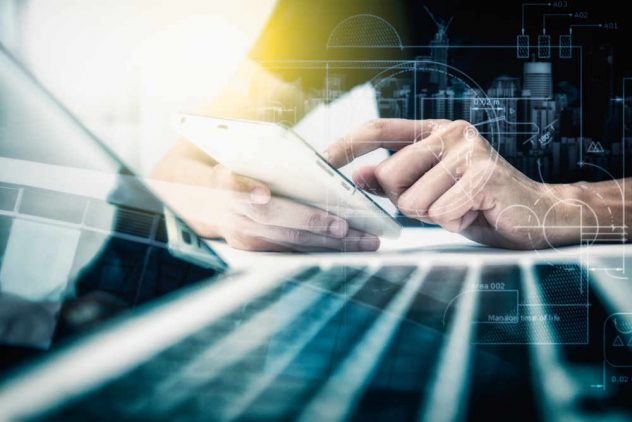 The standard IT setup for a small business goes something like this: a Windows server sits in the corner acting as both file and email server as well as the domain controller, which synchronises usernames and passwords across multiple devices. There would usually be the standard network switches, a firewall and of course an internet connection, but this can all be substituted for a completely cloud-based solution.

Email hosting on the cloud

The first step towards adopting such a virtual solution is to migrate all email hosting to the cloud. This has already come into effect in many organisations in recent years, with businesses moving from an on-site Exchange server to Exchange in the cloud, most often provided by Microsoft’s Office 365 suite. In addition to email, Office 365 offers a variety of other applications, for example OneDrive which enables users to store personal files on the cloud, as well as Sharepoint for intranet, and Teams which includes instant messaging as well as voice and video calls between team members. With the correct licensing, the Office 365 suite can be installed on up to 5 devices by each member of an organisation.

The Azure Active Directory is also included in Office 365, which is a service maintaining log in details for systems, namely usernames and passwords, as well as controlling which computers are trusted as part of the office network, their names and configuration. All this information can be transferred to the cloud using Azure Active Directory, eliminating the need for a domain controller. This solution also provides single sign on services, which allow staff to log onto computers and email systems using the same username and password, as well third-party services which support Azure AD Integration. Now would be a great time to make sure your employees complete some Azure training courses to be ready to use it.

The final aspect to consider, then, is the file server. Several big players in the industry are competing to take a firm lead in this space, including Microsoft’s OneDrive, Google Drive and Dropbox. Google Drive have recently raised their competition with Dropbox by offering their own version of Dropbox’s “Smart Sync” option, which eliminates the problems of downloading unmanageable amounts of data by initially downloading just the folder structure and placeholders to the laptop, allowing users to browse this just like a regular file server. When a file is opened, it will instantly stream down from the cloud if it is not already saved on the laptop, and similarly when a file is saved it will be streamed up to the cloud. Files and folders can be marked as either ‘cloud only’ or local’, the former meaning that data is stored only in the cloud and streamed down as required, whereas the latter also saves a copy to the laptop, which can be useful if a user needs to work offline, or for files which are accessed frequently.

Implementing a cloud IT setup

Implementing such an IT setup means that staff can work remotely on a permanent basis, providing they have regular access to a Wi-Fi connection. This can therefore be an ideal solution for organisations using co-working spaces, or looking to reduce overheads by working from home, and it also allows the freedom and flexibility many individuals desire from the modern workplace. If you think this may be the next best step for your organisation, working with an IT consultancy will help you to move forward.