More and more mobile phones that incorporate processors with deep learning capacity based on neural networks. This technology allows the mobile to choose how to manage their resources to achieve greater speed and reduce energy consumption.

In recent months there was much talk of the arrival of artificial intelligence to mobile phones. In fact, it is the feature that most companies highlight when describing their products. LG, for example, announced that it would launch a new version of its LG V30 that will incorporate artificial intelligence to its camera, as well as other optimizations that come hand in hand with Google Assistant. 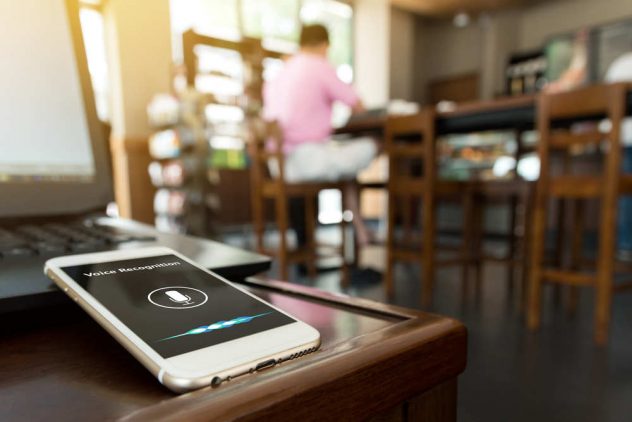 Last year Huawei announced, with all pomp, the arrival of its chip Kirin 970, which integrates a unit of neuronal processing and that is part of Mate 10, and Apple boasted the neuronal engine of A11 Bionic, present in the iPhone 8, 8 Plus and X.

Samsung, meanwhile, announced its Exynos 9810 chip, which is also based on neural networks as Snapdragon 845 of Qualcomm. The Galaxy S9 and S9+ will include one of these last two processors, depending on the country where it is marketed. Samsung made it clear with his Galaxy S9 that it will incorporate artificial intelligence to the functioning of the camera, with which it translates texts in real time. This feature integrates the Google Translate Word Lens technology and the Bixby personal assistant. According to the company, it will be possible to translate up to 54 languages. Also, when capturing photos in low light conditions, the phones ‘decide’ between a sensor of f/2.4 and one of f/1.5.

Functions related to deep learning are usually experienced from the cell phone when, for example, Google Photos is used, which automatically recognizes and groups the images. But in the cases mentioned above, it is intended to go one step further and incorporate this technology into the teams to optimize processes.

When people talk about the arrival of artificial intelligence to mobile phones, they refer to processors with neural processing networks. In these cases, artificial intelligence is embedded in the very heart of the phone and is what allows the mobile, among many other things, to choose how to manage their resources to function in the best possible way.

A neural network seeks to imitate the functioning of the human brain. It refers to a computing platform that has neurons or calculation units that connect to each other. This network can detect patterns, learn (machine learning) and make decisions based on that.

Although the numbers vary according to the companies, in general terms, the performance improves between 40 and 70%. This is because the processor recognizes which functions are most used in the mobile and optimizes the processing speed in those cases.

Instead of making a standard virus detection, the team can identify threats based on criteria that are not standard, and that is linked to the behavior of the user, and notify about it.

Optimization of voice recognition is achieved. Thus, the mobile not only manages to understand what the user says but also can understand the way in which it is expressed, perceives the variations and can interpret the context.

The telephones of the coming years are called to enhance the interaction with voice assistants. It seeks, for example, that users talk to their phone to turn on the TV, check the food stored in the refrigerator or turn on the washing machine, among many other alternatives.

In the future, cell phones will not be as we know them today and the manufacturers must look for the difference because at present all offer almost the same benefits.

Device providers are looking to differentiate themselves. That is why they begin to work on details that for the client may be relevant, such as artificial intelligence. This technology has been growing thanks to the increased processing capacity of the terminal and the speed of response it offers.

The team can identify the lighting conditions, the time of day and what it is intended to portray and, depending on that, adapt the camera so that it takes the best possible picture.

In fact, the camera is the function that most benefits from the integration of AI to cell phones. LG, for example, introduced the V30s ThinQ, a phone capable of recognizing objects and people to recommend to the user when to take a photo. LG intends to transform purchases through mobile: the user only has to scan the QR code of a product, and the smartphone will inform him/her about options for his online purchase and the availability of similar products.

Artificial intelligence allows the system to recognize images, offer labels and ways to group them in albums. It also helps when it comes to tracking images since they can be searched through keywords. This feature that is present in the cloud, through Google Photos. And in computers that have processors with neuronal processing units, that function is also embedded in the heart of the cell phone.

Artificial intelligence has begun to be present in the high-end mobile phones, and everything indicates that it will be the king in the next releases during the year. According to the consultancy Gartner, currently, only 10% of smartphones have this built-in deep learning capacity, a feature that is forecast to reach 80% of the equipment by 2022.

Kenneth Evans is a content marketing strategist for Top App Development Companies, a research platform for top app development companies in the world. He has been contributing to various blogging platforms and Forums.