For those who invest in Bitcoin, you know that there is some interesting terminology that goes along with the coins. One of the most fascinating is the term “hodl.” You will often see it in message boards or as the focus of memes. It is essentially a piece of a slang term used in the Bitcoin technology, and it meant to signify those investors who hold on to their coins for the long haul. 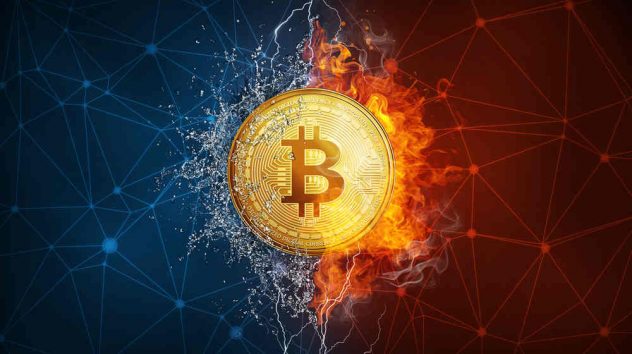 It came about due to an incorrectly-typed word several years back and soon took on a life of its own among the community. so if you stumble upon it somewhere and the thing that it just an oversight by an editor, now you know that the word is meant to be spelled that way and why.

More important than its origins, however, is the fact that “hodl” is actually an excellent strategy for those investing in Bitcoin to take. In the past, Bitcoin has often been a volatile asset, gaining and losing in value at sudden rates. But the “hodl” followers don’t worry about any of that, because they think that, in the long term, Bitcoin will be one of the key assets within their portfolios. Speaking of portfolios, if you are interested in adding Bitcoin to your own stash of assets but aren’t sure how to make that happen, a trading robot like Bitcoin Trader could be exactly what you need. Read on to find out why “hodl” might make you very rich one day.

Many people think that they can trade Bitcoin aggressively, almost like day traders do with stocks. The problem with this notion is that the value of Bitcoin, at least now, can vary so rapidly that you could make a move just a little too late and suffer a serious loss as a result. Bitcoin is notoriously tough to time. But if you simply are holding the coins for the long haul, you can avoid mistiming a move.

The buy-and-hold faction of Bitcoin investors are the people who believe that Bitcoin will eventually be the dominant force in the personal finance world. And they can see that day occurring while they’re still on Earth to enjoy it. Following that view, it would mean that any amount of Bitcoin sold off today would end up costing someone exponentially down the road when it is much more valuable.

The one major drawback to the “hodl” strategy is that it keeps Bitcoin from circulating throughout the society. If there is a major chink in the Bitcoin armor right now, it’s that it is now catching on as a payment system as quickly as some have hoped. That means that those who are clinging to their Bitcoin for dear life might be doing damage to its value in the process.

It will be interesting to see just what Bitcoin will be like years down the road. To see if it will be valuable, you’ll just have to “hodl” on till then.

How to perfect your investment strategy

Can you make money from buy to let property?

Why’s online security an important thing to pay attention to when dealing with cryptocurrencies?

Do you need a good credit score to start a business?

What makes a company attractive to traders to invest in?