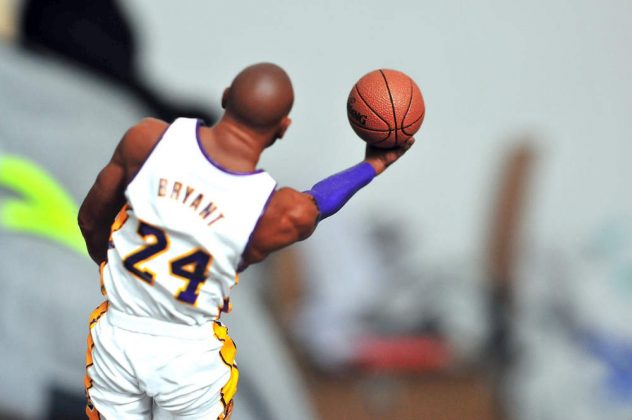 In 2016, Kobe’s head might have still been up for the rigours of a life in the NBA, but his body wasn’t. After several tough injuries and a clear sign that things weren’t going to get better, Kobe hung up his basketball sneakers for good – much to the dismay of NBA fans across the world.

Was that the last we heard of Kobe Bryant? Definitely not. The nearly 40-year-old is perhaps more motivated than ever to link his name with entrepreneurial accomplishment. There are many who would love Kobe to play again with his beloved Los Angeles Lakers, where he spent his entire career, now that megastar LeBron James has decided to join the very same team, but that comeback out of retirement seems about as likely as pigs flying.

The basketball legend won five NBA championships, two gold medals at the Olympics, one regular season MVP award, two Finals MVP awards, and starred in 19 All-Star games, but clearly, there is more to this man than meets the eye.

At the 2018 Academy Awards, Kobe Bryant won the Oscar for Best Animated Short with the gorgeous movie, “Dear Basketball.” The animation depicts Kobe’s love of basketball as a kid and goes on to showcase his vast achievements in the NBA, all the way to his eventual retirement. To create the masterpiece, Kobe worked with renowned composer John Williams (Star Wars, Indiana Jones, Jurassic Park) and former Disney animator Glen Keane, and while it’s unclear if he’ll continue this movie path, it’s still a great feat that no one saw coming.

Kobe’s partnership with Nike is well documented, as the two have released countless hugely popular shoes (perhaps even rivalling that of the Air Jordan brand), but what might be less well known is his association with Swiss luxury watch brand, Hublot. Unless you’re a timepiece enthusiast, knowing of Kobe’s love of fine watches isn’t that likely, but considering the man is a perfectionist and a lover of all things stylish, the collaboration does make sense.

With three models released by Hublot (HeroVillain, Vino, and Black Mamba), Kobe may have left the spotlight on the basketball court, but his frequent partnerships with Hublot still leave him in the public eye. Judging from the prices online, it appears the 2015 Vino model is still the most popular of the three options. Since the last watch was released in 2016 and Kobe is no longer in the NBA, it remains to be seen if Hublot will continue to create new models with Kobe.

Kobe’s main goal as of now is focusing on his $100 million investment fund, which was set up with Jeff Stibel. Called Bryant Stibel (a fairly unexciting name), it aims to invest in and expand tech, media, and data companies. So far, brands such as LegalZoom, Scopely, The Players’ Tribune, and Alibaba have all been kept afloat thanks to Bryant Stibel.

Amazingly, Kobe was reported as saying that he would prefer to be remembered for his ability to support expanding businesses, rather than his triumphs on the basketball court, stating:

How to bounce back from presentation brain freeze

How to find the right retail store for your business