There are hundreds of universities across the world and choosing just one to base your future education or career on can be incredibly stressful. Picking the right university or course can be the key to a better job and we all want to be successful. However, people measure success differently, whether it’s working in a role you enjoy or the amount of money you make each month. Often, one of the largest markers people use for success is the size of your bank account. 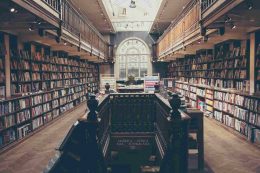 With that in mind, we wanted to explore which universities some of the most successful people in the world graduated from. Using wealth as a marker for success, we thought the best place to start would be the richest people in the world. We analysed Forbes 2018 billionaires list and chose the top 100 wealthiest people that graduated from university and we removed any names that either inherited their wealth or those that never went to university in the first place.

There were some surprising and some not so surprising results. As expected, Harvard University tops the list of universities with the most successful graduates, but surprisingly coming 2nd we find the Massachusetts Institute of Technology and 3rd Princeton.

Not only did Harvard come top with the highest number of graduate billionaires, but it also topped the group with a massive £160 billion in total net worth. However, its average net worth leaves it in 6th place.

The UK was absent from our list – neither Cambridge, nor Oxford took a place among our top 20 universities, but you will find them on our data visualisation of the Top 100 with Cambridge coming to 24th and Oxford coming 61st. While the UK didn’t make the list, the US held 7 positions among the top 10, with a total net worth of £160 billion. France held 1 position in the top 10, while China held two of spots and France held one spot.

The highest earning individual on our list was Jeff Bezos, Amazon CEO, with an incredible net worth of £82 billion, propelling Princeton University into the top 3 universities with his net worth alone. Jeff is a whopping 20 billion ahead of his closest rival on our list – Warren Buffet, CEO of Berkshire Hathaway comes 2nd on our list with a whopping £62 billion.

Looking at the top 14 wealthiest graduates on our list, they all had one thing in common – they all held a Bachelor of Arts/ Sciences at least, with four carrying on with a master’s in science.

To view our data or to find out more information, follow this link to look at the full list of graduate billionaires. The information used in this data visualisation is based on the top 100 graduates from the Forbes 2018 Billionaires.

Adtrak: From a garage to Nottingham’s largest inner-city office