There are over 3.5 billion unique mobile internet users as of August 2017. Out of the total global internet usage, 80% is driven by mobile devices.

Needless to say, the mobile market is a very lucrative one. By understanding the mobile app development trends of 2018, you can set yourself up for success in a highly competitive market where only the smartest survive. 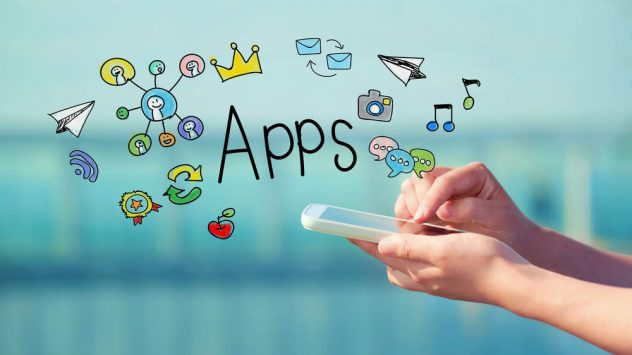 Here are the top 6 mobile app development trends of 2018 that you should keep an eye out for:

IoT refers to the Internet of Things. It is when physical devices connect to each other to exchange data. When they communicate without a human involved, these devices become more intelligent, efficient, and require less human supervision.

If you control the thermostat in your house using your smartphone, this would be a perfect example of IoT in action. Other more advanced forms of IoT devices include autonomous cars, smart speakers like the Amazon Echo, and smart light bulbs.

The number of IoT devices grew 31% yearly. As of 2017, there were an estimated 8.4 billion IoT devices worldwide and is estimated to increase to 30 billion devices by 2020.

Internet of things and Cloud Computing go hand in hand and show a very promising relationship towards improving the performance and data safety for corporates, organizations or companies. But being unprepared to the certain cloud computing challenges that come with cloud adoption can have its pitfalls.

“If you have just moved the storage, apps or website into a cloud network, your journey is not over yet! To save your company from the vulnerabilities and threats associated with cloud, you should have a clear cloud management strategy. Outages, poor performance, security risks and several other issues plague many organizations.” clarify Day Digital experts.

Instant Apps were first introduced at Google’s I/O developer conference in 2016. Unlike native apps, you can start using Instant Apps immediately without downloading them. The technology became available to the general public in May 2017.

Behind the scenes, an app development company will partition their apps into small parts that can run individually. This small size allows Instant Apps to start within seconds. A “try it now” button next to the app indicates that it is an Instant App. The ability to use an app without installing it is very attractive to users that want to try it out before they commit to downloading it permanently.

The ability to securely pay for something with a tap on your smartphone feels very futuristic. The rise of digital security means that you don’t need to carry around cash in your wallet anymore. Many companies are adding the ability to pay using your smartphone as a viable option. Simply authenticate the purchase with your favorite mobile payment app and let technology do the rest.

As we see this technology evolve, paying for something you have purchased with your smartphone will become the most common form of transferring money securely and conveniently.

As the prices for VR headsets drop annually, one of the biggest challenges in the way of VR becoming mainstream is slowly being defeated. Advancements in the technology of the premium range such as Oculus and Vive, as well as the mobile experience makes 2018 a big year for virtual reality.

It’s not just gamers that are interested either. The medical industry has welcomed the technology with open arms and uses it for practicing difficult surgeries.

The VR app market is seeing immense growth currently and doesn’t seem to be slowing down anytime soon. Experts predict it to generate revenue of $150 billion by 2020.

The mobile app user base is mainly split between Android and IOS. Developers eager to tap into both markets are increasingly trying to create apps that are cross-platform. This will enable them to reach a much wider audience while saving money by not developing each app individually.

Apps developed on the React Native framework are pretty smooth and allows developers to reuse their codes. This is because everything is done in JavaScript, a language deep enough to stand up to the challenge of cross-platform development.

While blockchain is usually associated with cryptocurrency, it is actually much more versatile than that. It is considered to be a secure way of making a transaction by its very design.

This is why 9 out of 10 government’s plan to invest in blockchain for asset management, financial transaction management, and regulatory compliance purposes.

Additionally, a third of all banks are expected to adopt blockchain in 2018. Louis Pasteur once said, “Chance favors the prepared”. You can’t expect things to go your way if you haven’t adequately set yourself up for success. The year 2018 is a great year for mobile app development. The question is: how will you take advantage of it?

Where should one start when looking to save money?

Why the post-purchase customer experience is crucial to ecommerce success