We all make mistakes, but when was the last time that your decisions have cost millions, or even billions? Here Betway have created an infographic highlighting some of the worst business decisions of all time. 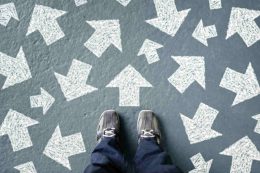 The saying, ‘hindsight is a wonderful thing’ can certainly be attributed to the below companies and their business decisions. If you were sitting around the negotiating table, speaking to your fellow investors about a small company called Google in 1999 you can understand why $750,000 could seem like a lot of money. To have the foresight to invest in what would become one of the biggest companies on Earth would have been incredible. So it is easy to understand why Excite decided to move on from this opportunity.

Some business decisions are the result of a lack of vision and a lack of moving with the times. Blockbuster will forever be the company that thought that film rentals were what their customers wanted. The convenience of sitting in the comfort of their own home flicking through Netflix to instantly find a film was apparently not a smart investment. Now Blockbuster is almost dead and buried with Netflix worth over $150 million and investing millions in original content.

Motorola managed to drive themselves to ruin by making one of the worst business decisions in recent years by not investing in the smartphone market until 2010. The first Apple iPhone was released in 2007, wading into a market three years late is not a death sentence but offering nothing different or special led to a 83% drop in share price between 2006 and 2009.

It is not everyday that being offered $45 billion for your business is easily turned down. In 2008, Yahoo was offered this huge sum by one of the few companies that could afford it, Microsoft. Microsoft were hoping to move into the search engine market and thought the combined might of Bing and Yahoo could (possibly) challenge Google. Yahoo considered the offer but ultimately refused and now they are valued at $32 billion.

So, check out the below infographic and discover some of the worst business decisions of all time.

Wise decisions can take any firm to the next level

Why a mid-year website review is essential for your business

Dominic Lill - July 21, 2017 1
These days, a website is undoubtedly one of the most important tools for any business, so it would be ludicrous not to review its...
We use cookies. To learn more, read our Privacy Policy.Ok