According to the Harvey Nash/KPMG CIO Survey 2018 cited by CIO, nearly three-quarters of IT leaders have reported investing in the cloud.

Sai Gadia, managing director of technology risk services at KPMG, has reported many companies finding legacy systems “not nimble enough” for facilitating the digital transformation of both front and back offices. The hybrid cloud “offers an inherently agile ecosystem to leverage those capabilities.” 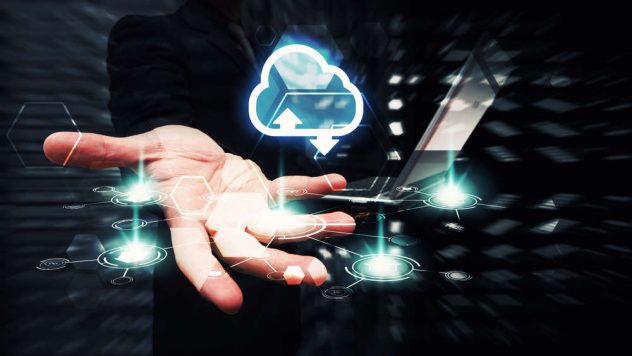 However, this hasn’t prevented many companies from dragging their feet in transferring to the cloud. Your own company might have held off out of a belief that the change would require new digital infrastructure to which the firm’s budget simply doesn’t stretch… yet.

In this instance, you might be particularly interested in the question of whether you could switch to a sophisticated hybrid cloud system without having to replace your existing infrastructure. The answer to this question is complex and depends on your specific needs.

One particularly good reason for your reticence could be that your company’s last major investment in infrastructure was just a few years ago. Having initiated an expensive project – like, perhaps, the construction of a modern data centre – so recently, you might want to wait to reap the maximum possible value from it.

Gadia has acknowledged that some late adopters of the cloud “may choose to wait until the current investment in hardware and software licenses reaches the end of life, because in certain cases that’s when you realise the most comprehensive benefits”.

However, in adhering too closely to this strategy, you could be overlooking one of the best reasons to take up a modern cloud system: the cost benefits. Yes, you might lack sufficient capital to fund a large-scale replacement of your infrastructure, but cloud can get around this issue.

That’s because, to utilise a cloud solution, you wouldn’t have to wholly rely on your own infrastructure – and, therefore, pay for it either. ComputerWeekly.com explains that the cloud model enables piecemeal investment in shared infrastructure and, thus, spares a large initial outlay.

Situations where you could keep legacy infrastructure

Another reason why you might consider delaying your transition to hybrid cloud is the fear that, without this delay, the users of this system would need to essentially relearn how to use it. However, this wouldn’t be strictly true due to the masking potential of the cloud.

With a cloud system in place, you could conceal much of your infrastructure’s complexity under the hood, so to say, by letting people use that infrastructure through an intuitively-designed upfront interface. This would let you “tick over” a legacy system and so avoid having to significantly spend on a replacement.

However, much of this advice applies simply to cloud in general. Hybrid cloud can seem like an especially complicated case, as it is so-called due to combining elements of both public and private cloud. This leaves open the question of whether each element varies in its implications for what type of cloud should be used. Fortunately, clearing much of this confusion can be surprisingly easy.

You wouldn’t be wrong to think that the ability to handle multiple environments would call for an environment that has been especially chosen to accommodate this. Otherwise, your workplace efficiency could be at risk. However, Hewlett Packard Enterprises could provide valuable help.

HPE recently acquired RedPixie, a UK-based cloud consultancy. This acquisition ensures that HPE’s services include advice on which of your workloads should be moved into which facet of the cloud, with some workloads actually suited to traditional on-site infrastructure.

How to measure the ROI of a content marketing campaign

Protecting your income with a diverse investment portfolio