With the recent release of the iPhone Xs, we are now accustomed to £1,000 being a standard starting price for a premium smartphone. However, a few years ago, that would have been considered crazy money for one small device. 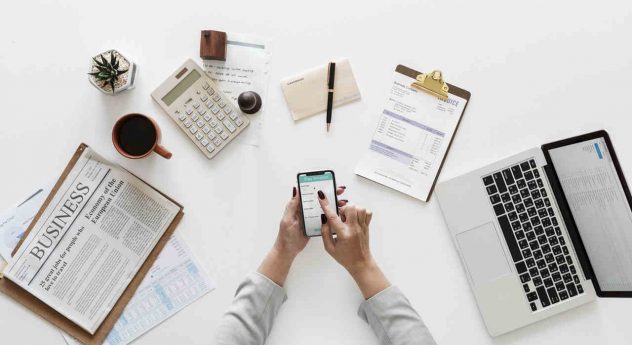 It does raise the question of whether your corporate competitiveness really depends on you wielding a £1,000 smartphone. You might be tempted to quickly respond to that question with a resounding “no” – but, in truth, it could depend on your particular use cases.

The importance of a large display

There have been many – often failed – attempts to enable smartphones to practically replace laptops, as Computerworld illustrates. Microsoft’s Continuum system lets owners of Windows phones run Word and Excel on their devices, while the Sentio Superbook laptop can plug into a handset.

While we are waiting for a proper laptop replacement to come to fruition on the smartphone front, the 5.8-inch, high-resolution display of the iPhone Xs could allow a degree of mobile productivity.

Aim for a battery that won’t run out for hours

Sadly, batteries that run out of juice before a full day is out are common sources of complaint among smartphone users. However, CNBC advises that you consider a handset with a battery that can be charged speedily. These days, many Android phones come with special chargers allowing for this.

Therefore, you don’t necessarily need a £1,000 handset to enjoy sufficiently long-lasting battery life. Even for a low-end iPhone, you could pick up an iPad charger.

Will you have lots of apps in store – or storage?

The saying “you get what you pay for” sadly often proves true when it comes to smartphone storage. A handset that might have looked great value at first could suddenly seem much less so once it dawns on you that the unit’s storage is scarce by modern standards.

Smartphone apps have significantly grown in size over the years – meaning that, these days, you should opt for at least 64GB in onboard storage, the base storage option with the iPhone Xs.

You might believe in the philosophy that, even today, a £1,000 smartphone is simply unnecessary because – so the argument goes – even older, used phones can match it in core functionality.

However, there are particular risks to buying a used or refurbished smartphone just to save on the upfront cost. One risk is that a phone that is at least two to three years old might soon stop receiving security patches – a major sore point for a highly security-conscious business.

How reputable is the smartphone manufacturer?

One potential argument in favour of the iPhone Xs price is that, for £1,000, you are still getting a premium product from one of the world’s most respected manufacturers of smartphones.

This is no small point, as various purveyors of cheaper phones have been criticised for a range of reasons. A high-end Apple phone, connected to a business-friendly mobile network from Gamma, can be trusted to remain reliable.