Competition in the world of business is always tough, but it has never been as tough as it is right now.

Every organisation, both big and small is looking for an edge and more often than not, businesses will just outright steal someone else’s idea or signature branding to have that edge. 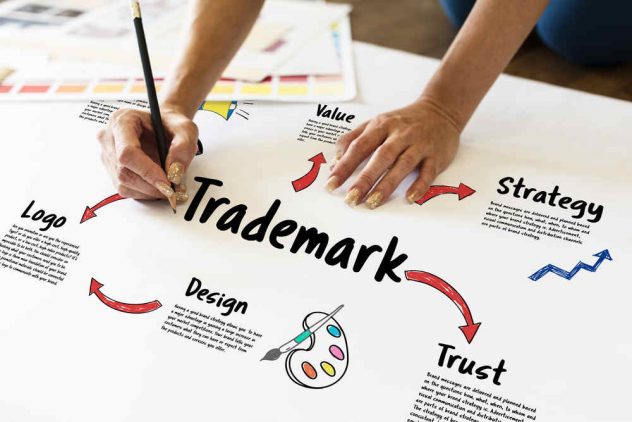 A brand is basically what identifies your business to your customers and the world in general, while separating it from the rest of the competition in the field. To know more about why you need to brand and protect it as soon as possible with a registered trademark, go through the following reasons.

Every international company from Mercedes and Coca Cola, to Starbucks and Amazon have their own trademarked logos that not only sets them apart from the competition, but also acts as an instant brand identifier across all languages in the world, transcending the boundaries of race, gender, geographical boundaries and language. Now, if there was no trademark protection in place to penalise them, knock-off experts would mimic the branding logos of successful corporations without hesitation. This is not to say that it doesn’t still happen, because we have all seen knock-off Gucci and Chanel around, but without the legal protection, they would be sold openly and there would be no distinction left between authentic and duplicate products, except in quality, which would ultimately drown the brand name.

Trademark registration is not mandatory, but essential

Theoretically, a trademark comes into effect automatically when you are the pioneer and your branding is not breaching that of anyone else. Unfortunately, once your organisation starts to get some recognition in any given field, it is only a matter of time before others start copying it. As mentioned earlier, theoretically, you have the right to get compensation from the accused party if that really does happen, but it isn’t as simple as that. Minute differences, manipulation of intent and clever use of gaps in legal statutes might allow the infringing party to get out of paying you any legal compensation whatsoever. Aside from that, if the infringing party somehow manages to get your own brand identifier registered as their trademark, you will be the one who will have to change your own brand name!

It is essential to use a reputable trademark registration service so everything is kept correct legally.

Protection against theft of brand identifiers

Everyone is aware of the fact that just a few months ago in March, Apple managed to win 539 million US dollars from Samsung in court as the Cupertino giant got the federal court in San Jose to rule against Samsung for infringing on a number of smartphone-related patents. While the details of the case are still a bit sketchy and not without its own set of controversies, there is no doubt about the fact that Apple won big because they were wise enough to trademark and patent almost every aspect of their products and business before anyone else did. Trademarks are of course, different to patents in the sense that the former refers to the exclusive legal rights of using a particular, distinguishing mark/word/sign which acts as an identifier for the concerned company, while the latter mostly concerns registering exclusive legal rights pertaining to new designs, innovations, novel ideas, inventions, etc. by the concerned party. Nevertheless, it serves as a fine example of how trademarks, copyrights and patents can not only help a business to stand out from the rest, but in the event of a breach, they can also receive adequate compensation from the accused parties.

Trademarks are crucial for marketing

In many Asian countries, the iPhone is seen as a status symbol and, strange as it may seem to an outsider, it is one of the main reasons why Apple has a good market share in the higher segment of smartphone sales in countries such as India, Bangladesh and Sri Lanka. The point here is that when people start associating a brand with quality, status, good price-to-performance ratio or any other positive trait, the sales will increase and it is exactly during that time that the company will need a registered brand identifier that lets people recognise its products by simply looking at the logo, sign, or mark.

If whatever branding you have is any good, your company need not even be big for the trademark to be stolen without notice. Instead of waiting for that to happen, let Trade Mark Associates (TMA) get your trademarks licensed and protected before anyone has the opportunity to steal it. TMA is an international name in the field of business trademark registration and they offer affordable solutions with insurance to all their clients who can benefit from trademark registrations.

It is true that a trademark isn’t a guarantee for success because that is dependent on plenty of other core mechanics of the concerned business, but what makes trademarking and licensing most essential is the fact that when a business does have everything it needs to be successful, the trademarked sign/logo becomes a recognisable and trustable symbol of the company and/or its products in the market.

How to avoid GDPR geo-blocking

How to browse the internet safely with ReasonLabs VPN