Branding is an ever-evolving discipline, with new trends emerging on a regular basis and innovations being made in a number of fields. 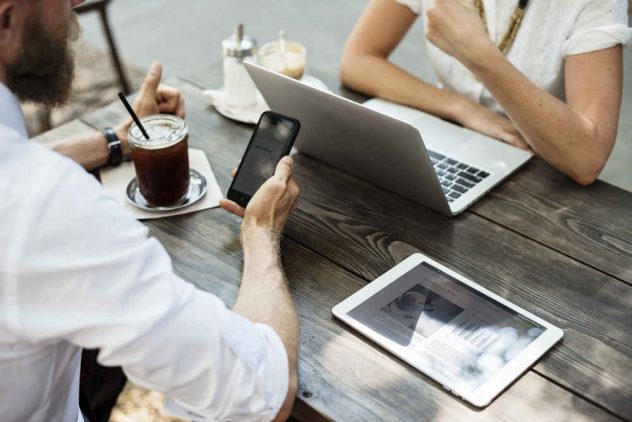 Here are five forward-thinking concepts that have emerged recently, each of which redefines expectations of how a brand can be integrated and utilised to improve recognition and customer engagement.

Coke has always been a front runner when it comes to branding, with decades of success behind it and a new campaign which focuses on its historic importance.

However, perhaps its most impactful concept of recent years was the #ShareACoke scheme, which took advantage of hashtags and the power of social media to not only get people sharing pics of its products amongst their followers, but also to tag their friends and build momentum and mentions.

The company recognised that shareability is the lifeblood of platforms like Instagram and Twitter, yet so many other marketing efforts by rivals fall flat at the first hurdle. Convincing users to generate content organically and on a huge scale is very tricky, but Coca-Cola pulled it off in style and still managed to link back to its core identity.

Although it has only been around for the past half-decade, Casumo has managed to establish itself as an important player in the ever-growing online casino marketplace.

What makes it such a success is that it does things differently to its rivals. Rather than opting to seem as flashy and high-flying as possible, its branding is far more friendly and approachable, with a sumo wrestler mascot and a cohesive cartoony style at its core.

As well as appearing on their Twitter page, the cuddly mascot is tied in with the platform’s gamification efforts in a very subtle and inventive way. As users spend more time taking its slots for a spin, they earn XP and rank-up over time. In turn the colour of the belt worn by the wrestler adapts to reflect this rank, right up to a black belt for the most dedicated players.

This brand concept neatly ties together all of the values of the company itself, as well as the benefits of the services it offers, since higher level players get better bonuses.

This immensely popular party game has not only gained notoriety amongst unsuspecting players around the world thanks to its un-PC content; it has also built an almost mythic status around its brand which is totally in keeping with the game itself.

There are a number of different stunts which the company behind Cards Against Humanity has pulled off over the years, from splashing out vast sums to dig a hole in the ground for no reason, to threatening to destroy priceless works of art and buying an island.

Interestingly the game is covered by a specific Creative Commons license which means that it can be revised and distributed by anyone who feels like it. The only limitation is that no one else can sell the game, which takes the edge off the nihilistic brand concept that has been developed around it.

In terms of branding, Monzo has quite a lot in common with Casumo, aside from the obvious rhyming names. It is a company that offers a traditional service, but packaged in a way that appeals to people who are intimately familiar with digital platforms.

In essence, Monzo is a bank like any other. But with cute and quirky imagery, an approachable brand voice and an impressively simple mobile app, it has won a growing army of customers since it was founded in 2015.

This Scottish brewing company has clambered from obscurity to mainstream success in the past decade, while maintaining a brand image that positions it as an outsider in a market dominated by blander rivals.

From the abrasiveness of the copy found on its bottles and cans, to the concept of selling equity in the business as something which ties in with the ‘punk’ ideology on which it was founded, it has managed to rise to the top while retaining its indie sensibilities.

It has not achieved this without ruffling some feathers along the way, but then that only helps add to its impact. Many other brewing brands have tried to follow in its footsteps since, without nearly as much success.

You want a pizza the action?