Exit-intent popups is one of the most divisive topics in eCommerce. 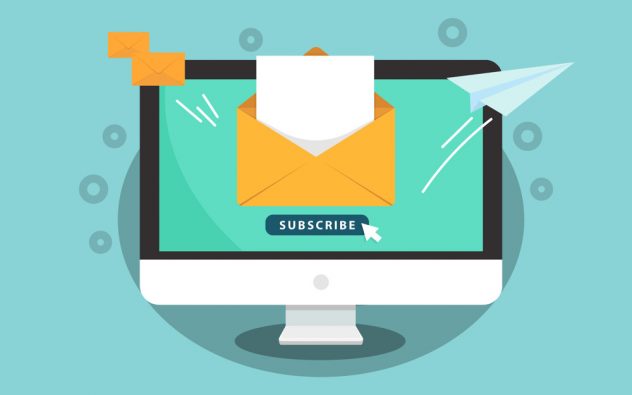 Some love them for their lead gen juice, others argue that they ruin the user experience. And both camps have compelling arguments lined up and ready to fire, so it’s often difficult to know which strategy to follow to boost conversion.

In situations like this, it’s critical to look at data and real-life case studies to separate facts from opinion.

So, an opinionated bunch that we are, we have run our own experiment to clarify the effectiveness of this lead gen strategy.

When Organic Aromas approached Omnisend for help with improving signups to their online store, they were getting around 250 signups a month.

It wasn’t looking great. The basic signup forms they were serving to visitors were ineffective, as conversion rates were low, hovering around 3%.

We accepted the challenge head-on. And by the time we were done with them, we were able to boost conversion and Organic Aromas were clocking in 660 subscribers per month – an increase of 150%.

This wasn’t the only achievement though.

We spent no more than 15 minutes setting it all up! And to the horror of popup haters, the exit-intent popup played a key role in boosting conversion rates.

Below is an example of one of the high-converting popups from our experiment:

Want to know how we did it and how you can copy this tactic to boost conversion to your store?

Then you’re in luck. We wrote down our strategy step-by-step, so read on to find out.

Before the experiment began, Organic Aromas relied on two simple signup forms to add more subscribers to their store:

The forms were performing poorly, as visitors converted to subscribers at a sluggish rate of 1.75%-4.47%, with the average being 3.24%.

The total number of new signups was stuck at around 264 people per month.

The store owners felt they could do better, and so did we.

So we set out for a four-week experiment, testing out a different popup every week. Each popup took us about 15 minutes to set up using a WordPress popup builder and we tested the following four:

The immediate popup might be the main source of hate for all popups in general. It’s the one that shows up immediately after you land on a page.

Without any knowledge about the user’s intentions or goals, brands are unable to personalize the content or timing of this popup. However, it’s sometimes used to treat new visitors with a special ‘sign up and get $X off your first purchase’ offers.

When we tried this popup on the Organic Aromas store, it gained them an extra 135 new signups during the week it was live.

However, a more interesting result emerges from looking at the conversion rates – the immediate popup had a 7.4% conversion rate, meaning that not only did new people sign up, they also bought something.

In week two, we adjusted the settings to show a popup to new visitors after they’ve clicked around the site three times.

Our data shows that three clicks is the magical number that identifies engaged visitors who are less likely to bounce after seeing a popup.

This test has led to some interesting results. While we saw fewer signups overall, the conversion rate spiked – 14.1% of subscribers made a purchase in that week.

The passive signup box was a somewhat similar tactic to the Sumo.me top-bar signup form that Organic Aromas were running on the site.

The passive signup box is a little widget that visitors need to click on to call out the popup.

This wasn’t particularly successful, as less than 1% of visitors subscribed.

The exit-intent popup outperformed the other three options by a large margin.

This didn’t come as a great surprise to us, as we’ve seen from our past experiments that exit-intent popups consistently deliver great results.

The success of this popup can mostly be attributed to its perfect balance between passive and visible. It is only served to visitors who are about to leave the page.

This means that a high-performing exit popup must perfectly balance the right timing and the right message.

We’ve found that there are three crucial aspects of an effective exit-intent popup:

So how did it work for Organic Aromas?

Amazingly well. Not only did it help the company boost the number of subscribers by 150%, but it also gained them a 19.03% order conversion rate! This means that almost 20% of new subscribers went on to purchase something based on that one popup alone, which is significantly better than their previous conversion rates. Proving that a popup can boost conversion.

If there is one thing that this experiment has shown us, it’s that it is imperative to explore all options and adopt the tactics that work best for your business.

A 20% increase in order rates driven by a single exit popup is a powerful example of why we should always let the data have the last word and help you boost consversion.

In a time of crisis, these four digital disruption mistakes may cost you dearly

How to run your remarketing campaigns the right way