Whether we are talking about fundamental, technical or quantitative analysis, all of these methodologies are equally effective for predicting the movements of currency pairs. Some traders focus on news, interest rates, policy changes and other economic data. Others prefer the raw data of forex charts and indicators to shape their trading strategies. 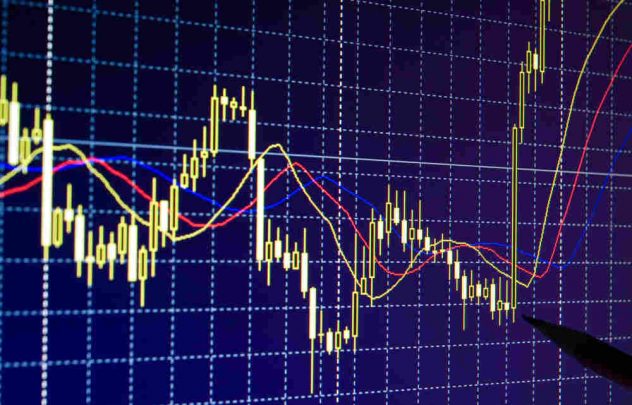 But regardless of your trading method, if you want to have any chances at succeeding in the market, you will have to learn how to read a forex chart – there is no way around this. Fortunately, things become much easier once you grasp the basics. Here is how to read forex charts and use them effectively.

You know how that old saying goes – you must crawl before you can walk. Therefore, you first need to have a good understanding of the basics before proceeding to the more complex stuff (and there is a lot of it, trust us). Let us start with currency quotes, the core of the forex market.

At its core, forex is built on the business of conversion. Since, for trading, you will always be comparing the value of one currency to another, forex is always done in currency pairs. For instance, the quote EUR/BPD shows how many dollars one gets for one euro. The first quoted currency, in our case the dollar, is called the base, while the second is known as the quote. When one buys a currency pair, they are essentially purchasing the base currency while selling the quote one.

One of the most common terminological forex terms you will hear is the pip. A pip is the unit that traders and brokers use to calculate profits and losses. In most cases, currency pairs are listed to four decimal places (0.0001). The ‘’1’’ in our example is the pip.

In the simplest and broadest sense, a forex chart is a visual representation of the exchange rate between two given currencies – it shows the shifts and changes of a currency pair over a certain period of time.

As for the chart timeframes, this depends on what the trader has selected. Since most charts are set to daily (1D) timeframes, you can read each point on the chart as being worth 60 minutes of trading data. Most forex charts allow users to set the timeframes as low as they want (even to a minute). More advanced charts can show even lower timeframes, which can come quite useful for trend spotting and other advanced forex strategies.

Candlestick charting is one of the oldest chart variations, going back some 300 years. In some ways, a candlestick chart can reveal more essential data than a traditional line chart. From a visual perspective, it is simply a thin vertical line that describes the range of the trading period.

The scope and purpose of forex currency charts is to help traders evaluate how the market behaves, as accurately determining a currency’s future standing can mean the difference between launching a poor trade and landing a huge profit.

In order to make sense of the price movements depicted on charts, traders of the past have pioneered several visual guides to assist them – these are called indicators. While fundamental analysis has its good share of methodology-specific indicators – the sentiment indicator being one of them -, the most commonly used indicators are related to technical analysis.

The types of indicators are as vast as strategies or market variations, but some of them are more commonly used than others. We will cover some of the most popular indicators:

The basics of ‘’head and shoulders’’

Regardless of the pattern variation, they are both visually represented on the chart as two shoulders, a head and a neckline with the head and shoulders being a series of peaks and lows. The neckline can represent one of two things – either support or resistance.

Reading forex charts can be a daunting task if you do not know where to look, but it becomes much more easier as time goes on. Reading and interpreting charts is an essential component of every trader’s work routine, even for those who are partial to fundamental rather than technical analysis. Therefore, if you need a good starting point, make sure to read through the tips listed in this article and you will learn how to read charts sooner rather than later.

Why you should only trade with ECN accredited brokers

Increasing productivity in your construction business

Why is forex trading becoming so popular?

The role of virtual data rooms in business confidentiality

Dominic Lill - November 30, 2018 2
Have you ever considered the fact that your small business might be at risk of being hacked? A new study has shown that 87%...
We use cookies. To learn more, read our Privacy Policy.Ok