As the UK celebrates Black History Month, there is still plenty to do to improve workplace racial diversity and inclusion. Businesses should see workplace diversity as more than just a PR exercise, it should be an integral part of company culture.

With evidence suggesting diversity and inclusion can actually help businesses grow, here is a fundamental look at the growing importance of racial equality in the workplace. 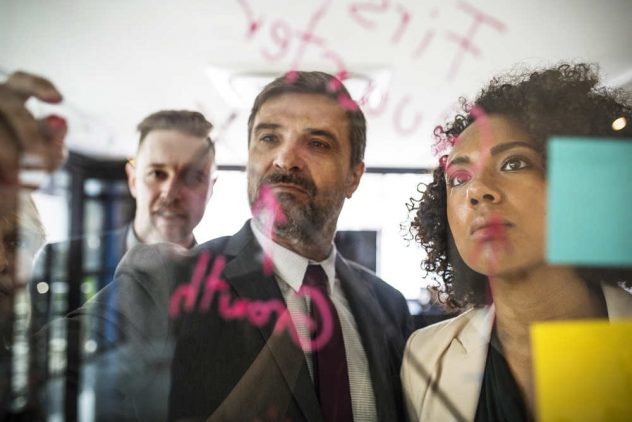 Often the discussions around diversity and inclusion start and stop at gender inclusivity which can be frustrating. Whilst no-one can argue against the dearth of women on boards or at VC funds, workplace diversity typically focuses on female equality whilst racial equality is often sidelined altogether.

Business owners smugly congratulating themselves for hiring a female to the board may overlook the significance of actively hiring people of colour at all levels of the business. It is too easy for them to grow complacent once they have a high ranking woman they can wheel out for PR purposes.

Race can often be an uncomfortable topic in corporate spaces, so many businesses would prefer to tackle the diversity and inclusion ‘problem’ from a more palatable gender angle. This is a damaging tactic as a swathe of equally talented people of colour are left out of the discussion completely. Worse still women of colour face a double helping of discrimination known as ‘misogynoir,’ in which they face both racism and sexism in the workplace.

Tackle this issue with a more nuanced approach to workplace diversity. Encourage senior management to have those difficult discussions on race with current staff who should be open and honest about their feelings as an employee from a BAME background.

The argument for and against quotas is fought fiercely, with those who suggest it will redress institutional racial imbalance whilst others claim it diminishes the abilities of candidates purely hired due to their race. With both arguments making valid points, its worth considering the reasons we needed workplace quotas in the first place.

Externally mandated quotas that are imposed on businesses are meant to democratise the workplace and help to bring about much-needed equality. Indeed, Parliament can even issue penalties to publicly listed companies for failing to meet quotas. Naming and shaming companies or fining publicly funded organisations like the BBC for failure to meet quotas may seem extreme but could just be the desperate measure needed for them to take diversity and inclusion more seriously.

Quotas are certainly effective if a corporation has failed at their own attempt to meet internal diversity targets. Known as ‘affirmative action’ in the United States, racial quotas are perhaps not as controversial in Britain, but that doesn’t make them any less important to implement here. Address the thorny topics of quotas and targets with a review of how your programme is implemented and solicit feedback from staff who may have genuine concerns.

It is a well-known fact that unconscious bias exists in both educational institutions and corporate workplaces. If we are ever to achieve true racial equality in the workplace, this bias must be identified and addressed as early as possible.

From university recruitment officers to CEOS, we are all much more likely to hire in our own images. If that image is typically ‘white, male and stale’ then the chances of any racial diversity are slim. The most effective way to challenge and topple the ‘white, male and stale’ boys club that still exists in many businesses is to call it out publicly.

Senior management should be forced to look closely at their recruitment practices and ask hard questions about why they are failing to meet diversity targets. Staff from BAME backgrounds in particular, may feel excluded from the ‘boys club’ culture for religious or cultural reasons and this can lead to alienation and toxic workplace.

Corporates should follow the lead of more innovative startups who champion diversity and see inclusion as having both a business and financial benefit. Corporates can hold recruitment days targeting the BAME community and conduct surveys with attendees to gauge their perception on how hiring practices can be improved.

Businesses who struggle to put diversity and inclusion at the heart of their business are not only risking their reputation but their potential sales too. If your target audience is predominantly savvy millennials, a failure to take workplace diversity seriously will be at your detriment as it is a cause they feel strongly about.

Diversity and inclusion shouldn’t be relegated to the HR team it should be seamlessly integrated into all parts of the business to encourage participation from the entire workforce. A top-down approach should be implemented where senior management address racial diversity as a real problem. The HR department could then be tasked with partnering with diversity recruitment agencies to challenge the notion that there’s a lack of suitable candidates from diverse backgrounds.

Staff across the business should be encouraged to suggest practical ways to improve racial diversity whether that’s away days, cultural lunches or interactive workshops. Even small gestures from the CEO such as refusal to speak on a conference panel unless there is at least one person of colour, can go some way to making a big difference.

Better recruiting could save businesses millions