The UK automotive industry is one of the most developed in the world, but recent events (the most recent is the Brexit) seem to have influenced it negatively.

Still, the car industry remains strong, with 2014 being one of the best years in its history (the automotive industry registered a rise of 10% compared to the same period in 2013!). 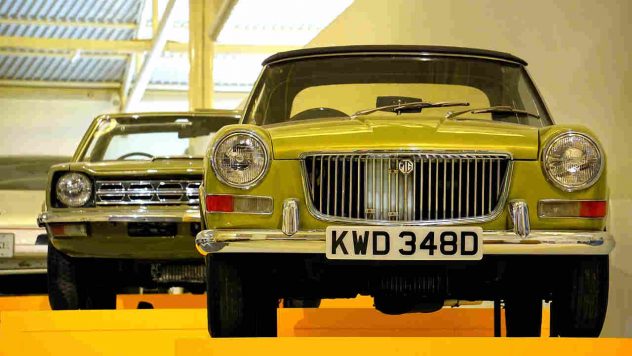 A quick walk down memory lane

Speaking of history, the UK automotive industry was first set in motion at the end of the 19th century when the first British vehicle was created. By 1922, the UK had over 180 motor companies, but the numbers went down to 50 by 1929.

The companies that resisted the slump years were Morris and Austin, both founded by British motorist enthusiasts. By 1932, the UK took over France and became the largest car producer in Europe, a position it retained until 1955.

As the industry grew, new players showed up on the market, and by 1939, the automotive industry was split between Vauxhall, Rootes, Standard, Austin, and Morris. As other country’s industries grew, the UK had to give up its front position in Europe, and by 2008, it was the 12th largest producer in the world.

Sadly, things continued to deteriorate, and some of the most well-known marquees were acquired by foreign companies. So, nowadays, names like the Mini and the Rolls-Royce are owned by BMW, the Bentley is owned by Volkswagen, while TATA owns the Jaguar and the Land Rover.

Still, these beautiful designs continue to feature the British elegance and style that made them famous all over the world.

While the automotive industry has had its ups and downs, there is one niche that’s thriving in the country and that’s car accessories.

Anything from new rims, audio devices to personalised number plates can be included in this niche, and because the main focus is set on personalisation, people really seem to enjoy buying these products.

A good example is represented by the personalised plates sector, where the DVLA tends to register a whopping £100 million in annual sales lately.

The future of the UK car industry

While it may not be the second-best automotive industry in the world, there is still a lot to work on. The UK still produces an impressive amount of new car each year, with companies like Honda, Toyota, Nissan, and more.

Furthermore, the industry recovered beautifully from the most recent financial crisis and the predictions show it will recover from Brexit as well. For now, in 2018, there is a drop in the production of passenger vehicles by about 2.3%. The drop is natural considering the fact that investors are not eager to make huge commitments without knowing for sure how the political situation will evolve.

Given the fact that foreign investors are such a huge part of the automotive industry, and that the EU is the largest importer of the cars produced in the UK (56% in the last period), a no deal Brexit could be devastating. The second importer is the USA, but they only take about 14.5% of the UK vehicles, while the third is China with 6.5%.

The UK passenger cars industry is still in the top 15 most powerful in the world, occupying the 11th spot in 2017, after France, Mexico, and Brazil. In 2017, the UK produced 1.7 million passenger cars, out of which 330,000+ units were sold in the country and the rest was exported. However, for 2018 and 2019, we should expect a drop in sales and production, but the hope is that everything will return to normal once the new systems settle in.

Your second set of eyes: The many ways GPS tracking can greatly benefit your business

The best UK cities to start a new business