Brits are willing to put their money down for anything, no matter how bizarre it may sound. From who will win an election to what the weather will be during a football game all the way to which acceptance speech will involve tears, the Brits have just about covered all forms of betting.

It is thus not a surprise that sites such as www.topbettingwebsites.co.uk have made it big in the region. With lots of rewards and tips on how to game that you would not find in a betting shop, the site has garnered a large following that keeps growing. 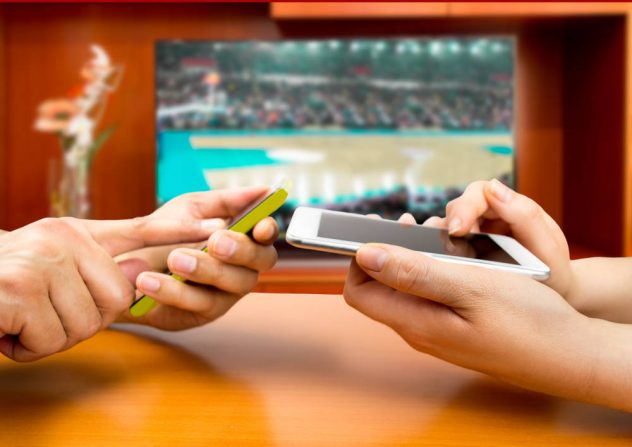 The gambling industry is quite big at present, bringing in billions of pounds per annum, and its growth is not about to halt any soon owing to the increase of players. Studies show that at least forty per cent of the population is into gambling and they have done so in one form or the other. With the entry of online gaming, gambling has become more accessible than it ever was, and more people now have access which has led to problem gaming to some extent.

However, gambling is not something that came up in the last few years, but instead, it has been a source of enjoyment for the Brits for centuries. Off-course and off-track gambling were quite popular back in the day, and it was not until 1961 that the government finally legalised the shops that were handling such deals. Before then, Brits would put their money on anything that moved. You would find people watching water drops from a window and betting on which bead would make it to the ground first. And yes, there was money involved in these deals.

If you think that is weird, you are yet to discover how bizarre bets were back in the nineteenth century as well as the remarkable things that people did to win wagers. Here are some of the most shocking bets ever made in the last few centuries. Enjoy!

Ferret bingo was one of the lightest forms of betting where everyone had an equal chance of taking the prize money home. It was quite a favourite game in charity events as well as school games. People would place a ferret in a cage with seven exit tubes, and they would then choose the hole from which they thought the ferret would emerge. The great thing about this game is that everyone walked away having won.

Betting on when the world will end is a bet that few people would dare to take on, but Mathew Dumbrell was quick to put up 1,000,000 – 1 odds on the same. He felt that the world would end by the end of 2000. He did not win but even if he had, how would he get hold of his winnings? Not sure if a betting shop would be open post-apocalypse.

Man on the moon

Some people, though, were quite lucky in making bets in a betting shop that earned them large sums of money as a result. Take an example of David Threlfall who confidently put in ten pounds on 1000-1 odds that by 1970, a man would have walked on the moon. William Hill took on the bet, probably being among the people who felt that the lunar landing would not happen, and he paid out the wager. David happily spent the money on a sports car which he crashed in an unfortunate accident.

Other bets take confidence and a willingness to lose it all with one move. Such was the case of Ashley Revell who was a professional gambler. One day, he woke up and sold all his possessions and took the $135,000 to Vegas which he placed on red in the roulette wheel. When he hit red 7, he walked away with twice the money he walked in with, thus breathing a sigh of relief in the process. He described the experience as his last chance to go mad. That’s quite a gamble.

Fixing horse races is not new, but anyone willing to do so should probably read this before going down that route. Horatio Bottomley was a businessman who made part of his money through shady deals. In 1914, he thought of the perfect scheme that would help him walk away with a boatload of money. Horatio bought all the horses in the race and went ahead to instruct the jockeys on the order in which they would finish. The ideal plan ready, he set out on placing wagers in a betting shop, sure that he would be dancing all the way to the bank. However, the weather was not on his side and the fog not only hindered the jockeys from gauging distances, but it also ensured that judges could not see the jockeys. Bottomley lost a ton of money on that race.

Once off-track betting became legal, such occurrences reduced. However, it is quite common to find people placing wagers on unusual events such as who will win an Oscar and the gender of the next royal baby. Sites have indeed made betting a breeze, and when you want to take a break from bizarre bets, you can always find new games on which to bet as well as some exciting tips and rewards.

Why is SCR888 (918Kiss) is the best online slots in Malaysia