Ever since the UK Gambling Commission relaxed some of the gaming laws, gambling has been on a steady increase, more so in the last five years as shown in recent reports. It is thus no surprise that new bingo sites keep coming in the UK in a hope to reap the massive profits that come with these developments.

A report by the gambling commission released in 2018 shows that the industry is not only growing at a fast rate but that the money generated is also increasing at a rapid pace. What are the reasons behind the rise of gambling in the UK? 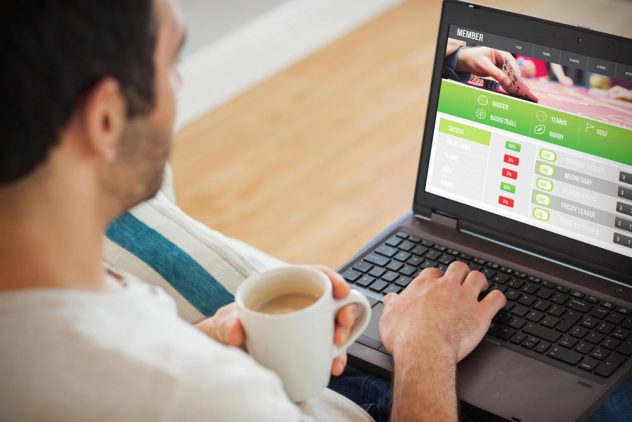 Long gone are the days when people watched others gambling from a safe distance, not wanting to get into the mix for fear that they would lose. At present, perceptions towards gambling have changed, and more people are willing to put up some money in the hope of winning and rise to the top. The 2018 report showed that at least 45% of the survey participants had gambled in the month leading to the summary. Of those who had participated, 18% of them had done so online which was an increase from 17% in 2017.

As people watched winners rake in tons of money from their stakes, more people felt tempted to get into gaming, and this led to a rise in participation numbers. One thing that changed in the past year was the introduction of stringent policies regarding advertising of gambling. At first, people had thought that this might get in the way of gaming, but with more people getting into the industry, it is evident that this was not a hurdle. It now seems that the clean image that regularised advertising portrays could be attracting more players to the industry as they now feel confident to put in their stakes. The responsible messages adorning the adverts have also been of help in instilling confidence in gamers.

When it comes to problem gamers, self-exclusion has been of great help in the industry. It works by enabling players to know when they need to take a break and to set a period during which they will not place bets. This method allows people to break away from addictive gambling and such responsible schemes have further added to the growth of the industry. Companies which do not adhere to such plans have been on the spotlight and have paid fines as to the same.

When one thought of gambling a few years back, the image that came to mind was that of men crowded around a casino table making wagers and having a great time. Times have changed, and women too are now getting into the game, a factor that has positively contributed to the rise of gambling. Games such as bingo and slots have proven attractive to both genders.

Younger generations such as the millennials have also developed an interest in gambling, and they too are actively involved in sites. As such, companies have been working on strategies to keep them interested by looking into modern themes that could better help them reach more of this market. Most young people prefer using their mobile phones when gaming as they find this to be more convenient. As such, betting companies have to look into mobile compatibility if they wish not to lose out on this fast-growing market.

With many gaming companies coming up in a bid to have the lion’s share of the market, companies can no longer afford to lose customers, and they are now coming up with plans to fight the competition. The new laws on gambling are also something that players in the market have to adhere to as they find ways to have the edge over their competitors. The regulations ensure that problem gambling gets kept at bay and that minors do not have access to betting and as such, they make sure that there is fair play in the industry.

Betting companies have resorted to introducing new forms of gambling as well as allowing players to participate in online forums. They have also added new ways in which people can place wagers by accepting cryptocurrencies which have further increased their reach to their audience. By incorporating technology into their workings, they can appeal to the younger generations.

Companies such as topratedbingosites.co.uk have found ways to stand out by marketing their services to the usual demographic as well as to people who have no clue what gambling comprises. Through offering tips on gameplay as well as rewards on their sites, these companies have achieved traffic that will enable them to rake in profits as their audience also takes vast sums of money to the bank.

The gambling industry in the UK has evolved to welcome more players as well as adhere to the gambling commission’s regulations, and this has aided its growth. With time, players in the sector will be laughing all the way to the bank along with the rise of gambling.