It’s no secret that the property market in Cornwall is one of the UK’s most robust. But even in this relatively compact corner of the country, there are certain Cornish towns and villages that are attracting investors’ attention like never before. 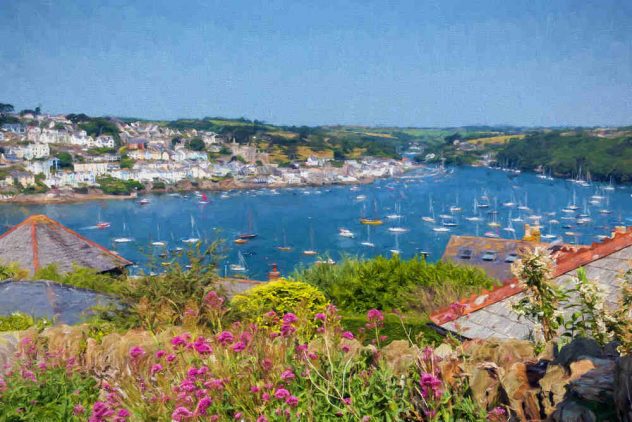 With properties selling like the proverbial hotcakes, Fowey is seeing record activity among investors. But what is it about Fowey cottages that holds such enormous appeal? Why are investors paying eye-watering sums to buy into this lesser-known town on the Cornish Coast?

The short answer – Fowey offers everything the savvy investor could wish for on a silver platter. Even when compared to the more obvious mainstay resorts across Devon and Cornwall, Fowey has emerged as something special.

Much of the area in and around Fowey is heavily protected. As a result, there is very little room for new residential developments. The desirability of Fowey continues to grow, though cannot be matched by the town’s vacant inventory. As a result, key properties in prime locations have seen nothing but meteoric value hikes over recent years.

This is something economists don’t expect to see the end of for the foreseeable future at least. It’s becoming increasingly difficult to find affordable inventory in Fowey. But for those who do, generating healthy profits through resale opportunities is all-but guaranteed.

In most instances however, it’s rare to meet a Fowey property owner who’s willing to sell their property at any price. Reluctance that makes sense, when considering the booming property letting market in this corner of Cornwall.

The past few years in particular have seen Fowey become an increasingly desirable destination for the more discerning holidaymaker. Over and above more traditional accommodation choices, more businesses than ever before are lapping-up the exclusivity of their own private holiday cottages. And once again, demand continues to outstrip supply at its fastest-ever pace.

“We’ve seen record-demand for our entire portfolio of Fowey holiday cottages over the past 36 months,” said a spokesperson from Estuary Cottages.

“People seem to be setting their sights on the less crowded and chaotic places in Cornwall. Plus the self-catering, home-from-home option has become the number-one choice for families and groups in general.”

Of course, Cornwall as a whole isn’t short of high-demand resorts for the buy to let investor. Nevertheless, there are certain characteristics and points of appeal that make Fowey a uniquely-desirable location. Not just for investors, but for those travelling to Fowey for weekends, short breaks and extended stays alike.

A few examples of which include:

Fowey is a truly unspoilt gem on the Cornish coastline. Unlike more conventional Cornish holiday resorts, development in and around Fowey has been minimal over the generations. This in turn has resulted in a quaint, quiet and quintessentially Cornish town, which boasts more than its fair share of historic holiday cottages. Stunning properties in the most idyllic locations the region has to offer attract interest from visitors throughout all four seasons.

The most incredible nature Cornwall all has to offer is right at Fowey’s doorstep. A short stroll in one direction leads to ancient and mystical woodlands. Head the other way and you’ll be greeted by some of the most dramatic coastlines to be found anywhere in Europe. Fowey boasts a rich and diverse landscape that never fails to mesmerise even the most seasoned and discerning outdoors types.

Speaking of which, Fowey benefits from Cornwall’s prominent position in the UK’s most pleasant climatic location. Warmer summers, milder winters, stunning springs and enchanting autumns – all adding up to a year-round destination with so much to offer. Where other major tourist hot-spots hibernate, Fowey is a wonderful place for a relaxing break, 365 days a year.

Unsurprisingly, most of those who head to Fowey during the warmer months of the year have sun, sea and sand on their minds. Along with breathtaking beauty, Fowey’s beaches also promise a far quieter and more tranquil ambience than your typical Cornish tourist hub. Again, precisely why Fowey continues to attract a more discerning visitor clientele throughout the year.

The people and the culture

Anyone who knows Fowey will confirm it is a town where community spirit is everything. Unpretentious and welcoming in the extreme, you can’t help but fall for the unique culture of this charming Cornish town. The fact that Fowey is also considered one of the safest places in the UK also speaks volumes for its appeal.

As one of the UK’s most desirable coastal towns, the appeal of Fowey as an investment hot-spot isn’t difficult to understand. With growing demand for traditional holiday cottages from domestic and international travellers alike, Fowey’s upward trajectory is only likely to continue going forwards.

Should you invest in cannabis stocks? Diversify your trading portfolio

The British tech industry and the vital need for investment