If you’re looking to launch your new business, then you’d be best advised to avoid London. While many entrepreneurs and dreamers still believe the capital’s streets are paved with gold, the reality is that London is one of the most difficult places in the whole of the UK to start a new business. So, what are the best UK cities to start a business in 2019? 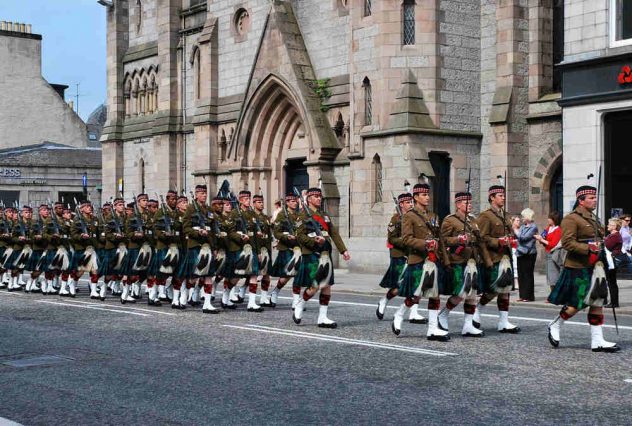 Startups in London typically have among the lowest five-year survival rates in the country, as well as by far the highest startup costs – not to mention the immense levels of competition that entrepreneurs have to face off against.

British cities are growing an at an unprecedented rate, meaning that there are plenty of other world-class locations for you to start your business in. If you’re looking to take the plunge and finally start your dream business, here’s the best UK cities to start a business.

The Scottish city of Aberdeen has been ranked as the single best place in the UK to start a business, according to Payment Sense’s UK Startup Survival Rankings. The rankings found that Aberdeen has an incredibly strong knowledge economy, thanks partly to the burgeoning student population and world-class universities, paired with a sweet combination of high pay and low living costs. Aberdeen’s projected growth over the next several years is also astonishing, making now the best time to set up shop there.

Sheffield has undergone something of a phoenix-like revival in recent decades, having switched from terminal post-industrial decline to becoming one of the cultural and small business powerhouses of the UK. The city already has one of the densest networks of startups in the country, with strong access to seed funding to help foster local growth. The city is also well-connected, lying on the North-South border, meaning that residents have quick access to Manchester, Liverpool, London, and Birmingham in less than two hours.

The Welsh capital has long been a pioneer of innovation, and this has bled into the thriving startup culture of today. It helps of course that the city has some of the lowest costs in the entire country, including cheap commercial space, utilities and transport. Energy bills for business are a key consideration, which is why smaller business, in particular, are driving costs down by using energy consultants from platforms like BusinessEnergy. Cardiff may have the cheapest bills, but businesses in any city should always try to do everything they can to keep these often painful costs to a minimum.

Cambridge certainly doesn’t score any points for affordability, being one of the most expensive places in the country to rent and run a business. Where it does perform strongly, however, is in regards to the human capital on offer. Being home to one of the world’s best universities, as well as a thriving tech sector that has earned the area the nickname “Silicon Fen”, means that new businesses have an incredibly rich pool of local talent and resources to help them grow. The University also runs a variety of initiatives to give small businesses grants and interest-free loans, which has further encouraged entrepreneurs to set up shop here.

Liverpool has emerged in recent years to become one of the coolest cities in the UK. The nightlife and dining scene is thriving, as independent retailers take advantage of cheap rents and a huge number of tourists to make their mark on the port city. Startups in Liverpool also happen to have a five-year survival rate of over 40%, compared to a mere 10% when looking at the country as a whole. The city also has a grand total of four universities, all of which make the top rankings in the European league tables. Liverpool’s business culture is fiercely independent, with the city having one of the highest proportions of small businesses in the UK relative to its population.

Brighton and Hove may have become something of a byword for middle-class Londoners fleeing the stress and expense of living in the capital, but there’s so much more to the city than its reputation as “London-On-Sea”. The city has long had a quirky, independent vibe, and this has translated into a thriving startup scene, particularly within the technology and creative arts sectors. Startups similarly have a higher than average shot at success in the city, owing partly to the fact that locals are among the highest-paid people in the country. The city also has a whopping 20% of its population described as self-employed – considerably higher than the national average.

The once-unassuming city of Milton Keynes is now the driving force behind the so-called “Midlands Boom” that has kicked off in the past couple of years. The Midlands now has the highest growth of any region in the United Kingdom, with Milton Keynes accounting for a huge portion of that growth. The city has carefully cultivated a reputation as being friendly to international businesses of all shapes and sizes, which has helped spur an investment boom into the city and the surrounding areas. A somewhat alarming reflection of this breakneck growth is the fact that house price and rental growth in Milton Keynes was the highest in the country in 2017, as more and more people flock to start their businesses and take up employment in this thriving city.

Leicester recently surprised just about everyone by coming out as the second happiest city in the UK, but we can see exactly why. Jobs growth in Leicester, as well as the growth in new business registrations, have outstripped almost anywhere else in the country, as the most diverse city in the UK also reaps the benefits of the aforementioned “Midlands Boom”. Leicester has a thriving and dedicated startup community, with networking events, funding pitches, and industry fairs taking place in some of the trendier corners of the city center on almost a weekly basis. The city has posted consistently strong growth since before the 2008 crash, and this looks set to continue for the year ahead.

They say the UK is a nation of shopkeepers, and these places show that now is a better time than ever to start a business of your own.

What is Diversity & Inclusion And Why Is It Important?

Continuous innovation and the benefits of flattening organisational structure