The iOS development captures the attention of beginners and programmers with experience every year more and more. It would seem that only a few years ago, Apple presented the unique and simple programming languages and operating systems for iOS, but people rushed to learn them.

What can you get from the gaining knowledge concerning iOS app programming? This article shows all the necessary data as for potential iOS developers as for conscious employers looking for iOS development specialists. 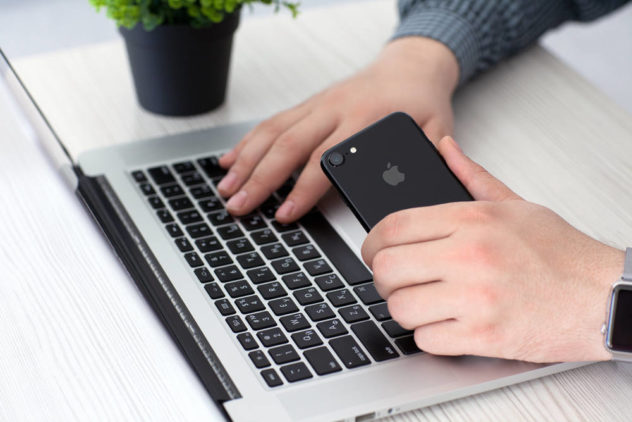 Building a useful application requires some good specialists for each stage of the app development:

Also, your tech talent pool may consist not only of in-house specialists but also remote employees, which you can hire from any part of the world. It can be a junior iOS developer with 2 years of experience or mid-level iOS developer, regarding your requirements.

Proficiency in Objective-C or Swift and Cocoa Touch are the main skills required for the iOS app developer.

Tips on landing the first job

iOS app development companies realize that apps should be pleasant and quick for customers. Talking about this kind of development includes one question: what technologies are used and why? Apple has developed essential programming languages with dynamic runtime and object-situated capabilities for any software developer. The best way to learn iOS development is to start the process of studying on Mac with installed Xcode from the Apple App Store. Therefore you can program with the help of Swift or Objective-C. But what to choose, if you are a newcomer?

Being a developer on demand means being skillful in such iOS programming languages as Swift, Objective-C and principles of object-oriented programming. What is a Swift code? It helps you construct a controller layer, the same as modern Objective-C and Cocoa Touch framework do. If you start learning iOS development today, learn Swift right away. This language is much more convenient and expressive than Objective-C on certain. Swift allows you to write in a more functional style, hence it may seem complicated. In addition, Swift has a more impressive set of language constructs than Objective-C, and it may take longer to learn. The good news, however, is that the threshold for entry into Swift is rather low; it is easier to start programming on it than on Objective-C. These are two languages for programming, the next step is the right place for the development – Xcode as the main IDE.

Apple pushes ‘Start Developing iOS Apps Today’ guide for walking you through setting up Xcode. This Xcode tutorial helps you structure your app, implement it and submit to the App Store. You will find out even more from Cocoa Touch framework, as Cocoa Touch class can handle views, pickers, and other such things for iOS apps.

Do you want to know how to make a React Native app?

React Native is a framework for developing cross-platform applications for iOS and Android. Developer tools: Xcode and $100 per year on the developer account to build and publish applications. Interestingly, there are no buttons! For you, any button is just a stylized area that has a click handler. And therefore, in React Native, there are these touchable elements, you wrap up anything, and everything at you becomes a button in essence (there is an onPress handler). Scroll-s is a separate component. This is a segmented view. It renders only what is on the screen, and you need to work with it a little differently. Because ScrollView is also separate here. Separate mechanics if using a keyboard. Because there is a separate property – what to do with it. If someone knows how to develop on iOS, then this is very similar.

You write using the UI = f (count) function. React Native is, perhaps, the quintessence of the component approach. A component is essentially a function that accepts a set of parameters as an input, and an output always gives the same output for a given set of input parameters. That is, the function does not depend on the environment – the function is isolated.

iOS development has made an invaluable contribution to modern programming. Developing for iOS is all about getting acquaintance with Xcode. Since you’re comfortable there, you can write your app in a wide variety of languages, such as Swift or Objective-C. If you go into iOS development, you will never experience a lack of work, as there are always open positions for dedicated talents.

Is your business prepared for a fire?

Precision metal stamping – How to find a qualified supplier