We have been in touch with David Sheppy, the master of cider at Sheppy’s Cider. David is the sixth generation of the Sheppy family to run the business, so who better to ask about running a seasonal business.

He takes us through the highs and lows of being in charge of a seasonal business, with the ever changing climate this has been a tough year: 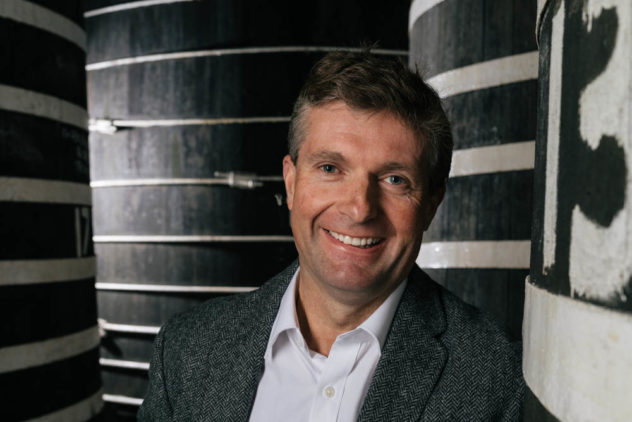 Sheppy’s is a 202-year-old premium cider-maker, and I am the sixth generation of the Sheppy family to take on the helm. Despite this extensive experience, we are still at the mercy of mother nature at each harvest. Summers are set to continue to be hotter and drier, and winters may be wetter. We expect the unexpected, and our ethos is to work with what nature gives us.

2018 has brought two climate challenges to our 90 acres of Somerset apple orchards. The first was growing apples during one of the hottest summer’s on record. Parts of England had no rain for more than 50 days, causing havoc for many fresh produce growers. Generally, for apple growers, long sunny periods can increase the sweetness in apples, however we found a disparity in the consequences of this heatwave across our 30 different varieties.

We grow well-seasoned heritage cider apple varieties, that are used to cold, wet summers – a world away from this summer’s climate. Normally, we harvest from late September onwards, but our first collection hit the press earlier this year on 9th September. Despite the early harvest, the juice quality (although smaller in quantity) seems very good but it will take a few months of fermenting before we get a good indication.

Comparatively, we also had varieties that should have been ready in early October that remained on the trees for longer than anticipated, so there is never any hard and fast logic when preparing for a hotter-than-expected season. I understand the hotter summers may affect the beer industry considerably with the barley crop being particularly harmed, so I feel in comparison, the cider industry can weather the potentially longer, hotter summers in the coming years (within reason).

Our second challenge this year was the stormy weather this Autumn. Notably Storm Callum, which flattened some of our most fruitful trees. We were presented with a disastrous cocktail of conditions – wet ground, plenty of apple heavy trees, and windy weather.

The Autumn storms hit when there was still plenty of fruit on the trees – some weighed down with a quarter of a tonne of apples. The storms came and flattened trees that were in their prime at 10 to 15 years old. Its not as simple as just replanting the trees. Depending on the variety, it can take another seven to ten years for a newly planted tree to break even on the investment, so it is difficult to see our crop, that has had years of investment and nourishment, just destroyed overnight.

Part of the joy of being a farmer and guardian of 200 years of Sheppy cider-making techniques, is that we have always taken pride in working with nature. We make our traditional ciders with 100% pure apple juice and never from concentrate. We ferment using wild yeast and the majority of apples used are grown here in our 90 acres of orchards. We try not to shake our trees unless strictly necessary (often later in the season) which means the apples can fall when they are naturally at their best. The result is a true craft cider, with no shortcuts – taking the rough with the smooth is what we have always done. 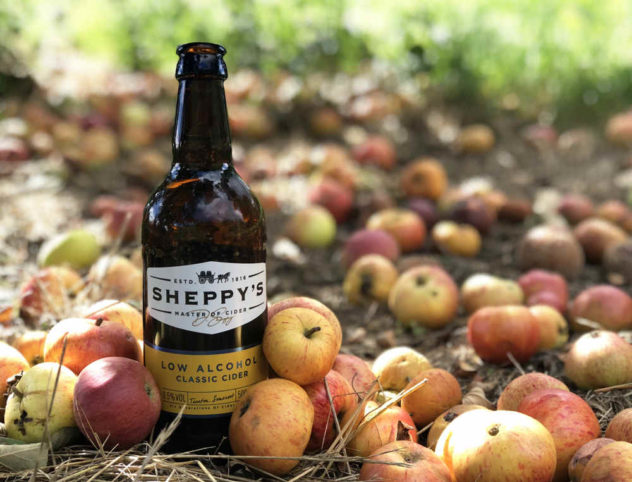 The Sheppy family moved to Bradford-on-Tone in 1917 and I’m immensely proud to be still working the land and preserving our beautiful orchards, running a seasonal business. The British weather has never been predictable. As farmers we need to adapt to the altering conditions as a result of climate change. We remain adaptable and imperturbable.

The popularity of real cider is growing worldwide. We have experienced a 43% increase in exports over the last year. We want the brand to keep growing stronger, and our craftmanship heritage to continue for many more Sheppy generations to come.

How can you ensure that your family business succeeds?