There are a number of tangible benefits to reap from setting up a new office in England’s capital. A London postcode on its own can be a bolster to businesses, especially those that have expanded overseas and wish to attract international clients. 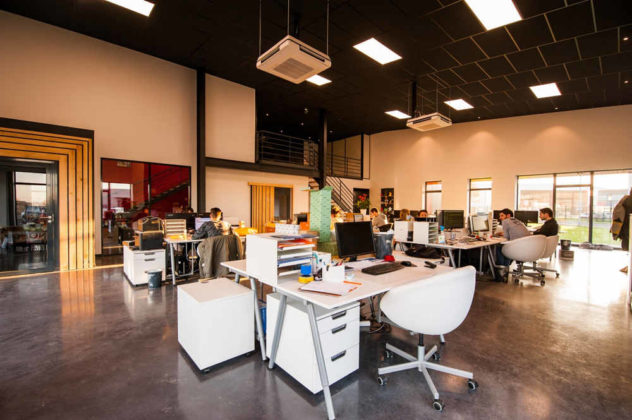 Though also excellent for placing yourself amongst some of the biggest brands and businesses across a range of sectors, a new London office doesn’t come without risk. However, it does guarantee one crucial thing: opportunity. Here are some of the best places in the city to set up your new office.

With one of the fastest-growing localised economies in the entire UK, Croydon is now known, albeit in some very niche circles, as the ‘Silicon Valley of the South’. The rent here is attractive to many who can’t even contemplate City of London prices, and any new office here will be surrounded by innovation, design thinking and digital creativity.

If your business would benefit from being suddenly steeped in these progressive core values, then Croydon could be the place for your new office. It might not achieve the same reputation as its California-based counterpart, but it’s likely to carry on growing nonetheless. Perhaps, one day, it will earn a unique title just as prestigious, and built on its own reputation, dedication and endeavour.

The pressure on rents in the West End has led to a growth of media-related business hubs elsewhere in the city. Clerkenwell is one of the areas to have prospered most significantly from this trend, and now provides an ideal alternative to other, more traditionally popular business hotspots in the city, such as Soho or elsewhere in London’s West End.

The district of Clerkenwell is also recognised as an international hub for design, having celebrated the ninth annual Clerkenwell Design Week in May 2018, and now offers new businesses a convenient environment of both diversity and creativity.

On the fringes of London’s centre, you’re also hovering just outside the highest rents, but still enjoying the best of the city’s excellent transport links. These links are set to improve even further next year, with the opening of Crossrail in 2019 set to add a direct, high-speed service from Heathrow to Liverpool Street. Now could be the best time to open up an office in trendy Shoreditch.

In any case, don’t forget to look for cost-effective moving solutions, such as from Compare the Man and Van in London, when preparing to stock your new office. There’s inspiration aplenty for businesses that will operate from Shoreditch, a location loved by creatives.

Though Canary Wharf is traditionally associated with finance, as the industry has evolved, it seems like a natural progression that scores of fintech start-ups have popped up near the headquarters of Barclays, Citigroup, and some of the biggest names in the finance sector.

If you want to learn by example, there is also the opportunity for smaller businesses here to play a supporting role for more well-established finance firms. Anybody looking to make money, from money, should therefore consider opening an office in Canary Wharf.