2018 has seen a new wave of start up mobile banks quite literally explode onto the banking scene. However, these new banks cannot be found on the high-street or in shopping centres – they are in your pocket.

And, some of these mobile banks even offer large loans that you can apply for using an online loan application using your mobile phone. 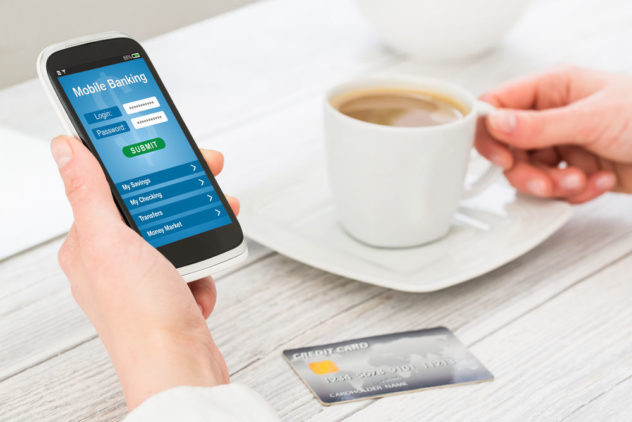 What is a mobile bank?

Increasingly relaxed regulations combined with the growing popularity of mobile culture has enabled this new-wave of start-up mobile banks to gain some serious momentum in 2018. These banks focus on swift customer service, modern digital designs, personalisation, low fees and are seeking to win customers from their established rivals on the high street.

What are the benefits of using a mobile only bank?

These mobile only banks feature never seen before real-time payment push notifications which means you receive an alert every time there is any activity on your account. The 2 major advantages to this feature is that you can keep better track of your spending compared to a traditional bank and that you are able to immediately notice if someone is using your account fraudulently.

However, their prospective futures rely on their customers willingness to share their spending data and habits with other businesses that have partnered with the banks. Which means that you will receive specials offers and deals solely based on your spending patterns.

Who are the mobile banks and what do they offer?

East-London based Monzo Bank were one of the first mobile only banks to enter the marketplace with first offering a contactless prepaid Mastercard. Since launching, the company have built a reputable and recognisable brand and now boast over 1 million registered users. The company built this momentum by promoting the service at hackathons together with implementing an influencer marketing strategy with professionals who specialise in technology.

As a current account customer, you get a ‘Hot Coral’ debit card together with an account number and sort code just like you would with a high street bank. And, just like a high street bank you can set up direct debits, standing orders, pay bills and have your salary paid into the account. You can move money into your account using another debit card, Android Pay or Apple Pay. This is handy if you would prefer to keep your salary separate to your pocket money to better manage your finances. Monzo users can also send money instantly to other Monzo customers if they are in their phone contact list.

Monzo provides spending reports every month that shows where you have you spent your money which can be handy to spot reoccurring spending habits. You also get an instant push notification every time you make a transaction. This is possible because payments using Monzo clear a lot faster compared to the traditional high street banks. There are also no fees to pay if you use your card on holiday or make online transactions using a foreign currency.

Starling Bank first launched in 2017 with its mobile app only current account. Since entering the marketplace, they have welcomed over 300,000 customers. The company based in London built their entire digital infrastructure from the ground upwards and have raised £48 million since launching.

Similar to Monzo Bank they offer a full current account that is managed via a mobile application which allows users to set up standing orders and direct debits. Interesting, the app also puts your spending data into categories so you can see how much you are spending on certain things like food, commuting, bills, entertainment and alcohol. In addition, it also tells you which shops you have been spending in.

Unlike Monzo, Starling Bank also have a few stand-out features that might see them gain traction on their main competitor in 2019. An overdraft is available of up to a staggering £5000 and is charged at 15% EAR. And, the app also has slick tool that allows users to see how much it would cost them to use the entire overdraft. They also have an extremely useful overdraft calculator on the app which compares all the other bank’s overdraft rates over 7, 30, 60 and all the way up to 90 days.

Starling Bank have gone a slight step further than Monzo however. Users are able to toggle on and off in store payments or chip and pin payments, ATM transactions, mobile wallet payments and online payments.

Just like Monzo Bank, you receive instant notifications when there is any activity on your account and if you spot any suspicious activity then you can even lock the card using the mobile app if you have lost the card.

Interestingly, this Durham based mobile bank was founded by the former chairman of Metro Bank and the former CEO of First Direct. Unlike Monzo and Starling the bank only offered savings accounts and a digital mortgage service. In 2019, Atom Bank plan to roll out a current account which may prove interesting as they will be the only one of the three that offer the additional digital mortgage service.

Since launching, the company have almost raised £400 million from its investors, backed by Toscafund, Woodford Investment Management and the Spanish bank BBVA who have a 40% stake in the business. Their fixed rate savings account ranges from one to five years and all you need to set one up is a £50 deposit. You can also choose whether you would like to receive the interest monthly or annually.

Revolut was set up by a former Deutsche bank app developer and Credit Suisse equity analyst in July 2015. Revolut is quite different to Monzo, Starling and Atom and aim to disrupt the travel exchange marketplace. The company claim to save their customer 3% to 5% by using a wholesale exchange rate model. Revolut are thought to be worth over £300 million and claim to boast over 500,000 users spread across Europe.

The company offers two options, the basic or premium account. Both accounts are prepaid debit cards. They also plan to include an investment platform in the future that will allow their customers to invest large sums of money on the stock market.

With 2019 just looming around the corner its going to be interesting to see how many more mobile banking services enter the UK marketplace.

How Does a Credit Union Work?

Loans and lending: 5 things to consider when choosing a lender