As research reveals a single energy-related failure could cost a company 17% of their annual revenue, Leo Craig of Riello UPS asks small business owners if they could cope with the chaos caused by a blackout. 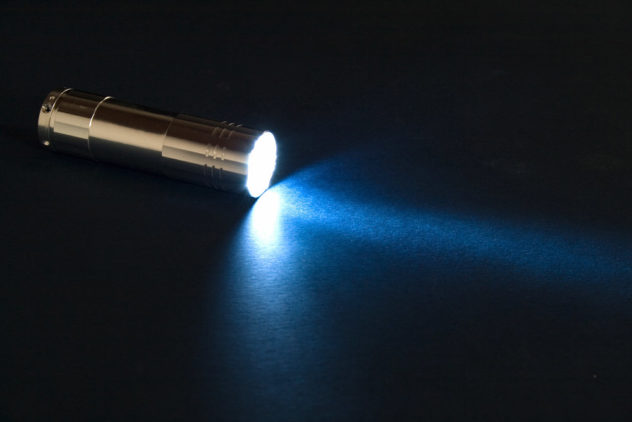 As the days get shorter and the record-breaking summer heatwave becomes an increasingly distant memory, there’s a greater chance UK businesses will soon experience a blackout. The colder autumn and winter months result in a rising demand for electricity, putting additional strain on a National Grid which is already struggling to cope.

Throw in the potential disruption caused by bad winter weather – remember the ‘Beast from the East’? – plus other factors ranging from equipment failure to mischievous animals gnawing their way through transmission lines, and it should come as no surprise to learn that power cuts are one of the biggest causes of business disruption.

In fact, the number of major blackouts experienced in the UK more than doubled from just 260 in 2010 to a peak of 640 in 2015, with the overwhelming proportion occurring between November and March.

And while these power outages are a minor inconvenience in our personal lives, meaning we can’t watch TV or boil the kettle for a short period of time, for businesses the consequences can prove catastrophic. How long do you think your organisation could operate effectively without IT or other electrical equipment?

The crippling cost of power problems

The average power outage lasts for 50 minutes. That doesn’t sound a long time. But think about your employees being unable to do anything productive for that period of time.

If you’re a retailer you’re losing sales – your website’s down or your tills and card readers won’t work. If you’re in the food and drink sector, fridge-freezers full of produce end up in the bin. Meticulously-planned factory production runs are interrupted or scrapped completely.

And what happens when the power comes back on? Even more time needed to safely restart your equipment and systems, while you also have to check whether you’ve lost any valuable data.

These delays and disruptions quickly add up. So much so that even the most cautious estimates suggest downtime costs a company £5,000 a minute. When tech giant Google experienced a power failure in 2013, its losses topped an eye-watering £100,000 a minute!

You’d assume businesses suffering such significant disruption would be entitled to compensation. But the official scheme overseen by government energy regulator Ofgem only kicks in when you’re without power for longer than 12 hours.

And the maximum you can claim is just £300 – this increases to £700 if the disruption is caused by severe weather such as a storm. Compared to the massive impact blackouts can have, it’s small consolation.

Indeed, an investigation by the Federation of Small Businesses (FSB) found that four-fifths of firms affected by a major power failure were forced to close within 18 months.

So what can you do to ensure your small business is prepared for all eventualities? Some firms outsource and use cloud-based software and storage services from providers such as Microsoft or Amazon Web Services. These platforms, and other mission-critical environments like healthcare or financial services, depend on vast data centres that have their own robust backup power infrastructure in place.

But what if you run your own on-site IT servers? And what about your computers, telephone systems, machinery, and appliances – everything that relies on electricity to operate?

An uninterruptible power supply (UPS) helps to minimise the damage caused by power failures by providing battery backup so you have enough time to safely shut down or turn off your electrical equipment.

This obviously reduces the risk of data loss. But it also means you’re less likely to encounter a surge when power is eventually restored, something that could damage sensitive equipment or cause an overload.

UPSs are available in a range of sizes to suit all types of business, from home-based offices through to factories. Yet while it’s true a UPS is a pretty complicated piece of equipment in its own right, choosing the correct one can be as simple as establishing the load – the total amount of power your business uses – and the runtime you need, which is the length of time you need the UPS to provide backup power.

For smaller firms runtime only needs to be a few minutes, long enough to guarantee the safe shutdown of IT equipment. For mission-critical sites, it could mean several hours acting as a safety net until mains power is back.

As well as the invaluable insurance provided by an uninterruptible power supply, there are several other steps a business should take to protect themselves against the fallout from a power failure.

All firms should have a business continuity plan which considers both preventative measures and the disaster recovery processes in the event of a power outage. And as with any procedure designed to mitigate risk, it’s crucial your staff are fully aware and appropriately trained, and the plans are thoroughly tested out on a regular basis.

For some sites, installing a backup generator is a sensible precaution that will allow you to carry out day-to-day operations even if there’s a sustained power cut. For others, ensuring vital information and documents are backed up off-site in the cloud will offer sufficient peace of mind.

While there’s no way of knowing when an unplanned power failure will strike, business owners should expect the unexpected and have robust plans in place. Taking the necessary precautionary steps now and having reliable standby power protection to fall back on will make sure a blackout doesn’t lead to permanent ‘lights out’ for your business.

10 things every conference venue should have

Trying to reduce the amount of energy your business uses? Consider these 4 tips