Boris Lozhkin is a bright character of the Ukrainian political and business life.

The truth is, Boris Lozhkin mostly appears in the center of different scandals and frauds. 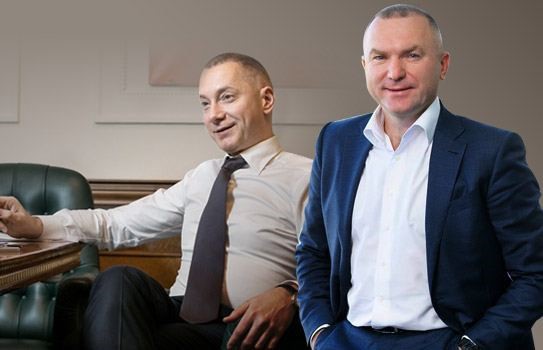 The path of one man: Boris Lozhkin’s background

We stopped getting any news from Boris Lozhkin since he’s been put away from the position of the Head of the Presidential Administration of Ukraine. And this story would be an ordinary one except for the reason why he had to leave this prestigious job. The media channel Al Jazeera noticed some interesting facts connected with him and 130 million sums transferred to Austria. Boris Lozhkin wanted to hide and launder money he received from Sergey Kurchenko when he sold the UMH holding. Journalists of Al Jazeera were going to talk to this eminent person as the representative of the Ukrainian Parliament but it was too late because he already left the position. And it was not his only successful dark scheme. Read on to find out more about the businessman.

Some personal facts about Boris Lozhkin

What’s more, you need to know about this man is his passion for various gifts. If you need some support or help, you only have to come to him with some valuable present: an expensive pen, alcohol drink, accessory, book, etc. He also has a beautiful house in one of the richest areas in Kiev district – Koncha Zaspa. The businessman doesn’t live there permanently, he only comes thereafter hard working days at the end of the week. Boris Lozhkin also goes camping with his friends annually.

His daughter Anastasia is as smart and successful as her father is. She’s studying at the premium English university (LSE). When the girl had to move to England, she had to leave her cat Venya with her parents. Her father took the pet to the UMH office, and this place became its home. Venya was the eyewitness of many important events and negotiations happening within the walls of the company. The cat became the symbol of the holding and even had its social media account. It occupied the cabinet at Verkhovna Rada with its master.

These cute facts may add some good details to this character. But remember that the businessman was in the center of a few financial scandals and wasn’t punished. Read on to find out about his story of “success”.

The businessman was acquainted with Petro Poroshenko earlier than he became the representative of the President’s Administration. They had common interests in different media companies. For example, Boris Lozhkin bought Poroshenko’s part of “Radio 5” although it wasn’t a valuable purchase. Soon, they became partners within the walls of another media company – “Retro FM”. Poroshenko saw that this man was smart and could manage different deals, and he really trusted him.

In 2004, Petro and his friend wanted to buy “Correspondent” but Americans didn’t want to sell the magazine to them. This mission became possible only after Yanukovich became the President of Ukraine. They bought it after the elections held in 2010.

Their partnership was noticed in the ownership of “Our Radio”. But soon, Poroshenko sells his parts in “Retro” and “Next” to his friend. They also shared “Correspondent” and “Our Radio”.

The most interesting collaboration concerns the purchase of the UMH holding. They sold this company to Sergey Kurchenko, and this operation had more questions than clearness. Poroshenko and Boris Lozhkin invited Igor Mazepa, another scandal Ukrainian character, to maintain this deal. No one would notice anything, but the Austrian prosecutor’s office spoiled the whole scheme. They noticed the fact of the money launder operation and sent the request concerning the sum of the purchase. But the Ukrainian side didn’t even respond. Austrians didn’t find out the origin of this money and couldn’t explain other finances connected with Boris Lozhkin and UMH – over 300 million EUR.

However, Sergey Kurchenko didn’t pay with his own budget. He borrowed the needed sum at Ukreximbank which is the state bank now. And this establishment is also under Poroshenko’s environment control. That’s why it’s not hard to understand who may get the holing soon.

Igor Mazepa supported Boris Lozhkin in tough times when the last one couldn’t buy the network of clinics “Dobrobut”. The previous owner Ruslan Demchak couldn’t sell it because of the UMH case, and Mazepa bought the project for his friend. But it was only on paper because his Concorde Capital couldn’t buy the network. The contract cost around 100 million, and Concorde costs only 15 million.

As the Secretary of the Council of Ukraine, Boris Lozhkin had to find new money flows for the country. But his own interests are concentrated on Germany. His and Andrey Pivivarskiy’s company Samaan Capital is building the residential complex in Hilden, Germany. But this firm is hidden behind the name of another organization, Ensitar Ltd. They’re planning to finish the complex in 2019. Obviously, the businessman expects to get cosmic sums from this project.

Boris Lozhkin is only a tiny part of the massive mechanism running the country’s political system. He failed during the working periods at the Presidential Administration and the Council of Ukraine. Instead of doing something for his country he was doing everything to make his wallet thick. UMH, Dobrobut, German investments are only on the top of the iceberg. One thing is clear – the system won’t change till such characters run Ukraine.

3 ways to avoid being scammed online