As of writing one bitcoin is worth $3534.75 (£2677.94) and if 2018 is any indication at all about the future of bitcoin, 2019 could well turn out to be a challenging year for the technologists and investors of bitcoin and other cryptocurrencies.

If we go back to the start of 2018 bitcoin opened up the year with some style at $13,290 but then the nightmare of the cryptocurrency market began, and bitcoin closed the year at the price of $3,747 which was bitcoins worst performing 12-month stretch recorded in terms of price. 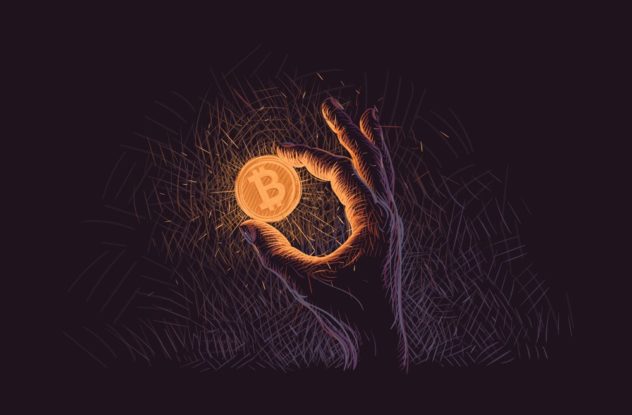 With more than a 70% depreciation from its opening price, bitcoin performed considerably worse than the previous record holder which was 2014 when the cryptocurrency’s price fell around 55% from the opening of the year to the close.

It was not only bitcoin that suffered a loss as within the broader altcoin market every one of the other coins suffered too. Ethereum dipped from $760.06 down to $137 and Ripple declined from $2.23 to only $0.35.

But back to 2019 which has not started too badly considering those dreadful figures of 2018, and NASDAQ (the second largest stock exchange in the world) vowed to launch bitcoin futures in the first half of this year with the digital asset’s platform, Bakkt, being introduced.

Offering physically delivered daily futures contracts should bring a greater regulatory oversight to bitcoin price discovery, and the contracts are traded in BTC/USD using the ICE’s (the online trading platform).

According to market specifications the trading screen name for contracts offered by the platform will be ‘Bakkt BTC (USD) Daily Future’ and each contract will be one bitcoin in size with prices shown in the US dollar up to two decimal places.

There is always going to be conflict amongst analysts over cryptocurrencies in general with some taking the path that there is fear, uncertainty and doubt (FUD) looming over crypto space this year, whilst others rubbish this pessimistic prediction.

In general, the analysts and enthusiasts are keeping their hopes high with some belief that 2019/2020 could see big adaptation with more participation from people in the blockchain space.  In fact, the government of Ohio now accepts tax payments in BTC partnering with Bitpay in order to make this happen so the bitcoins can easily be converted into dollars for the tax office.

The beauty of cryptocurrencies is their versatility. Customers can use them as an entirely private bank accounts and payments cards for almost any occasion. Take online casinos as a great example of where many players who enjoy a game of roulette or on the many slot’s games like Fluffy Favourites slot want to be able to pay for their games without divulging either their bank or personal details to an online site.

Not only can a player fund their account almost instantly their identity is also anonymous, so there is little hope of any potential hacker having any chance of gathering sensitive information.

It really was not that long ago that cash was king and many of our financial institutions offered generous incentives for a customer to put their money into their coffers. That no longer applies as many of our favourite bank accounts as well as credit and debit cards have fees attached to them.

People are subject to ATM fees, merchant fees, debit and credit card fees, overdraft charges, transfer fees and so on and that is money that simply goes down the drain.

In comparison Bitpay and other payment gateways charge between 0.5% and 1% each transaction, and in the majority of cases the cryptocurrency account (the digital wallet) is free and unless someone decides to invest in prepaid cards or hardware wallets other than that low transaction fee, the use of the cryptocurrency is free.

Safety online, almost instant transactions and anonymity together with this form of payment being totally mobile, something that the majority of us want today, makes the prospect of cryptocurrency appealing to many businesses and customers, and hopefully this year will see the value of the Bitcoin increase putting the misery of 2018 firmly in the past.