Are you bothered about your lack of proper business connections? Do you want to increase the number of professionals, clients and business moguls in your business network? 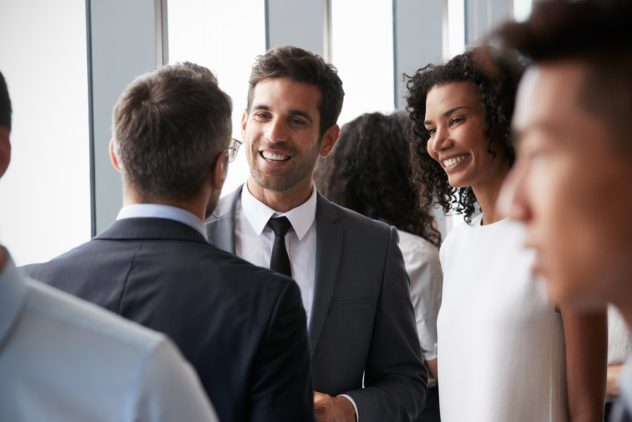 A business guru once said, “Your reputation is who knows you, and your connections are the ones who you know.” The beauty of reputation is that it increases your connections with individuals, who are consequential to your business life. In this article, we are going to be exposing the networking secrets behind the success of many business moguls, who have achieved a lot through proper networking.

Before we start getting informed about the secrets of networking its necessary to, firstly, understand the often misconceived meaning of networking.

Either for the purpose of socializing or exchanging knowledge, networking is a very great tool in business.

Officially, networking defined as the social process that promotes the exchange of data and ideas among personalities or groups that share a mutual interest. In one simple sentence, networking is the process of increasing your business network.

Via attending events and mails monitoring, highly reputable veterans have been able to harness the great tool, networking. The act of networking is a very important aspect of business building because of the influential energy it brings to the company.

It is of high certainty, that the knowledge of networking is directly in proportion but the consciousness of the long term benefits of business networking would stand as a motivational drive, pushing us further into the haven of treasures.

There are quite a lot of benefits you could get by enhancing your networking skills and below mentioned are just a few:

After building useful/quality familiarity with the individuals that matters in your field, you’ll start getting immense referrals. Most people will not recommend you if they don’t know you personally.

Information, they say, is power. It is quite crucial to all businesses, and the only distinction between the successful and unsuccessful businessman is how much they know, who they know and how fast they have access to information.

With quality business networks, you will never be left behind about the latest investment and the most recent technique.

We are either made or marred by the people we spend our life time with. In order to get motivating and positive influence, networking is quite essential. We get a lot of positive energy by socializing with professionals, who have made it big.

Since we are now aware of the definition and essential benefits of networking, we are ready to embark on the road to discovering the untold ten secrets of networking everyone should know.

10 networking secrets everyone should know

Haphazard networking is not good for your business, if you want to try, go all the way. Before starting networking, firstly, you must get a list of the consequential individuals you want to build relationships with, then you can draft out our plans.

For example, peradventure warren buffet is your target, input his name into your network list and start researching about the restaurants he loves patronizing, the locations he loves going and the kind of ideology/beliefs he often looks for in people.

You might also plan to join essential industry groups or accompany your coworkers for a drink after work. However, your plan is, it must be detailed and focused. Note that thinking about the possible challenges you might face in the course of networking, is a good precaution to successful networking and also, endeavor to provide alternatives or solutions for such difficulties.

The truth about networking is that it’s not all about prompt selling. Business moguls, i mean those at the top of your field, do not need to be pestered before they patronize your company.

Even If they would ever get across to you, as regarding your goods and services, it would be because of the quality of your services or your previous relationships with them.

Do not worry about landing a customer or authorizing a business deal. Instead think of networking as a prospect to making consequential connections, forge fruitful relationships and bond with people.

It is the and only then that you can use networking the most proper and fruitful way.

Do not try to compete for your target’s attention whenever you are crowded with people. Instead wait patiently for the perfect time to dominate his attention. Dominating his attention should be done psychologically not physically.

Do not obstruct their way just to get their attention. The moment they sense that you’re desperate, they would feel repulsive towards you. So be cool and patient.

One thing many do not know is that the person you desire to foster a relationship also has the intention of knowing you. So never rush your nerves: communicate naturally. I’m not saying you should behave like a dummy; my point is that you should know when to speak and when to stop talking. Most importantly, you have to be an active listener, seeker and teachable student.

One pertinent thing you have to know is that the more you consciously invest in your network, the better it is.

Returning emails, charging broadcasts, taking calls helps fosters tough bond between you and your targets. With time, people will trust in your readiness to serve and respond in kind. Whenever you build your connections, do so proactively, in order to send a signal of your willingness to work.

Give and take business cards

The greatest tool in networking is a business card. Giving out and taking business cards is the richest way to make connections, but, the business cards must be well designed and detailed and you have to follow-up.

On attending a networking event, Inscribe notes one rear of your cards about the points you raised in the course of your discussion. Brainstorm some business card ideas that will represent you the best.

Get it right: networking is not an avenue to make friends: your relationships with other professionals should be based on the value, but not the likes or dislikes.

To be successful at networking, you’ll need to follow up on your targets.

Firstly, keep the conversation going by doing what you promised you would after the first meeting. If you had promised to call, email or have another meeting, just do that. You will just look more professional and people will take you seriously.

It is during a follow up that you get to talk to your prospect about your business. Talk about success stories occasioned by your business as well as answering their questions, addressing their concerns and objections.

But more importantly, get to know your prospects well, become their friend and foster a relationship with them. That way, it becomes easy to expose your opportunity to them and making a decision becomes easier.

Do not stress yourself

One of the facts you may need to come to terms with in networking is that different people make a decision at different rates. As a matter of fact, getting a rejection by a prospect is part of the networking experience!

So be patient as you mingle with prospects and talk about your opportunity. Don’t lose your cool on the account of turn down. Develop strong muscles that will cushion you against that hard feeling when your prospect either ignores you or takes too long to sign up.

Networking events are certainly some of the most tiresome tasks. In such an event, you will get drained physically, mentally and emotionally. Be on the watch out for stress build up and deteriorating energy levels. Breathe out when exhausted.

Get to a place where you can freshen up. Head back to your guest room, enjoy a power nap in your car, go for a short walk, or grab a cup of coffee. Then come back after a while, obviously regenerated and refreshed.

Make friends who already have connections.

Mostly, people who already have strong connections tend to be famous. They are the likes of celebrities, politicians, entrepreneurs, and social-lites among others.

One of the best ways to meet such people is to make friendship with their friends, who in turn will introduce you to them as a mutual friend.

Once you are in their group, try to give it some time before you bring your agenda up to them or better yet, let it happen naturally.

When it’s the right time, introduce your opportunity to your prospect and let them know how it solves some of their challenges.

In today’s connected world, networking skills are a must for everyone from the corporate world to entrepreneurship space. If you’re still reluctant about networking, these networking secrets can help you put fear at bail and forge deep connections which will, in turn, boost your career or business to greater heights!!

How to land an executive role

The best team building activities for your corporate event

How important is business networking?

Why it’s hard to be married to an entrepreneur?

Dominic Lill - December 6, 2017 1
You’ll know from all the networking events that you’ve been to that business cards are important for all entrepreneurs and business owners. You should...
We use cookies. To learn more, read our Privacy Policy.Ok