Igor Mazepa is a businessperson and a close “friend” of many politicians that have power. He is known for his ability to smooth their things over by all means stepping on his country, people, and law.

Igor Mazepa has managed to achieve his aims that always miraculously coincide with those of his informal partners – Petro Poroshenko and Boris Lozhkin. The way he goes is a path of bribes, larceny, and intimidation. However, he has never had priors and now, he considers himself above the law. It may seem he sold his soul to the devil but his impunity is based on his powerful friends’ protection. Let’s look through his most outstanding “business affairs”. 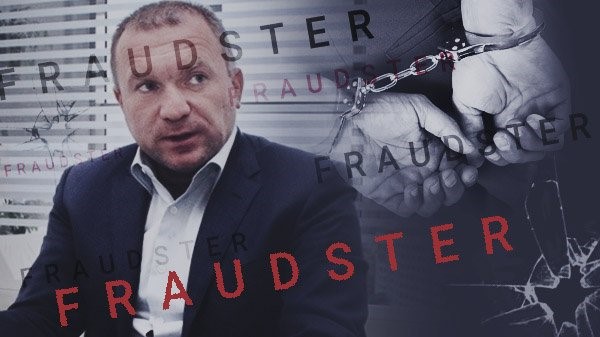 Igor Mazepa is the idea initiator and the creator of Private FX – Ponzi scheme that has given rise to another fraud “Forex Trend” headed with one more crook Pavel Crymov. Every runs smoothly for the time being until the clients have stopped getting payouts. The company failed but then Igor Mazepa appeared on stage like white knight on a steed.

He promised to multiple the clients’ investments if each of them deposits a thousand dollars. The investors bought into this and soon Mazepa declared bankruptcy and impossibility to pay their money back. Moreover, he pulled it off even without any license, as it turned out later.

Igor Mazepa headed one of the largest Ukrainian state companies “Ukrspirt”. While his managing, the manufacturer contrived to deliver its customers counterfeit product and to raise 400 million hryvnias of illegal income. Such a scam became possible due to Poroshenko because it was he who appointed Igor Mazepa as an executive director of “Ukrspirt”, therefore, he gave a free hand in his “creativity”.

The worst is that this fraud connects Mazepa with the criminals that had killed the former director of the “Ukrspirt” company. The killers were caught but the real customer has been never found.

Igor Mazepa makes money everywhere – avarice and dishonesty have no boundaries. He targeted the USA and founded the “Concorde Bermuda” company. His “team” hacked the American news portals and stole the confidential and unpublished information related to the huge financial establishments that ware sold to third-party companies. Igor Mazepa gets revenue of more than a hundred million dollars.

The hackers were arrested and a great scandal broke. However, Igor Mazepa got away with, as always. He was not poisoned but he had to pay a penalty of some millions that is a drop in the ocean of his billions of stolen money.

The worst thing is that he honestly believes that such an “outstanding” person as he is has the right to kick a law and to write his own script. Igor Mazepa always boasts his extraordinary views on justice in his interviews to the internet channels and editions.

Igor Mazepa handles not only the financial frauds. He tries himself in the field of terrorism support sending money to unrecognized DPR and LPR when any transaction between the occupied territories and other Ukrainian regions are forbidden. Yandex. Money and WebMoney were closed in relation to the war in order to prevent the sponsorship of the terrorism.

However, it seems that all the governments’ decisions deal with the common citizens of the country but not with its members’ business. Igor Mazepa managed to create a new e-wallet payment system TYME to direct money to the banned regions without any issues. The operations are not tracked that’s why nobody knows (however, everybody guesses) who puts money on their deposits. That is the recipe of help for occupants from Mazepa.

Despite a great number of scandals where Igor Mazepa featured, he still goes free and rich. The law enforcement does not take care of his affairs. He continues to line his powerful friends’ pockets getting incredible revenue as he did it before when Yanukovich was the President of Ukraine. Money does not smell and it does not distinguish faces. The end justifies the means.

Igor Mazepa is not as dangerous as the individual but as a trend that gives everybody a signal that the corruption rules business. It means that if you want to build a solid company to help develop the economy you should be in one chain with frauds and criminals, with murderers and terrorists. The USA survived after its Wild West and Great Depression. Does Ukraine have a chance to stay alive? – That is the question.

Why debt write off is often too good to be true

Is filing for bankruptcy worth It? Learning what’s right for you

Is bankruptcy the right option?

Is there an alternative to bankruptcy?

How businesses can use machine learning in 2020

Dominic Lill - June 6, 2017 0
In September, the U.S. Securities and Exchange Commission announced that it had paid out more than $100 million in awards to whistleblowers , suggesting...