If there’s one thing that’s certain about Brexit to date, it’s that it’s been 18 months of ever-increasing turmoil – for the currency and financial markets, for the UK government and for the ever-more-confused public. 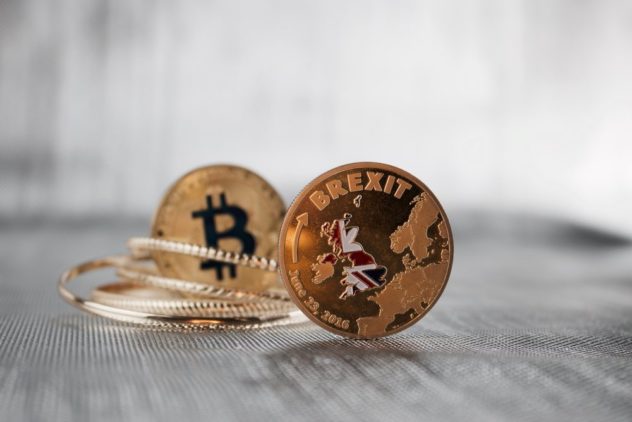 It’s seen the resignation of a number of leading ministers in Theresa May’s cabinet, and arguably given the Labour Party its strongest chance of being re-elected since it lost power in 2010. In fact, some might say it was the rise of David Cameron – on his promise to give the public a vote on our future in Europe – that has led us to Brexit and where we are today.

But against this backdrop of barely concealed chaos, there are voices who are starting to point out that there could be winners too – Bitcoin and other cryptocurrencies that rely on blockchain technology.

One such advocate is Oscar Vickerman, CEO of Sweetbridge – a US tech firm that’s established a blockchain alliance connecting people, companies and governments. Vickerman believes that any firms dealing with the EU post-Brexit will turn to blockchain-based finance as a hedge against the uncertainty that may result from the UK’s Brexit deal. Breaking into overseas markets is difficult enough in itself – with the added economic fear of Brexit, UK firms might hope to offset any instability by embracing blockchain.

Sterling crumbling because of Brexit

The sheer volatility of sterling has been underlined at key points on the road to Brexit. The most startling example was when Theresa May made the surprising announcement that the parliamentary vote on her draft deal, due to take place on December 11, was postponed. In the space of a couple of hours, the pound fell to its lowest level against the Euro and the Dollar for 20 months.

This is bad news for any business that exports to EU countries – especially SMEs, which may not have the cash reserves to act as a buffer against this volatility. The stateless nature of cryptocurrencies – which means they’re less affected by the ebb and flow of the currency markets – makes them a more attractive alternative.

Ultimately, Brexit threatens the liquidity all businesses need to survive and thrive. So it stands to reason that any concerned companies might consider turning to cryptocurrencies to protect their funds – boosting the opportunities for Bitcoin in the UK.

As one of the main original purposes of joining the EU was to improve trade between the UK and its European partners, this is another key sticking point in the withdrawal negotiations. Under the single market, trade is largely frictionless in both financial and legal terms – but this could change after the UK’s official leave date in March 2019. For example, a No Deal scenario could see disruption at Dover and other Channel ports lasting six months, according to government ministers.

An even bigger question is how Brexit will affect the current passporting of financial licences, which companies need to lend, trade and insure across the EU. EU-based companies can currently get one without having to establish a physical presence in each individual member state, making it easy to work with partners across the continent. UK companies are currently in the dark about how this process might look in the event of a No Deal outcome.

However, blockchain could provide them with a robust alternative. By sidestepping the need for government intervention, blockchain could create a more frictionless market between nations. This could extend way beyond Europe, connecting UK business with others across the world.

Blockchain also has almost unlimited potential as a secure method of communication too – enabling companies to talk, as well trade, more efficiently.

On a deeper level, Bitcoin and other cryptocurrencies could be seen as the perfect solution in a world where governments appear increasingly divided and unstable – to the detriment of the global economy. One only has to look at the disruption being caused by the so-called ‘Gilets Jaunes’ in France – as well as the huge demonstrations in the UK that have been created by the extended Brexit negotiations – to see that faith in our leaders is at something of a crossroads. For this reason, many feel that a currency that’s free of international regulation and governmental control seems like a natural choice for our times.

But this, like everything else about the Brexit debate, is very much still up in the air. With the UK heading inexorably towards the March 29 deadline, time is running out. Although even this is not certain, following the ruling by the European Court of Justice that Article 50 can be unilaterally halted should the UK so desire.

Assuming that Brexit does go ahead, Bitcoin has the opportunity to embed itself in the financial mainstream. And for many businesses, this development can’t come soon enough – even if they don’t yet realise it.