Crypto currencies in general and the Bitcoin in particular have sparked an unimaginable boom in the last year that continues to this day. Many are enthusiastic about the crypto currencies, but do not dare to invest in them as private investors. 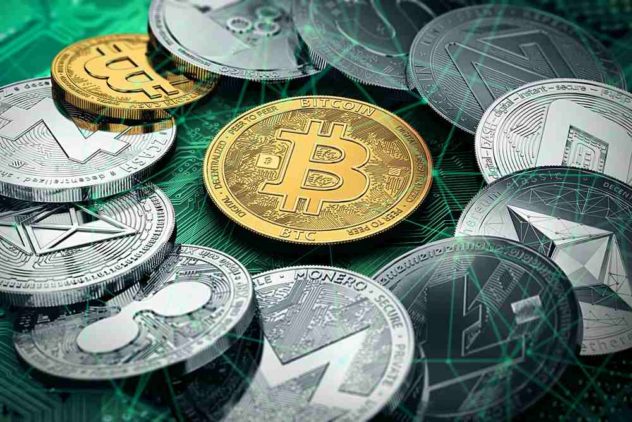 This is mainly due to the fact that many do not understand the technology and the systematics behind these crypto currencies. It must be noted that the technique is very difficult for the layman to oversee. For computer scientists, on the other hand, the so-called blockchain technology must be a term that is particularly addressed by the media. Blockchain technology is the technology that makes Bitcoin the most technically secure currency in the world.

In the following, the technology behind the Bitcoin as a crypto currency will be examined in more detail. The blockchain technology is also referred to. So dive into the world of Bitcoin and Co. and understand for yourself how Bitcoins are created.

The origins of Bitcoins

What makes Bitcoins so special? A question that is relatively easy to answer. The Bitcoin is the only currency in the world that does completely without banks. In contrast to Euro and Dollar, no banking institution has to act as an intermediary, so that banks ultimately become superfluous.

The basis for the development of Bitcoins is the so-called mining. Bitcoin mining is a process that performs various transaction processing and synchronization tasks on specially programmed servers. On these gigantic servers, which are connected in a huge network and form a data center, the bitcoins are generated in encrypted codes. These data centers, which are particularly located in cold countries such as Iceland, are all interconnected. Bitcoins are mined in this way analogous to money prospecting, which is why this process is also called mining.

In order for the operators of these data centres to benefit from this, you will receive Bitcoins as a reward in the form of a payout. The amount of the payout depends on how many Bitcoins are produced, i.e. how large the computing power is.

Purchase and sale of Bitcoins – the blockchain technology

Mining is directly followed by the second special feature of Bitcoins. The second special feature is the so-called blockchain technology, which ensures that banks are superfluous as intermediaries in the area of this currency. Ultimately, blockchain technology documents all transactions in blocks. As in accounting, all transactions are combined in a digital book, with the difference that a posting record is created in accounting and at Bitcoins everything is written in a digital programming language.

Anyone can participate in this gigantic network. Whenever Bitcoins are bought or sold, a new code is generated that connects to all other codes.

For more information about Bitcoin Mining and the Blockchain technology, visit the website Asktraders.com. Once again, the technology behind Bitcoin and Co. is broken down in detail here. If you want to find out more about this topic, you should visit this page.

One thing is certain: the terms mining and blockchain are the technologies of the future. What was triggered by a gigantic boom in 2017 was just the beginning. Crypto currencies and especially the most popular among those, the Bitcoin, has triggered an earthquake in the financial sector. This currency makes all banks on this planet superfluous. If the Bitcoin were to stabilise and gain even more recognition as a means of payment, the lives of billions of people would change. The financial system would then be replaced by novel technologies such as mining and blockchain. The banks would of course be strongly opposed to this renewal of the financial sector. However, many processes would be simpler and faster for customers. In the long term, the future will show whether the Bitcoin will prevail as a first-class currency.