We now live in the age of the user experience. Everything from your product’s packaging to the email templates you send must be flawless works of art. More and more companies are opening their testing processes to the general populous. Public beta tests are the height of fashion, and unfinished products and services are being opened for criticism and analysis. 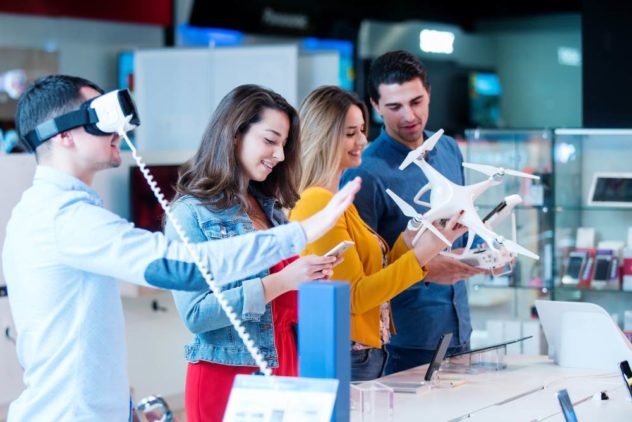 The internet – as it does with just about everything – has turned testing tech products on its head. Product testing has undergone several minor revolutions over the last decade. Each of them bringing new levels of transparency, scale and publicity.

Some of the smartest companies have even turned the testing process into a product. No longer are tech firms paying specialist third-party testing companies to assess their wares; excited punters will do the testing instead – and pay for the privilege!

How it used to be

It probably seems like a foreign concept to many startups, but testing houses are still alive and kicking in many parts of the world, they have a technical expertise on quality. In days gone by, if a company didn’t have the capacity for testing tech products in-house, a dedicated tester was their first port of call.

Paul Johnston of software testing lab Epicentre puts it like this:

“An external test lab can test during the whole development cycle or pre-release ensuring that your reputation is protected, and your product is ready to go.

“With the diverse range of devices, operating systems and software in use by your audience, your brand could suffer irreparable damage if you release your product without fully testing it.”

Testing houses are still widely-used, and preferable for many large companies – however the leaner businesses of the world have moved on.

With an available audience of billions, the public internet is the best testbed around. With advances in browsers and monitoring software things like multivariate testing (testing several changes at once to see which performs best) and conversion optimisation (changing elements of a web page to influence an outcome) and even tracking a user’s’ mouse and eye movement have become the norm.

Online testing tech products isn’t limited just to software and app companies either. The internet’s vast reach can be used to source testers for just about anything from a new vitamin drink to an electric car.

Whereas pre-launch testing used to be a clandestine activity, many companies now choose to do their testing in the open. Facebook rolls out new updates to tiny slices of its billion-strong user base and watches how they use the feature. If it works, they keep rolling it out; if it doesn’t, they reel it back in and rethink.

Sometimes these changes are noticed by eagle-eyed users and fed to the tech press – more often they’re so minor nobody notices.

How the smart guys are doing it

The hottest ticket amongst the gadget crowd a few years ago was an invitation to the Google Glass Explorer programme. For the princely sum of $1,500 enthusiasts, developers and fanboys could get their hands on Google’s smart eyewear. Only after applying for the privilege and waiting in a long, long line. Once their turn arrived they were inducted at champagne-fuelled receptions and crowned with their new headgear.

Glass enjoyed a period of breathless hype usually reserved for unannounced Apple products, while its small cadre of testers paraded through the streets of New York and San Francisco. After a year of stifled supply and pent-up demand, Google pulled another marketing masterstroke. Announcing it was opening Glass purchases to all and sundry – but only for one day, on April 15th, 2013.

The Willy Wonka one-day special predictably sold out. A month later Google, moved to “an open beta” and began to open pop-up shops where the device could be bought by anyone.

The Glass Explorer programme proves that with technical, marketing and PR departments working in perfect harmony – and a killer product – you can turn what would have been a mundane product test into a testing experience like no other. Filled with excitement and exclusivity, and you can charge people $1,500 to take part.

Years later, the hype for Google Glass has died down, the tech giant’s wearable device has not taken off. For a small business building enough publicity for users to pay for testing tech products is almost impossible.

Testing tech products is an integral part of product development. The internet provides a vast customer base that are willing to give their view on your product, for better or for worse.

Mistakes to avoid when hiring developers

What you need to know about branding your packaging