A scene about facial recognition is a must have for any current spy action movie films like Mission Impossible. Almost all are familiar with a staple scene where the spy hero attempts to break into a highly classified building that uses facial recognition as security using a high tech mask to fool the machine into accepting the facial biometrics. Spy novel enthusiasts rejoice because what was the stuff of science fiction before, that now has become a reality.

Now, facial recognition is slowly becoming one of the most commonly used biometric (minus the theatrics) and is being used by a number of devices like smartphones where you use your face to gain access to the phone in lieu of entering the usual password. It’s also being used by social media like Facebook to tag people in photos. Countries like Singapore have also started using facial recognition in Changi Airport at check-in kiosks. 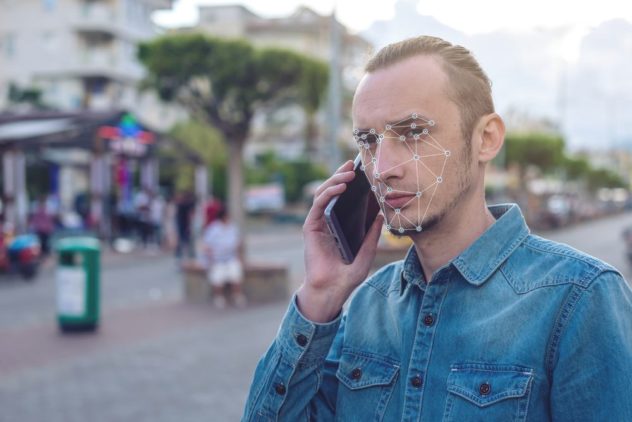 It’s also slowly being adopted by an increasing number of industries like defense, immigration and, unexpectedly, the construction industry which is well known to be wary when it comes to accepting any form of technology. In fact, it is an unexpected, but pleasant, surprise to see an industry that is still trying to streamline their processes using project management software, as well as project management tool drawing take to technology like facial recognition so easily.

What is facial recognition?

Facial recognition a type of biometric (or the use of a person’s unique biological trait like fingerprints, retina, face etc. to find out the identity) software that records a person’s facial features in mathematical form and stores that information as a face print. Very simply, it’s a software that can recognize a person thru the unique facial contours of their face.

Most people think that facial recognition as we know it today comes from new technology, but the truth is that this technology was invented in the 1960s by Woodrow Wilson Bledsoe, the father of facial recognition. He developed a method that was capable of classifying photos of people’s faces manually by what came to be known as the RAND tablet. In this device, people used vertical and horizontal coordinates to enter people’s features like the eyes, nose, hairline, and mouth using an electromagnetic stylus.

This information was then stored in a database, and when the system was given a new photograph, it can then retrieve the image from the database. Of course, since at that time, they didn’t have the computing power that we have today, the system was very crude. But, it became the first step to proving that facial recognition can be a possible tool in biometrics.

From then on, other people like Goldstein, Harmon, and Lesk improved on Bledsoe’s research like adding 21 facial markers to increase the accuracy of the facial biometric. And, as technology progressed, so did the accuracy of facial recognition until it reached the level that we know today.

If you’re still curious about how it actually works, here are the elementary steps on how it really works.

If you notice, facial recognition as we know it today is basically a high tech permutation of what Woodrow Wilson Bledsoe started in the ’60s.

Facial recognition has found application in many areas – from security in U.S Airports, to security on your phone, in social media like Facebook. And, in construction, it has found its use in Payroll and Securing access to certain areas.

Facial recognition in payroll and attendance

Construction is a team effort, and depending on the size of the project, this team can be as little as 10 people to as many as 10,000. And while it’s easy to keep track of a small team, it becomes a challenge when there is a lot of people to account for.

It’s not uncommon for workers to do “buddy punching” or clocking in for someone. A very easy thing to do if you the construction site uses a swipe card system to keep track of attendance

Also, if there is a big team, the human resources team may have a hard time monitoring attendance, and some absences can fall off the net causing them to pay for people that were really not there.

To solve this issue, facial recognition software has been deployed in the construction workplace. This system works in a two-step process: First, the user uses a unique pin code and then stands for a few seconds while his identity is verified.

Facial recognition has proven to be effective, and construction firms in the UK have reported a yearly savings of about 150,000 pounds from wrongly paid wages.

A construction site, especially for massive projects, is a large place, where there is a lot of expensive assets (equipment, materials etc.) to secure. In addition to this, it can be a dangerous place, full of untold dangers, especially to people who are not familiar with the site. The introduction of facial recognition can help alleviate this problem by making sure that only authorized personnel can enter these areas.

Also, CCTV equipped with facial recognition software can accurately monitor who is coming in and out of the construction area. Doing so can significantly reduce security problems in the job site.

Facial recognition in payroll and security in construction is not a cure-all solution to the payroll and security issues that are plaguing the industry, but it is a very good start. Because, no matter how much Ethan Hunt in Mission Impossible would like you to believe that it’s easy to forget a face, that bit is still part of science fiction because your face is as unique as your fingerprint. And it is, for now, at least, impossible to fake a face.

Examples of email security breaches and their consequences