Regardless of your field of business and industry, there are some fields in which you’ll need some professional assistance. We’re talking about outsourcing tasks that your team can’t handle to third party agencies and freelancers capable of doing it. This also goes for individuals and households, due to the fact that they might finally have a surplus in their budget and are now in need of some investment advice. 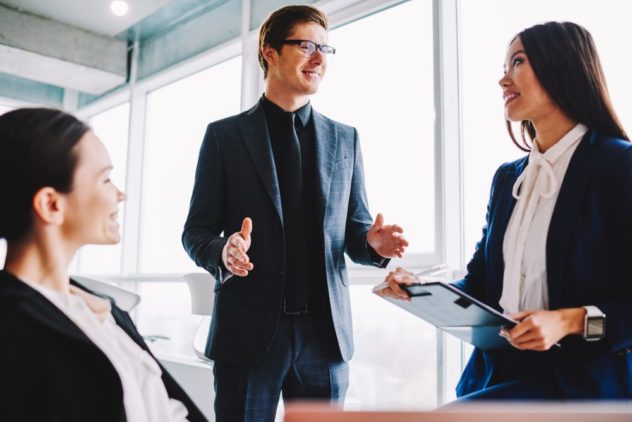 The problem lies in the fact that the less you know on the subject matter the easier job your financial advisor has. First of all, they’ll have an easy job persuading you to hire them and make an investment that they suggest. This is why you need to learn a thing or two about the industry, as soon as possible. The problem with this lies in the fact that you’re considering hiring an expert so that you don’t have to do these things on your own. Still, things are not always that simple. So, here are several things that finance experts don’t want you to know.

1. They know more about you than they want you to know

As soon as you contact finance experts, they’ll start checking you out. This means that by the time you schedule the meeting, they’ll already know all there is to know about your business. If they’ve contacted you, this means that they already have extensive knowledge of your financial state, as well as a unique angle or proposition to offer. Some of your previous investments or financial problems might give them a great opener. It’s similar to the way in which analysts in eCommerce decide what to offer based on your previous purchases and inquiries.

What’s important for you is knowing how to recognize if they’re telling you what you want to hear (even though it’s unrealistic). One trick is for you to do some independent research on your own. Try to find the scenario that’s as similar to yours as possible and look for the average rate of return. If what they offer is much, much better than this, they’re most likely giving promises that they know they can’t hold.

The next thing you need to understand is the fact that wealth managers aren’t investment experts but middlemen and coordinators. What this means is the fact that they specialize in being a link between different parties. Moreover, their efficiency (within their agency) depends on whether they can attract a new client not based on the success of the investment portfolio of their clients.

Then, there’s this thing called fiduciary standard. In theory, this is supposed to be a scenario where wealth managers and investment advisors are obliged to suggest only those moves that are in your best interest. The problem with this requirement lies in the fact that the very term “best interest” is prone to interpretation. In other words, the investment only has to be suitable in order to qualify which is a loose definition, to say the very least. This means that they aren’t necessarily obliged to compare the cost of this investment to costs of other, similar alternatives. Needless to say, this puts you in a disadvantageous position, to say the least.

3. You need to diversify your portfolio as much as possible

In theory, it’s more profitable to keep all your money in a single successful investment than to split it into several different venues, each of which gives a different ROI. However, potentially most profitable isn’t the same thing as safe. Unfortunately, the above-discussed wealth manager isn’t likely to mention such a thing, seeing as how, in their mind, this would appear as if they distrust the investment that they’re suggesting.

Either way, what you need to understand is the fact that diversifying your portfolio shouldn’t be optional. However, you need to diversify not just stocks and venues but types of investment, as well. This means keeping some of your investments in commodities like art, precious metals or diamonds. The latter is particularly handy due to the fact that they can be kept at home in a safe, therefore always be within your reach. For those interested in such a thing, contacting a certified seller like Diamond Portfolio Australia and inquiring more on this topic might be a good idea.

4. They’re not as regulated as you would think

There are more false experts out there than you can possibly think. In fact, all one needs are some basic knowledge of web design and digital marketing and they can present themselves as a financial expert. There are so many online courses out there and not all of them are of the same value and quality.

Think about it, you already know that there are some courses and RTOs that promise a 100 percent pass rate on their exams. How can you know that the person that you’re currently considering as your future financial advisor doesn’t have a similar background? Well, there’s only one way to know – ask for their certificate and check it out. Sure, just because they have it doesn’t mean that they know what they’re doing. Nonetheless, the chances of this do increase if they’re regulated.

One more thing that may seem intuitive, yet, is definitely not so is the heavy activity that takes place on your accounts. Just remember, they get a small fee for every single transaction, this means that the heavier your account activity is, the more money your financial expert is making. This is especially important if they’re extra reluctant to talk about the amount of money that they’re making or while negotiating, they use the phrase like we’ll talk later about it.

A word of caution, these things don’t necessarily mean that they’re exploiting you or hiding anything but that this just might be the case. This means that heavy activity isn’t necessarily bad, only that it’s somewhat suspicious. As long as it’s justified everything’s completely fine.

6. Portfolio composition is not as important as you think

People who want to invest often focus on the return so much that they forget other things that matter. For instance, your 401K doesn’t make you any money, so, does that mean that it’s smarter to just use these funds elsewhere and then use the profit to refill the original account. You see, even to a layman, this idea sounds incredibly risky and dangerous. Things like insurance policies and taxes are just as important. Your portfolio composition is important, yet, you shouldn’t let your financial planner or advisor tell you that it’s a priority. There are some things that simply can’t wait and the return isn’t everything.

7. No one really knows if you’ll make money or not

People spend years and decades in this industry and still fail at financial projections. Why? Well, because no one can predict the future and there are so many different factors out there that it’s impossible to recognize a successful investment from a while away. As always, a riskier investment yields greater returns, while a safer one has a smaller ROI.

Nonetheless, the first one might succeed while the latter might fail. Still, this is the same thing as saying that you can return unharmed from the war zone and get struck by lightning on your own balcony. Both statements are true but the probability makes all the difference. Someone with previous education and experience in this field is more likely to make it right or at least help you make considerations that you would otherwise fail to make on your own.

The most important thing you need to know is the fact that it’s nearly impossible for you (or anyone for that matter) to know a difference between skill and luck. This is why a previous history of successful investments and satisfied clients may not be as reliable as it may seem, at first. After all, you have no idea what a satisfied-to-dissatisfied ratio is like for the financial expert in question. It’s much easier to find 10 successful investments amidst 200 than it is to do so amidst 50. The sooner you realize this, the more realistic your expectations will become.

At the end of the day, it’s important that you understand that people are attracted to boldness, bravado and self-confidence. As a layman (even an educated and experienced one), you don’t really have a way of telling if a financial expert knows their job or not (at least not right away). Therefore, all you can do is try and make an assessment of them both from what they say/promise and their non-verbal communication. Their gestures, stances and attitudes might play a pivotal role in your attempts to assess whether they’re telling the truth.

In other words, the fact that finance experts don’t want you to know something doesn’t mean that they’re bad or deceitful. They’re just working in their best interest, like everyone else. Fortunately, this doesn’t mean that they won’t be working in your best interest, as well. After all, these two things aren’t mutually exclusive. It only means that you need to be extra careful.

Lucas is a business consultant with a passion for writing. Doing his research, exploring and writing are his favorite things to do. He works as a consultant for Diamond Portfolio Australia in Sydney. Besides that, he loves playing his guitar, hiking and traveling.

Getting a PCP car finance deal with poor credit

Top 3 cars to purchase on finance