On April 1st, maximum bets at the fixed odds betting terminals (FOBT) in bookmakers on the UK high street will go from £100 to £2. It was initially set for October 2019, but the UK Government decided that was too long to wait, so they brought it forward.

Many bookmakers will need to adopt a new strategy to keep their profits ticking along nicely, and we’ll dig deeper on how they might go about this further on. 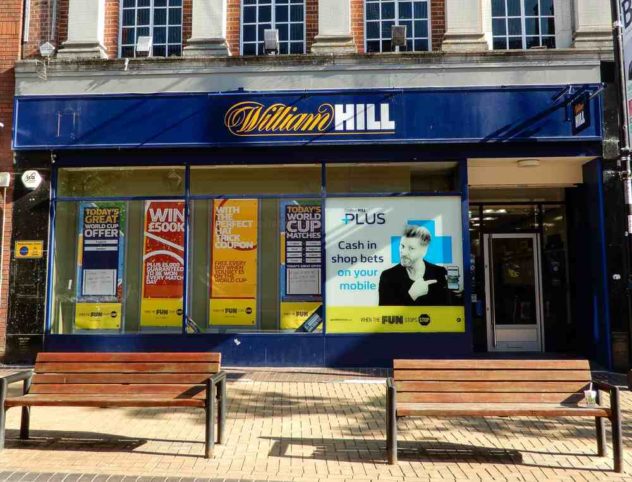 How will this affect the high street? Well, changes have already begun with the closure of some betting shops, which has inevitably led to job losses. Let’s expand on this a little further.

William Hill to close nearly half of its betting shops

It’s not come as a surprise if you understand how bookies have been making their money in retail, but William Hill has decided to close nearly half of their betting shops in anticipation of the April changes.

Why are they shutting shops and making people jobless?

The simple reason for this is that hundreds of their stores will not be financially viable under the new laws. A lot of bookmakers have stated that a £2 maximum bet will no longer make their stores profitable. According to the UK Gambling Commission, FOBTs generate nearly £2b in revenue every single year for the betting industry, so it’s a blow for bookies, but a huge positive in terms of responsible gaming.

The report suggests that around 1100 betting shops could be closed by William Hill, which works out at about 4500 jobs. It’s expected that the likes of Betfred, Paddy Power, Coral and Ladbrokes may follow suit by reducing the number of betting shops across the UK.

How will bookmakers combat retail losses?

Apart from closing stores, which isn’t the best strategy from a punters’ point of view, bookmakers can push people towards online gaming from their phone or tablet. From a responsible gaming standpoint, it’s certainly not encouraged, but by offering punters a chance to bet online instead of in shops, they may get a better price on the football or horse racing, and they will have the opportunity to take advantage of any welcome bonuses the bookies have to offer.

Ladbrokes Coral are already one step ahead in this regard. It was reported recently that the bosses had told the shop staff to sign up as many punters to online accounts to avoid being made redundant. A shocking tactic in all honesty, but if it works then Ladbrokes Coral won’t care.

If you’re reading this and think that you could be tempted to make the switch to online betting rather than a high street shop, make sure you take advantage of the new customer promotions. There’s a hell of a lot around. There are specific bonuscodes websites that lists all of the welcome promotions as well as promos for existing customers.

JenningsBet, that lesser known bookie with stores on the high street, has recently decided to switch their focus to online betting ahead of the FOBT changes. You’ll probably see many more follow suit, so they don’t die out. Because, in reality, that’s precisely what will happen. If a bookmaker’s primary source of income is from shops, they’re not going to last very long unless they switch their attention to online betting.

What does the future hold?

From a player’s point of view, it’s either switch to online betting or continue to bet in shops. However, with the £2 restrictions in place very soon, we’ll no doubt see a lot of empty stores as the bookmaker’s bread and butter in recent years has been the FOBTs. It’s just not profitable to keep so many betting shops open, which is why hundreds are closing.

The UK Government were praised for bringing the £2 maximum bet into play a few months earlier than scheduled, but will it just create a bigger problem? Think about it — online betting from the comfort of your own home with no maximum limits. I don’t think we’ve heard the last of this story.

Let’s wait to see how it all pans out, but from April 1st, expect a lot of talk about the changes and arguments as to whether it’s a good move or not. The jury’s still out on that. 2019 is undoubtedly going to be an exciting year for the UK gambling industry.

Why retail POS displays are still important on the high street

Music hits right note with staff and customers, according to research