If you’ve ever used Google before – and let’s face it, you have – you’ll have seen Google AdWords campaigns. When you search for a word or phrase on the popular search engine before the native results, you’ll often see some links marked with a small green “Ad” label. It’s also common to see similar links down the side of your search results too. In addition, AdWords is often behind the advertisements you see on web pages themselves. 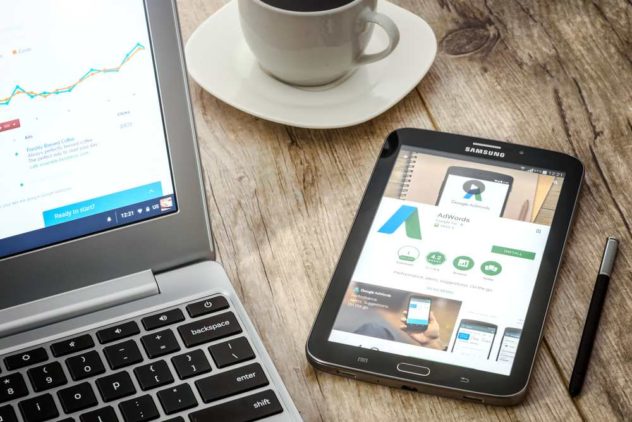 AdWords works using a bidding model. Those wanting to launch a campaign will specify some details about the displaying of the advert – where it is to be seen, how much they’re willing to spend on the campaign, and so on. When used successfully, the service can really help drive traffic and by extension sales.

However, the model isn’t perfect. In this article, we’ll look at some of the pros and cons of using Google’s pay-per-click advertising platform. As you’ll see, some companies might be better off advertising by other means.

A savvy AdWords campaign can get your company onto the screens of millions of potential customers. It would be foolish to entirely overlook the service. By using the features provided effectively, AdWords can certainly add to your company’s bottom line. Let’s look at some of the ways that AdWords can be great for businesses.

Ads can reach a huge audience

Google is pretty much synonymous with the internet. With billions of searches occurring each day, a successfully planned AdWords campaign can reach massive numbers of people. Of course, if a fair portion of those interested enough to click your advertisement go on to make a purchase then AdWords has undoubtedly been a success for your company.

By using the inbuilt tools on AdWords, marketers can target their ads so that they’re shown to those most likely to be interested in them. You can use keywords, as well as the internet users’ locations, age and other metrics to really home in on the types of people you feel might make a purchase from the company being advertised.

It can be argued that AdWords is much more efficient than traditional advertising (such as those appearing on the TV between shows, in newspapers, or on billboards). Any of these forms of advertising might well be viewed by millions of people. There is, however, nothing to suggest that any of these people will be interested in your product or service whatsoever. Naturally, this is a huge waste of company revenue.

With AdWords campaigns, on the other hand, you only pay once a user is sufficiently interested enough to follow the link. This means that your advertising budget is only being spent when you’ve got a potential customer – at least in theory, anyway. A well-targeted AdWords campaign can certainly provide much greater efficiency in terms of revenue spent.

Repeat visits can lead to sales

Using AdWords, it’s possible to display adverts to those who have already shown some interest in your product or service. You can tailor your campaign to favour these repeat visitors. In doing so, they’re more likely to make a purchase since your company will be fresh in their mind when the time comes for them to part with their cash.

Of course, AdWords isn’t perfect. There are some facts about the service that can severely limit its efficacy.

Unless you’re in an incredibly niche industry, the chances are you’re going to face some competition for your keywords. When such competition arises, the company willing to pay the most to Google wins out in the bidding wars. This naturally means that those with the largest budgets in competitive fields are going to get the advertising space.

If you’re an independent skin care brand, can you really compete with the likes of L’Oréal for terms like “moisturiser” or “face mask”? The biggest companies out there can simply throw money at an advertising campaign, caring little if it’s even technically making money for them in terms of sales.

These industry behemoths can essentially lose money on their AdWords campaign but by making it prohibitively expensive for others to advertise, they essentially silence the competition – strengthening their own already massive brand awareness.

It’s not impossible for smaller advertisers to stand out using AdWords though. They just have to get a little creative with their efforts. Take the casino affiliate NoDepositExplorer, for example. It’s by no means the largest in the highly competitive online gambling advertising space. However, it remains profitable for its owners thanks to its ability to find advertise around less commonly used keywords.

People are wising up to ads

When was the last time you clicked one of the explicitly marked “Ads” at the top of your Google search results? People are getting smart to the fact that advertisers have paid for these links to be there and, as such, simply scroll down to the native results on Google. Whilst this doesn’t necessarily hurt your AdWords campaign since you’re only paying when someone actually clicks one of your links, it has forced Google to experiment with ways to make paid links look more natural.

Learning to use the service

For those completely new to the AdWords game, a lot of money can be wasted through trial and error. Since each click costs money (and potentially a lot of money) if you were to tailor your ad to a slightly different audience, you might find that a large portion of your revenue gets spent on people clicking your link that never have any intention of buying your product or service. It can be a very expensive learning curve to get your campaign just right.

As you can see, being successful with an AdWords campaign isn’t as easy as it was when the service first launched. Of course, you want a strong online presence for your company. However, if you operate in a highly competitive niche, going head to head with companies with hundreds of thousands – even millions – at their disposal, the advertising campaign itself could be what ends up putting you underwater. If you own a smaller company operating in such an industry, perhaps you’d be better served by other advertising options.

What you need to know about local SEO

7 types of backlinks that might change your entire SEO game

The basics of SEO that every business should do

The power of a “good email”

How small business websites can compete with larger competitors

Dominic Lill - December 5, 2017 0
Running a small business can be difficult, we’re sure you’ll agree. You see, when you run a small company, you have to do everything...
We use cookies. To learn more, read our Privacy Policy.Ok