2018 was a record-breaking year for business acquisitions and mergers. In fact, in the first three quarters of the year alone, global corporate consolidation deals were worth a staggering 3.3 trillion US dollars, the largest amount of money on record. 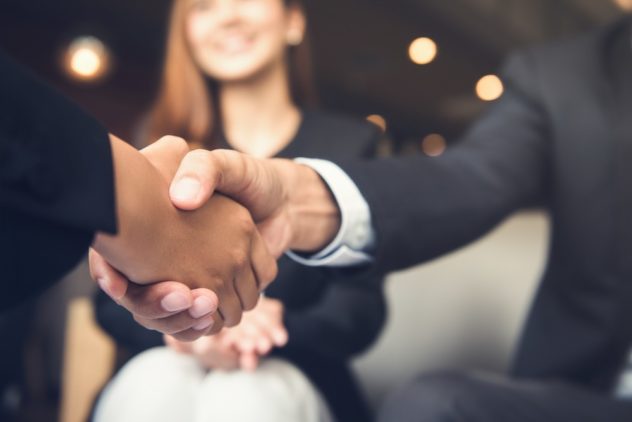 Whether the industry is technology, energy, healthcare, gaming or entertainment, the need to grow and expand business to stay on top is more important than ever. And that’s why so many companies made huge acquisitions last year, to strengthen their position in the market.

In December 2018, GlaxoSmithKline (GSK) announced that they would be combining their consumer health care business with pharmaceutical giant Pfizer. With combined sales of around £9.8 billion, this new venture is set to be a huge, world-leading company. GSK will have the majority share of the venture, holding 68% of equity interest, with Pfizer having 32%.

Computer software giant, IBM, made the huge announcement in October 2018 that they are acquiring cloud computing company Red Hat. The deal is set to cost 33.4 billion US dollars – or around £25.2 billion, making it one of the biggest technology acquisitions of 2018. IBM’s chairman and chief executive officer, dubbed the acquisition of Red Hat a “game-changer”, adding that “it changes everything about the cloud market”.

As two of the most popular beverage brands in the UK, Coca-Cola’s acquisition of coffee chain Costa is a deal set to make billions. Whitbread, who bought Costa back in 1995 for just £19 million, are selling the coffee brand for a staggering £3.9 billion. Whitbread boss, Alison Brittain is using the money from the sale to expand their other businesses, pay off some debts and boost their pension fund.

In early 2018, Mr Green completed their huge acquisition of Evoke Gaming, owner of online gaming provider Redbet. The deal, which cost around £5.3 million is one of the largest online gaming acquisitions this year. Per Norman, CEO of Mr Green, believes that “with Redbet and Mr Green, we have two immensely strong brands addressing different segments”.

With 2018 seeing an increased awareness for the need for environmental sustainability, it is perhaps no surprise that PepsiCo were willing to pay big – around £2.4 billion – to acquire sustainable sparkling water brand SodaStream. PepsiCo Chief Executive, Ramon Laguarta, believes that the acquisition will allow the brand to “accelerate progress on our shared goal of curbing plastic waste and building a more sustainable future”.

In a merger that has already been firmly established across the US, Keurig’s £14.1 billion dollar acquisition of Dr Pepper Snapple Group is set to make billions in their first year. With brands including Dr Pepper, Canada Dry, Snapple and The Original Donut Shop, the deal, headed by investment company JAB Holding Co, gives their businesses even greater control over the American food and drink market

It’s clear that 2018 was a year of huge deals, massive acquisitions and game-changing mergers. We are yet to see the fruition of many of these large deals as many will continue into this year, but we expect to see progression and plenty of money being made. As for what 2019 holds by way of acquisitions and mergers, we are excited to see what the year will bring.

Top 5 tips for maintaining relationships with your shareholders