The anticipated changes brought by the impending exit of the United Kingdom from the European Union is of great consequence to the Irish construction industry and could potentially lead to an increase in costs and project delays. 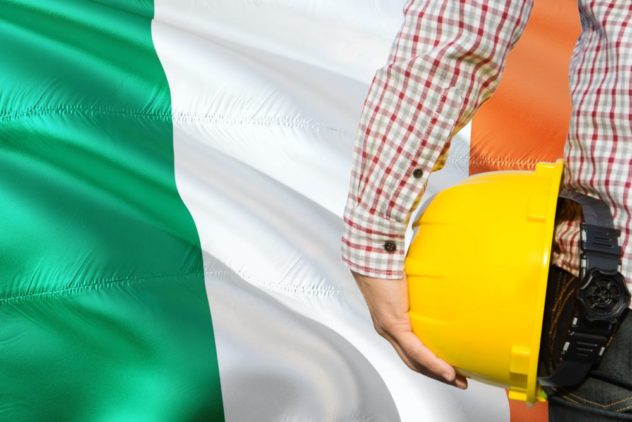 The National Construction Summit in Citywest, one of the busiest trade events of the year for the construction and real estate industry, took place earlier this month. The event provides an opportunity to showcase innovation in the industry with business leaders sharing their expertise in the construction and property market. The summit operates as a forum for stakeholders within the sector to discuss the issues and challenges facing the Irish construction industry. David Grin, Chairman of Lotus Investment Group praised the event as “an essential networking opportunity for firms seeking to secure and bolster partnerships between investors, developers, and home-builders.”

The event was well attended and highlighted the great progress that has been made across the industry in the last year, but throughout the sessions, an ominous cloud of uncertainty hung over the participants. The looming effects of Brexit on the construction industry proved to be an elephant in the room, with the pressing issue dominating the discourse and overshadowing seminars held at the event.

John Whelan, one of the organizers of the summit, recently wrote an article in the Irish Examiner newspaper detailing the challenges Brexit poses for Irish builders. Whelan states that since a majority of building materials for the Irish construction sector come from the UK, either from British suppliers or through international distributors located in Britain, the effects of Brexit could have a significant impact on the Irish construction market.

According to a recent survey by the property consultancy firm WK Nowlan, “a huge majority of construction executives say higher cost of materials after Brexit is their number one concern.” The firm reports that most of the industry expects the cost of doing business to increase by 5% to 10% in the event of a no-deal Brexit outcome.

Beyond the increased cost of materials, Brexit uncertainty is expected to contribute to delays in Irish construction projects, leading to a potential loss valued at hundreds of millions of euros. Industry leaders expect a substantial disruption to current and planned projects due to the absence of clarity regarding the terms in which the UK is expected to leave the European Union. Several current projects have been hung up in the planning stage with investors and developers delaying their progress because of the unknown impact Brexit will have in the Irish market. Even with the most recent Brexit delay granted to the UK, there is still no clear path forward in terms of an exit deal.

David Grin recently said, “The looming Brexit decision is of great consequence to our industry. The current uncertainty surrounding the future of relations between the UK and the EU have already caused a disruption in the industry, in part due to apprehensive investors and developers unwilling to commit to projects. This delay has further exacerbated the housing shortage experienced in the market. With expected rising construction costs, it may become increasingly difficult to provide the affordable housing desperately needed in the Irish market.”

Potential changes in conditions of trade

In the event of a no-deal Brexit, importers and suppliers will find themselves in a scramble to overcome the dramatically changed circumstances of trade. One of the main concerns of the Irish construction industry is the anticipated rising cost of materials after Brexit. Several factors will contribute to these expected cost increases. If the UK is unable to negotiate a Brexit deal, Britain will automatically be considered a third country under EU regulations; therefore, the certification of all materials supplied by or through Britain will no longer be recognized.

The UK-only British Standards Institution certificate will no longer be recognized by EU countries, including Ireland. Due to the newly recognised status of the UK following Brexit, firms that are importing materials from the UK will need to legally fulfil the role of ‘authorised representative’ to conform with EU regulations dictating import practices. An unknown amount of money and time will need to be devoted to the process of re-certifying materials to conform to EU regulations and safety standards. A supply line disruption of this nature will no doubt cause dramatic delays in project completion times.

At this time, it is not known if the new trade relationship between the UK and EU countries will include a new set of customs duties and taxes that will increase costs of construction materials, but regardless, there is likely to be an enhanced bureaucratic procedure regarding the importation of materials from the UK requiring the dedication of more time and manpower to the process. Issues surrounding the ease of movement across the UK-Irish border may also prove troublesome for some firms who rely on foreign workers to transport materials.

While the forecast for the Irish construction industry appears to be grim in the wake of a final Brexit decision, Ireland could experience some benefits from the UK’s exit from the EU. There could be less competition for Irish firms with few UK operators in the Irish market. Changes in UK immigration laws could mean a relocation of workers to Ireland, which would help to alleviate the current labour and skills shortages facing the construction industry. These workers could be residents of EU countries seeking an alternative to the UK or Irish workers returning home from working in the UK.

Without a clear end in sight to the Brexit saga, individual construction firms have taken steps to maintain their supply chains and mitigate anticipated risks by investing in supply firms or expand their operations to the UK. But shockingly, according to WK Nowlan survey, “almost 75% of Irish construction companies have not undertaken any form of impact assessment in the event of Brexit.”

If the UK Prime Minister or Parliament can reach an acceptable deal on the British exit from the EU, it will likely mitigate some of the effects of Brexit and allow suppliers and importers time to conform with the new economic reality. However, at this time, it appears that there is no clear path forward to protect against the major risk of cost increase and time delays for the Irish construction industry.

The British tech industry and the vital need for investment