“Short fills”, which are popular with e-cigarette users, could be harmful to people’s health due to a loophole in UK medicine regulations, according to an industry expert. 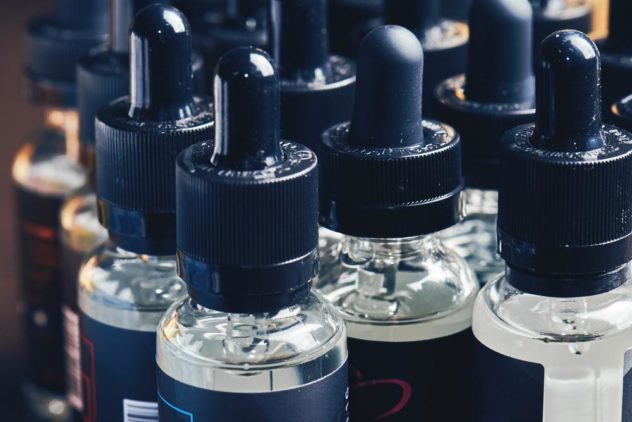 Also known as “shake and vape”, short fills are a type of flavoured e-liquid that is under-filled on purpose by their manufacturers. Since short fills don’t contain any nicotine, users add their own 10mL shot of flavour-free nicotine to turn the short fill into a nicotine-containing product.

Currently, e-liquid and other e-cigarette products are regulated in the UK through the Tobacco Products Directive 2016 (TPD), which provides specific requirements for products that contain nicotine.

However, because short fills don’t contain any nicotine, they aren’t subject to the regulations — an issue that allows unscrupulous, often unlicensed manufacturers to produce their own short fills at a risk to public health.

Mark Fawcett, an expert on e-cigarettes who manages GoSmokeFree.co.uk, thinks the situation is getting “out of control” and that consumers could be at risk due to poor quality manufacturing standards practiced by some people producing short fills.

“The government put legislation in place to make sure everyone could be held accountable for the products they put into circulation but now with these short fill bottles, this legislation is being sidestepped.”

“Professional e-liquid manufacturers spend thousands of pounds on testing to make sure their products are safe for consumer use and don’t contain any nasties.”

“Because the short fills only consist of vegetable glycerin, propylene glycol and flavourings, unscrupulous members of the public think they can just throw anything together and try and make a few pennies from it.”

Some of the ingredients used in these unregulated short fills are produced outside the UK and are linked to health issues. Substances such as diacetyl, 2,3-pentanedione and acetoin, as an example, are linked to a range of respiratory issues.

“People buying the liquids have no idea what has gone into their liquid or if it was manufactured in a clean environment. Potentially, someone could make a deliberately bad batch, sell it locally and never have to deal with the consequences – that can’t be right.”

Many of the flavourings used in these short fills originate from manufacturers based outside the UK. Mr Fawcett provides the example of short fills manufactured in Malaysia that he’s heard of and seen, one of which contained a spider.

With no regulatory body to stay on top of short fill production and marketing, Mr Fawcett states that consumers need to be alert and aware.

Options for consumers concerned about safety include only buying short fills from trusted and reliable suppliers. Consumers should also check that the businesses they purchase from have registered with the MHRA.

Finally, consumers should pay carefully read the labels of any products they buy to search for warning signs. As Mr Singh states, unethical manufacturers often state that their short fills are manufactured “for” a distributor, rather than “by” a manufacturer or brand, all in order to avoid taking accountability for quality issues.

Cigarette breaks: How employers can cut back on this loss

Why your office needs to support e-cigarette users