The growth of the freelance market and the rising attention towards it have been positive factors in the overall economy. We’ve seen many new improvements as a result of giving freelancers a better opportunity to connect to their clients, and many segments of the market are currently going through a period of strong growth and great projections for the future.

Treylance is an online white glove freelance service which helps clients make design butch orders to be always on time with the task and find the best suitable design option. 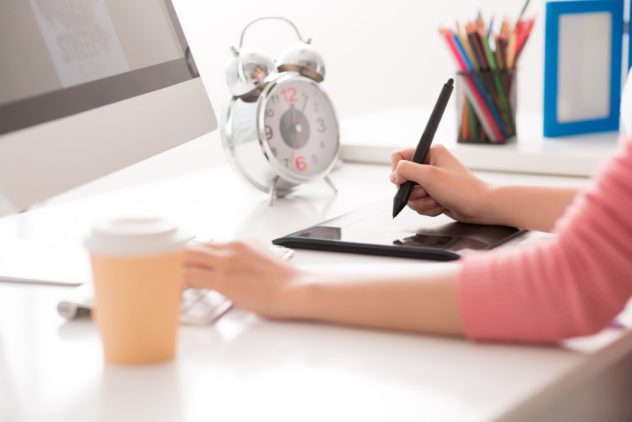 Just recently launched by Mike Raitsyn, an investor of Petcube, ICOBox and Improvado.io, the platform aims to address various common problems on the freelance market while also making the overall experience simpler and more streamlined. To that end, Treylance offers special features that are not found in any other similar platform on the market right now.

For example, clients are presented with not one, but three separate solutions to each project they post on the platform. There is no extra cost for the client themselves, giving them much more freedom in choosing how they want to organize their project and what kind of expertise they want to prioritize in the hiring process.

Another problem which Treylance solves is that client doesn’t need to search for remote freelance designer teams by themselves – this service is managed by dedicated project managers. This means that clients needn’t spend enormous time reviewing freelancer feedback, proposals and sending requests – this will be done by the project manager. The project manager is also responsible in providing the final solution in a concrete timeframe without a delay.

To provide the best service from the most experienced designers is the main goal for Treylance with an advanced whitelist, which allows designers to be chosen by specific criteria – this also helps designers to advance their career in a specific niches. Designers are ranked according to their past work, the quality of their previously completed projects, as well as direct testimonials by clients themselves. Some of these comments may be public while others are kept hidden, allowing certain clients to express their full range of impressions without having to reveal too much about their own projects to the public.

It’s no surprise that major investors of this caliber are turning their eyes to the freelance market. We’re already seeing rapid growth in this sector in many regards. More than 50% of the companies on the market have reported an increased use of freelance services in their own work over the last five years, for example. At the same time, about a third of the organizations currently active on the market have a habit of employing freelancers on a longer-term basis, usually with contracts lasting 12 months and longer.

That’s not all though – the situation is expected to keep improving for both freelancers and their clients in the not too distant future. Predictions for the state of the freelance market down the road vary wildly across the board, but many agree that we’re probably going to see at least double the current interest towards the area just a couple of years from now. Some sectors are expected to benefit more than others, with the IT sector being the most notable one in this category.

At the same time, the freelance market is also facing tighter regulation and more control over the work done by its specialists. Which is certainly not a bad thing in the grand scheme of things. It can give more reassurance and comfort to freelancers themselves, while at the same time allowing clients to have more freedom in picking who they want to work with and knowing that they’re making the right choice.

Treylance is already leaving its mark on the freelance market, and it would be interesting to see the platform’s progress in the near future. If all predictions about the freelance market turn out to be true, then we might be in for a very interesting period of growth and rapid expansion not too long from now. At the same time, those who take advantage of this situation early on are the ones who stand to benefit the most in the future. Platforms like Treylance might eventually have an established place in the freelance market, making it challenging for newcomers to make a name for themselves.

The bottom line is, those who want to take full advantage of the freelance market and what it has to offer should be among the pioneers of a white glove freelance service like Treylance. It may be hard to predict the future, but one thing is certain at this point – freelancers are going to have a major presence in it. And it’s definitely great to see the work of people like Mike Raitsyn. Platforms like Treylance that offer a white glove freelance service are likely going to be among the major driving forces of the market of tomorrow, and it’s important to follow their development from early on.