Shelter is one of the basic needs of man. Unfortunately, just because it’s a necessity, it doesn’t necessarily mean that this comes cheap. In many countries and big cities of the world, the rising prices of real estate, both for rent and property ownership, affects just about everyone. Dublin is one of these cities facing this impending crisis

When you live through this life, you’ll come to realize that one of the biggest bulk of your expenses will always be correlated with housing expenses, and a rental crisis might be not what you need. 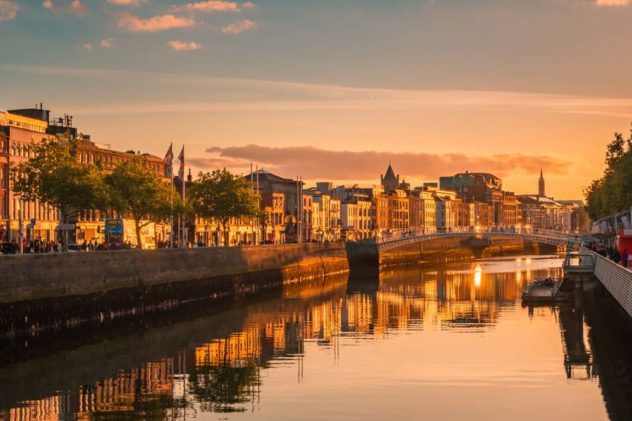 “A shortage of affordable housing and a growing gap in affordability between the most and least expensive rental properties on the market is exacerbating the growing housing crisis in Ireland,” says Lotus Group chairman David Grin.

A report released by real estate market analysts at Goodbody stockbrokers suggests that the Dublin rental market is less affordable for lower-income households than some of the most notoriously expensive cities including New York, San Francisco, and London. A rental crisis may soon hit the Irish capital. Yes, Dublin still is one of Europe’s most expensive cities to live in.

But, how exactly did this reach the point that even housing in Dublin has become quite a luxury? Read through this very informative commentary and reflection below to learn more about an impending rental crisis.

Rising rents in the Irish capital

The report ranks Dublin as the fourth most expensive city for apartment rentals in Europe, noting that rental prices became less affordable by five percent in the past year.

A local Dublin SEO expert can even see how the online rental market prices have skyrocketed in recent years. the online trends and prices seem to be bleak for the future also, going by their data research.

David Grin, the chairman of Lotus Investment Group, a private equity firm that has become a leading property financier contributing the completion of 2,800 homes across Ireland, noted that this statistic does not come as much of a surprise.

He said, “When Lotus entered the Irish market in 2013, we recognized a strong demand for funding in the property sector. The demand for housing has only continued to grow, leading to the housing shortages the country is experiencing now. The housing crisis has driven prices up and exposed weaknesses in the real estate sector.” To meet the housing demand of the local Irish, at least 14,000 new homes have to be made annually. Else, the scarcity will only continue to lead the price up even higher in the coming years. Yes, it might face a worsening situation.

Lower-income households appear to be bearing the brunt of the growing housing crisis. With a documented shortage of available housing, they seem to be the hardest hit by climbing rental prices. The recent ‘Rent Index’ published by the Residential Tenancies Board documented a 6.9% average rental price increase for the fourth quarter of 2018 in a continuing escalation of rental prices in recent years.

Unfortunately, for these lower-income households, it means that the rates of homelessness are going to increase. Many will have to depend on council housing, which also doesn’t necessarily come cheap. Not only is this causing financial hardship among the locals, but also emotional anxiety as well.

As parents struggle day-by-day with the hope of eventually making it out of this negative situation that they’re in, children are suffering the living conditions that they’re in, too. Homeownership or rental, is in fact, already a luxury.

Along with all of the problems that low-income families go by, there’s also that constant desire to look for extra income. But, where are they to find work when the opportunities are also scarce for these employees?

Thankfully, technology has paved the way for more work one can do online. You can earn a little extra income to help pay for your rent by doing surveys from websites such as SurveyGuide.net. While it may not be much, the amount does accumulate, allowing you to have a little extra on the side.

The Goodbody report also indicated a narrower gap between the most and least expensive rents in Dublin in comparison to other cities. Rental rates for a two-bedroom apartment in Dublin’s most expensive district was found to be 1.8 times more expensive than an apartment of equivalent size in the cheapest areas, compared to a 3.8 price disparity in Paris, 3.2 in New York and 2.4 in San Francisco.

According to the senior real estate analyst for Goodbody, Colm Lauder, “In most comparable developed cities, our analysis shows the difference between the top and bottom quartile is over triple the rent, but in Dublin, it is only 1.8 times.”

One factor contributing to the disparity in rental prices when compared to other major cities is Dublin’s poor public transportation, which has effectively reduced the affordable rental options by limiting the locations that tenants can move to in order to save on rental rates by putting them out of practical commuting distance.

Other cities also have better social housing options available for low-income earners. David Grin explained that government housing policy and the current market is forcing low- to middle-income earners to allocate a larger percentage of their disposable income on rent.

The report did find that tenants currently occupying the most expensive rental properties in Dublin appear to faceless rental pressure than their counterparts in other major cities. A tenant in a premium 93sq m (1,000 sq ft) apartment located in one of the most sought-after districts in Dublin commits an average of 60 percent of their disposable income to rent.

A tenant in a similar situation in London will pay more than 100 percent of average disposable income on rent, this figure is close to 100 percent in New York, Paris and Lisbon. These figures are attractive to tech and finance firms looking to relocate in the wake of a possible Brexit, who will likely be comparing the rental market for mid-to-high level properties in equivalent markets.

Property downsizing by retirees and older people has recently received attention because it could potentially make more affordable properties available to young families. However, these individuals may face practical barriers to downsizing their accommodations within the current market.

A survey recently conducted by Lotus Investment Group found that 74 percent of retirees would consider moving and downsizing their property if certain requirements were met, which might include a garden or space for entertaining, for example. The reality is that many of these hypothetical requirements cannot be met by the market at this time.

David Grin recognized that regardless of the challenges raised by downsizing, “it is likely to receive a lot more airplay in the months and years to come, as the supply of property continues to fall short of demand.”

According to Grin, “The crisis of the shortage of affordable housing has the market scrambling to keep up with the growing demand. Developers and home builders are trying to meet ambitious government planning goals of adding 112,000 new homes over the next decade. Vacant and underused properties are also being given a second look by investors and property buyers as a possible short-term way to alleviate the housing crisis. Unfortunately, it does not appear that there will be a solution to the disparity between demand and the housing supply soon.”

Without a doubt, Dublin is a nice place to live in. But, for the time being, if you’re considering moving to this Irish capital, you’ve also got to be prepared for the expense that it’ll entail. The cost of living is so high. Hence, it’s right to expect that finding a rental property that works to be a match for your income might become a crisis.

Currently, the scarcity and the cost of housing in Dublin is one of its major problems. So, this is something that middle-income and low-wage earners will also have to be very prudent about.

6 reasons why your business should consider European expansion